The Department of Social Services has seen rapid turnover at both the levels of top leadership and caseworkers. 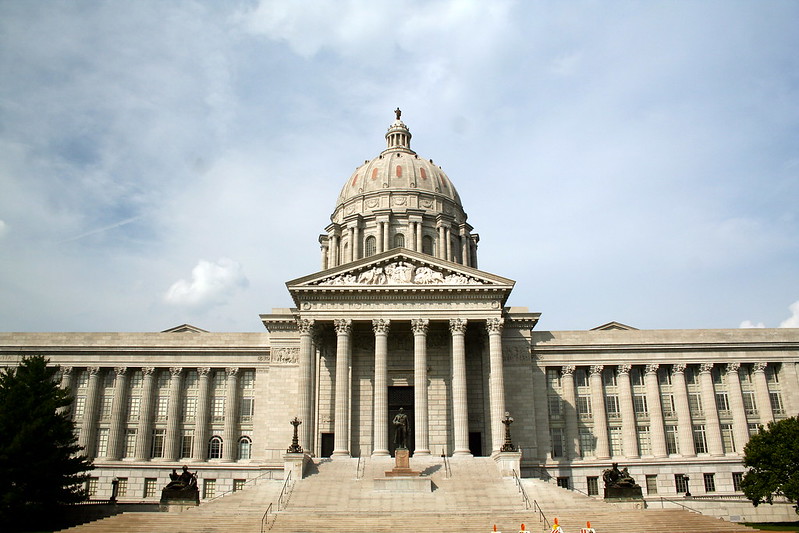 The new director of the Department of Social Services’ Children’s Division painted a grim picture Tuesday of an atrophying child welfare department that is facing severe staffing shortages and leaving remaining caseworkers overwhelmed.

Darrell Missey, the director of the Children’s Division, told lawmakers on the Joint Committee on Child Abuse and Neglect, that there are 237 vacancies across the division, leaving only 1,054 of the 1,291 budgeted caseworkers filled. Many caseworkers are “drowning” and are assigned well above the accreditation standard of 15 cases each, he said.

Missey recounted speaking with a caseworker in Liberty this past week who said the 38 cases she was tasked with was preventing her from being able to do her job successfully.

“And she’s not the highest I’ve heard,” Missey said. “She’s just the one who was crying with me this week.”

He’s the division’s 9th director in the last decade, and follows a long string of directors as the department has seen rapid turnover at both the levels of top leadership and case workers.

The department has come under intense scrutiny from lawmakers in recent years for low morale, low pay and high vacancies of caseworkers, its handling of allegations of abuse and neglect at unlicensed boarding schools and for its failure to notify authorities when foster kids are reported missing.

The department has attempted to recruit employees, Missey said, but at a recent hiring event in Kirksville nobody came.

“My perspective is we’re treading water,” Missey said. “I mean, we’re doing our best to stem the bleeding.”

Between March 2020 and October 2021, there was a 76% decrease in the number of applicants, with an average of eight applicants per job posting in October, said Joanie Rogers, the division’s deputy director of operations and administration.

“For instance in Kansas City, where staffing has been a real challenge, last I checked they may be up to 88%,” Rogers said.

While funding for 5.5% pay raises for state employees that lawmakers passed in February was “a very good start,” Missey said a broader conversation is still needed to overhaul the division’s compensation and workload.

“If I tell you we need to double our number of people, it doesn’t matter when I can’t fill these 237,” Missey said of the vacant positions.

Even with the pay raise, the division’s starting salary is $34,666, Missey said, which puts Missouri at roughly $10,000 lower than neighboring states of Iowa, Nebraska and Illinois that also require a college degree for their positions.

“I believe it’s time for us to really put our money where our mouths are when we’re talking about protecting and looking after children,” said Rep. Raychel Proudie, D-Ferguson.

Rep. Keri Ingle, D-Lee’s Summit and a former Children’s Division investigator, said her salary when she started in January 2008 was $26,000 annually.

With unsustainable caseloads, Ingle said the duties of the job follow workers home even when they’re off the clock.

“And so you live in the state of fear that something horrible is going to happen to one of your families,” Ingle said. “And you’re going to be responsible for it because you were unable to help them and it was your duty.”

Missey said a child welfare culture based on reacting out of fear needs to be replaced with a proactive model driven by hope and best practices.

Lawmakers also pressed department officials on why technology upgrades, like a mobile app to allow for streamlined communication between caseworkers and families, have yet to be implemented.

When Rep. Hannah Kelly, R-Mountain Grove and vice chair of the committee, asked why the mobile app had not yet been launched despite lawmakers appropriating $1 million in funding, Patrick Luebbering, DSS’ chief financial officer, said the money had been in a fund that had “no federal cash source” to back up the appropriation.

Planning for the app has continued, and funds have been requested this year as part of a $40 million request to upgrade the department’s case management system.

Robert Knodell, the department’s acting director and Gov. Mike Parson’s former deputy chief of staff, said the system replacement is an “existential priority” for the department and an essential workforce recruitment and retention tool.

“Those of us sitting in offices in Jeff City can build the best system in the world,” Knodell said, “but if it doesn’t work for the people on front lines, as has been mention as an example, then it will fail.”