Lawsuit stems from a complaint over her report concluding the attorney general’s office may have misused state resources under Josh Hawley. 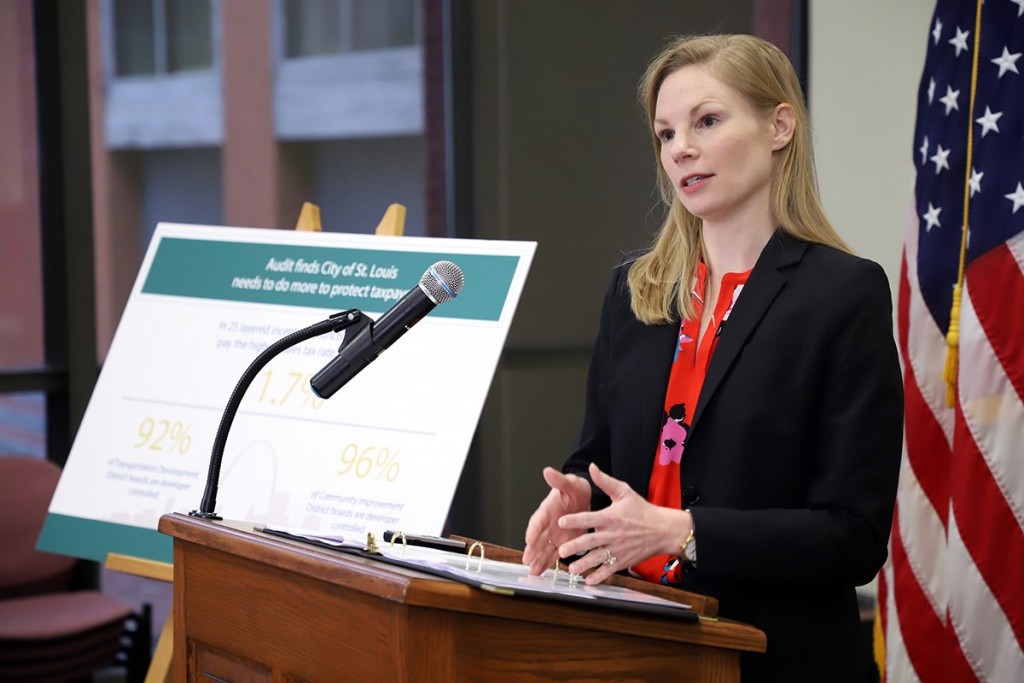 Missouri Auditor Nicole Galloway filed a lawsuit Wednesday against the State Board of Accountancy alleging it is threatening discipline against auditor’s office staff stemming from an investigation of Josh Hawley’s time as attorney general.

Galloway, a Democrat, argues that the board is misapplying a state statute in a way that could bar the auditor’s office from publicly disclosing facts and findings about government inefficiencies, waste, fraud and abuse.

According to the lawsuit, the board’s interpretation would give government entities veto power over information included in audits as well as endanger the CPA licenses of people working in the auditor’s office.

“This office is turning to the Missouri courts to preserve and protect the constitutional authority of the state auditor — current or future — as the taxpayers’ independent watchdog,” Galloway said in a statement.

At issue is an audit released in February 2020 that found the Missouri Attorney General’s office under Hawley may have misused state resources to boost his successful campaign for the U.S. Senate.

Within weeks of being sworn in as attorney general in January 2017, Hawley brought in out-of state political consultants to help direct his office who would go on to run his 2018 campaign that unseated Democratic Sen. Claire McCaskill. Whether Hawley or his staff broke the the law is unclear, the report concluded, because they regularly conducted state business off government servers through use of private email and text messaging.

Hawley cried foul, denying any wrongdoing and filing a complaint with the board of accountancy.

Eight months later — and just one month before the November election in which Galloway was challenging Republican Gov. Mike Parson —the board launched a formal investigation.

The board, which is appointed by the governor and whose vice president was tapped by Parson to serve as chairman of the Missouri Republican Party this year, denied at the time any partisan motivation in launching its inquiry.

Galloway would go on to lose to Parson the next month.

The lawsuit says the board issued settlement agreements in July 2021 offering public censure that contained “none of the allegations that originated from Josh Hawley’s complaint.”

However, the board contends that auditor’s office staff will be subject to discipline unless they allow governmental entities being audited the opportunity to review what appears in the final audit report released to the public.

That, the lawsuit says, would give government entities “the ability to simply decline to have facts and findings about operational deficiencies or even illegal activities included in the final report.”

A spokeswoman for the Missouri Department of Commerce & Insurance, which oversees the board, said she the department has not been notified of the lawsuit.

In a tweet responding to news of Galloway’s lawsuit, Hawley said: “End the culture of corruption. Resign.”