Jackson County Prosecutor says AG’s role should be a ‘check’ on local prosecutors, not ‘firing cannons’ at them. 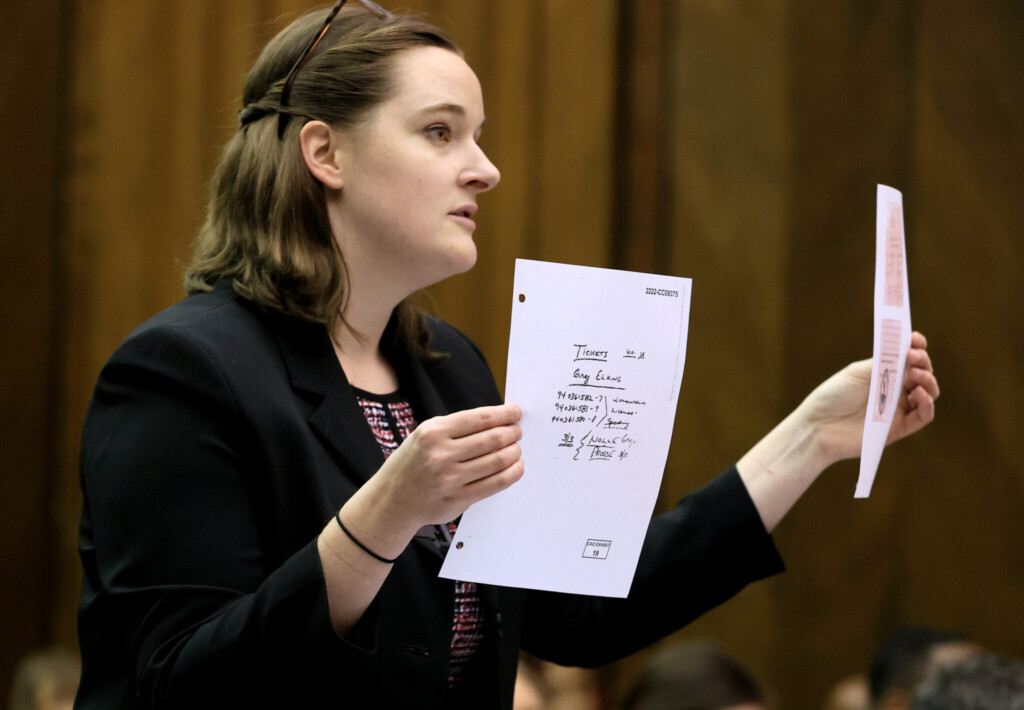 “There’s so many documents here,” he said last week to Assistant Missouri Attorney General Miranda Loesch, pointing to the stack of evidence files in front of him.

“You will almost have to be saying that they’re all fake documents in order to get anywhere,” he said, “and that’s a long way to go.”

It was 4:55 pm on only the second day of Lamar Johnson’s wrongful conviction hearing, and Mason was losing his patience. He had already entertained two full days of long-winded challenges from the assistant attorney generals’ table.

He had three more days to go.

This time, Loesch was questioning evidence that showed the prosecutor in Johnson’s 1995 murder conviction paid about $4,000 for the living expenses of his only eyewitness in the months leading up to the original trial.

The attorney general’s team said they needed more proof that the documents were real, even though copies of most checks were in the file and a custodian of records signed an affidavit confirming the payments’ validity.

That’s when Special Assistant Circuit Attorney Charles Weiss stood up and said: “Your honor, they object to everything.”

Weiss said the attorney general’s office wouldn’t even agree that the killing took place on Oct. 30 at Louisiana Ave. without additional proof — the most clear fact of the case.

Johnson’s case marks the first time a St. Louis judge has heard an innocence claim filed by the city’s prosecutor.

Up until last year, if elected prosecutors believed a person was wrongfully convicted, there wasn’t anything they could do about it.

A 2021 state law changed that, giving them a pathway to present evidence of innocence to a judge during a hearing. It also carved out a narrow role the attorney general’s office can play in these hearings.

And some legal experts argue Attorney General Eric Schmitt has stretched that role to its limit — and perhaps even gone beyond it — as he’s contested innocence cases.

“Because it’s such a new law, it almost feels like judges don’t know how to handle it,” said Chelsea Merta, a civil rights attorney from St. Louis who followed Johnson’s hearing. “They don’t know how to treat it, and so the attorney general is just walking all over everyone.”

Jackson County Prosecutor Jean Peters Baker, who prosecuted the first case under the new law and helped draft the legislation, said the attorney general acts as if his primary duty is to defend convictions, rather than abiding by the oath he and all prosecutors take to seek justice.

“Presently, the way this attorney general is handling these cases, it becomes the story more than the wrongful conviction,” Baker said. “And you have to really ponder that.”

Under the law, the attorney general’s office isn’t a party in wrongful conviction cases — meaning it isn’t required to participate at all. It’s up to the elected local prosecutors to provide “clear and convincing” evidence of a wrongful conviction.

The state law says the attorney general’s office can “appear, question witnesses, and make arguments in a hearing of such a motion.” It doesn’t say the attorney general can call witnesses — which the office did last week and did in the Kevin Strickland in 2021, which Baker brought forth.

The attorney general’s office assigned four attorneys to the case to argue Johnson was guilty. And while the attorney general is meant to be a backstop to the prosecutor’s argument, the judge’s exasperation last week seemed to come when assistant attorneys general threw arguments at the wall to see if they’d stick.

“It’s a check,” Baker said of the attorney general’s role outlined in the state law. “It’s not a mallet to hit the local prosecutor with. It’s not a cannon that you should fire at the prosecutor.”

“It is kind of an article of faith on that side that a conviction is a conviction that is entitled to respect,” Wolff said, “no matter how much evidence there is that it was wrong.” 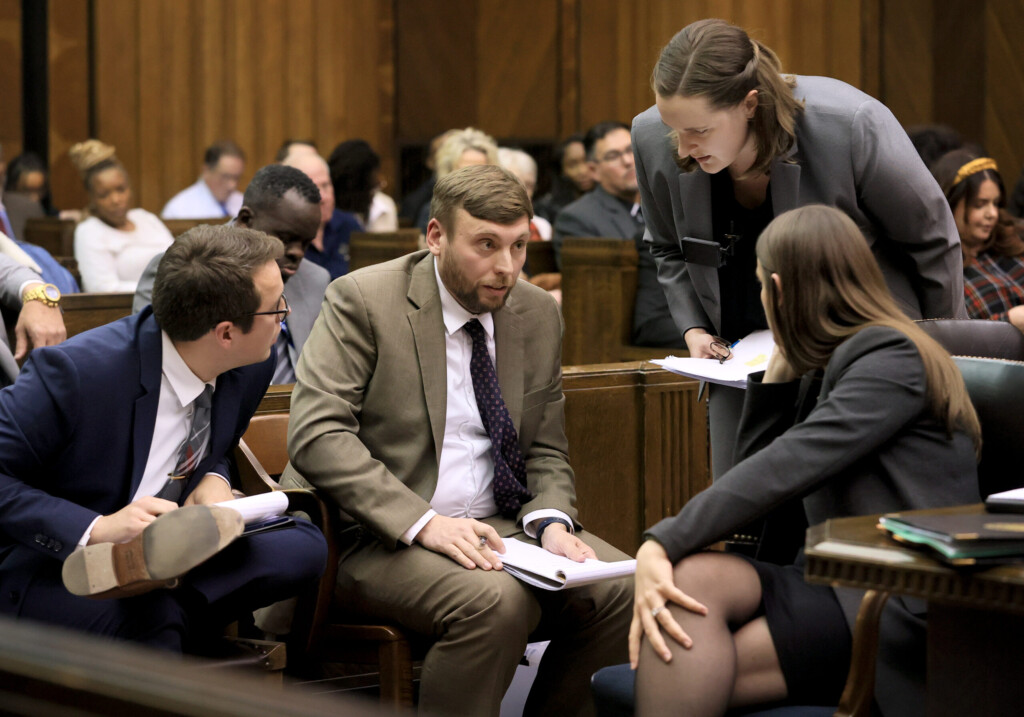 Johnson’s case actually began in 2019 when Gardner filed a motion for a new trial for Johnson, the first exoneration case for her conviction-integrity unit.

The effort was quashed when the Missouri Supreme Court ruled in March 2021 that prosecutors didn’t have the right to ask for a new trial in cases of innocence or wrongful prosecution.

So state legislators passed the law giving them the power a few months later.

Stith wrote that in the last decade, the Missouri Supreme Court and the Court of Appeals have granted post-conviction relief or issued writs of habeas corpus that have vacated the convictions of more than 10 people.

“In each such case,” she said, “the attorney general opposed relief.”

Stith also said the attorney general had argued that he was “required” to oppose Johnson’s attempts to obtain a hearing on his newly discovered evidence, so he didn’t show bias to Johnson.

“In suggesting it is his duty, and that of the circuit attorney, as representatives of the state, to oppose a request for habeas or similar relief, the attorney general misunderstands the full extent of the prosecution’s role in the justice system,” Stith wrote.

She pointed to a U.S. Supreme Court ruling stating that prosecutors have a “duty to seek justice, not merely to convict.”

Since the state law went into effect in August 2021, three prosecutors have filed motions to vacate murder convictions, in cases where they believe the people are innocent.

All three cases have one thing in common: Fierce opposition from Schmitt.

For decades, the Missouri Attorney General’s Office — whether led by a Republican or Democrat — has had a blanket policy of opposing any requests for relief in wrongful conviction cases.

According to an investigation by the nonpartisan news nonprofit Injustice Watch, the office has opposed calls for relief in nearly every wrongful conviction case that came before it and has been vacated since 2000.

Wolff believes this ardent ideological opposition was most visibly displayed during the Joe Amrine case – a wrongful conviction case that came before the Supreme Court when he was on the bench.

In 2003, Stith had posed a key question during a hearing for Amrine, who was facing execution at the time. She had asked the then-assistant attorney general, “Are you suggesting … even if we find that Mr. Amrine is actually innocent, he should be executed?”

“That is correct, your honor,” he said.

Wolff remembers that day well, he said, and was floored by the response, but not necessarily surprised.

Amrine was exonerated, but each attorney general who followed has upheld that sense of “duty,” as Stith put it, to oppose relief in wrongful conviction cases.

“Their obligation is to do justice,” Stith told The Independent last week, “which means if there’s a wrongful conviction, it’s their obligation to bring that before the court and they have no obligation to pursue someone who the record shows should not have been convicted.”

Schmitt is leaving office next month, after winning the U.S. Senate race. Andrew Bailey will take over. Peters Baker is hopeful the change in leadership will change how the office handles these cases.

“They have a new leader coming in,” Baker said. “Leadership could redirect this type of litigation, and how they want to be seen and how they pair that role with their actual oath of seeking justice.”