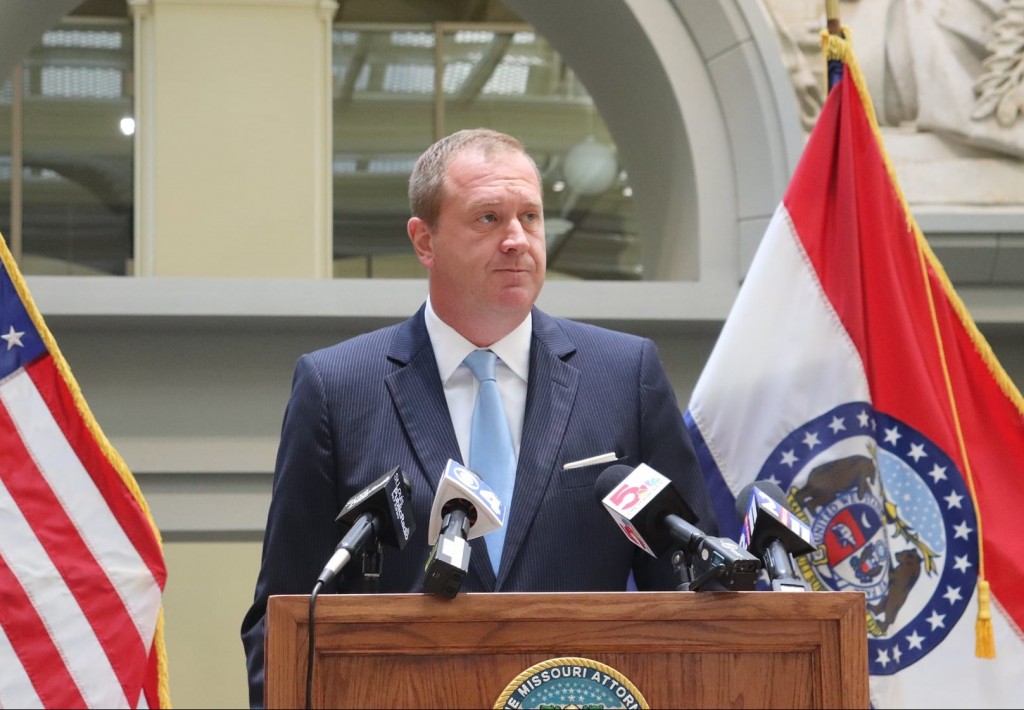 Attorney General Eric Schmitt announced Monday he was suing nine more school districts over their mask mandates, including a school district in St. Louis County that serves students with disabilities.

The additional lawsuits bring the total filed in recent days to 45, as Schmitt continues his legal push to end mask mandates across the state.

The nine districts facing litigation Monday are primarily located throughout the St. Louis metro, and include the districts of Bayless, Jennings, Lexington, Kirkwood, Ritenour, Hancock Place, Meramec Valley, University City and the Special School District of St. Louis County, which is the largest district in the state that serves students with special needs.

Chris Nuelle, a spokesman for Schmitt, said the nine districts were sued Monday because “there simply wasn’t enough time in the day on Friday to file all of these lawsuits.”

“We filed lawsuits against school districts that we identified as having a mask mandate,” Nuelle said, “and if we learn of others we will consider further legal action.”

The lawsuits allege that, “school districts do not have the authority to impose, at their whim, public health orders for their schoolchildren,” and that state lawmakers did not grant schools the authority to hinge in-person attendance on wearing a mask.

However, school districts that previously faced cease-and-desist letters from Schmitt have pointed to a variety of state statutes that allow school boards to issue regulations and more explicitly give schools the authority to remove students from the classroom who may transmit a contagious disease.

The Francis Howell School District in St. Charles County, which was sued by Schmitt last week, issued a statement Friday defending its authority to issue mask requirements and arguing locally elected school board members are tasked with making decision for the district’s students — not the attorney general.

“The lawsuit filed by Schmitt is a waste of taxpayer money — on both sides,” the statement read. “The claims are tenuous at best and this unnecessary lawsuit represents another attack on public education in Missouri. This latest action by AG Schmitt is disheartening, unfounded and frankly, shameful.”

Schmitt had previously sued Columbia Public Schools over its masking requirements, and attempted to have the case apply to all districts with mask mandates. A judge denied that request, and the case was dismissed when Columbia allowed its mask mandate to expire.

Schmitt’s lawsuits come at a time when over 60 school districts have closed for one or more days this month in an effort to curb COVID-19 cases in the classroom, The Kansas City Star reported. Districts have also been pressured to drop mitigation measures in order to receive the state Treasurer’s approval for pending bond deals.

Meanwhile, hospitals continue to grapple with record COVID cases. A 40-member unit from the U.S. Navy is heading to North St. Louis County to assist BJC-Christian Hospital, and nurses who don’t usually care for patients are being required to take on hospital shifts at MU Health Care.