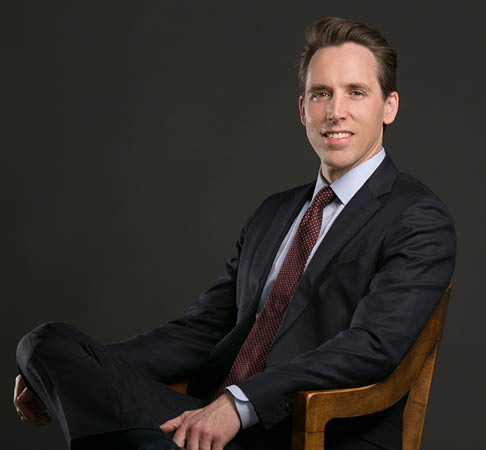 Missouri Attorney General Josh Hawley has hired two partners and an associate lawyer from a high-profile law firm to fight a $900,000 settlement agreement that his agency had agreed to last week but backed away from a day later.

The Kansas City-based Shook, Hardy & Bacon, one of the country’s largest law firms — it has represented Big Tobacco, top pharmaceutical companies and Sprint — has been retained by the Missouri Department of Corrections in a disability discrimination lawsuit brought by Lori Lynn Walker, a former Kansas City prison guard who made $36,000 a year.

Walker’s trial was scheduled to begin on Monday but was canceled last Friday, after Walker’s attorneys, according to court records, had reached a settlement agreement with Michael Quinlan, the chief counsel for the attorney general’s litigation division.

It remains a puzzle why Hawley and the corrections department decided to withdraw from the settlement agreement, which would have paid Walker $400,000 cash plus required the department to rehire her. An evidentiary hearing scheduled for today, April 7, was canceled, in part to allow Anne L. Precythe, the recently hired director of the corrections department, to attend. A new date is still being scheduled, Jackson County Circuit Judge Joel P. Fahnestock’s clerk said today.

Meanwhile, Hawley has bulked up the state’s defense team with the addition of Todd W. Ruskamp and Robert T. Adams, both partners with Shook, Hardy & Bacon, and W. Clark Richardson, their associate attorney.

None claims expertise in employment law. Instead, the lawyers concentrate on banking and financial services, product liability, pharmaceutical and medical devices and mass tort, according to their bio pages at Shook, Hardy & Bacon’s website.

Court records show that Ruskamp has been named the lead attorney. Abbie Elizabeth Rothermich, the assistant attorney general who was handling the case for the state, has been designated a co-counsel.

The state’s contract with Shook, Hardy & Bacon was not immediately available, but hourly rates could run more than $500 an hour, experts say.

Walker’s attorneys, including Gene P. Graham Jr. and David Lunceford, all have extensive backgrounds in employment law. This week they added to their team Michael M. Manners, a former Jackson County trial judge and a lawyer who specializes in personal injury.

Attorney General Hawley has refused numerous requests for an interview.

Walker’s attorneys also have declined to discuss the case.

The Pitch reported in November that the Missouri Department of Corrections has faced — and continues to be challenged by — dozens of discrimination lawsuits. It is now being investigated by a Missouri legislative subcommittee. The story and its follow-up reports detail the discrimination lawsuits and the millions of dollars that the department has already paid for jury awards and settlements over several years.

Since the first story was published, Gov. Eric Greitens replaced DOC Director George Lombardi with Precythe, and second-in-command David Dormire has retired. Kansas City Warden Lilly Angelo has been transferred. All three were expected to testify in the trial.

According to Walker’s lawsuit, she had suffered a seizure at work but, when she asked another employee to help her at least twice, Angelo ordered the employee not to. Walker was taken to a hospital; when she returned to work, Angelo told her she needed a doctor’s approval. When she got that, Angelo ordered her to see a doctor whom Angelo had selected. That doctor examined Walker for one hour and reported his findings to Angelo. It’s unclear what that doctor’s report said, but Walker was subsequently fired for being “absent without permission,” according to her court file.

Settlement talks in the Walker case had been under way for several weeks, according to records filed this week.

On March 23, Rothermich sent an email to Graham that said the state would settle the case for $200,000, half of which would go to the plaintiff’s attorneys, and Walker would be rehired in a probation-and-parole field office in the Kansas City area, according to the court records. The email was copied to Rothermich’s boss, Quinlan, and Assistant Attorney General Brandon Laird.

Graham sent a counteroffer. On March 28, Quinlan responded with another counteroffer. Bargaining continued for the next three days, according to the court records.

In another email, sent that night to Walker’s attorneys, Quinlan wrote that the value of the job reinstatement “is in the $400,000 to $500,000 range considering salary and benefits until normal retirement age, including healthcare and pension.”

The next day, March 31, Quinlan called Graham at noon and said that his client, the corrections department, was refusing the settlement.

“MDOC was not pleased with the settlement that had been reached and that a ‘decision maker’ with the MDOC had suggested to Mr. Quinlan that he did not have authority to offer reinstatement as part of the settlement,” according to records filed by Graham.

The “MDOC decision maker” was not identified, Graham wrote.

Walker’s attorneys are asking Judge Fahnestock to enforce the settlement agreement of $400,000 cash and job reinstatement, or to pay Walker $900,000 cash.