Minus the Bear at the Granada 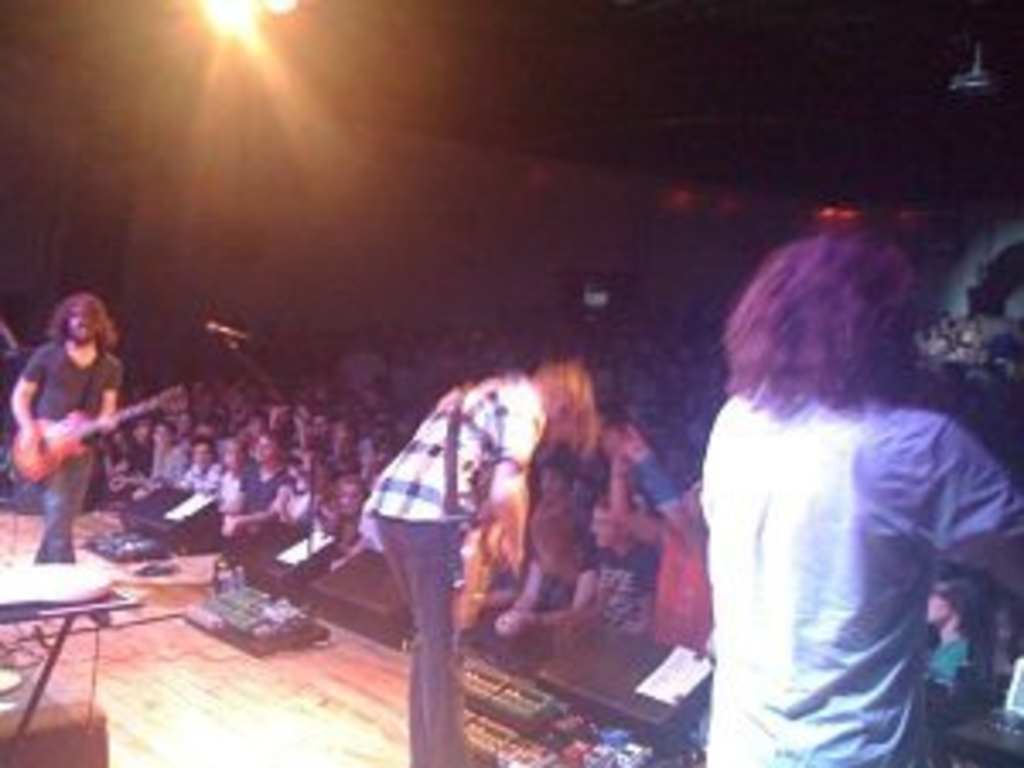 Summer shows are sweat shows at the Granada. And though heat supposedly rises, I’ve learned to avoid the lowest point in the auditorium in favor of the better sightlines and less interactive spectator experience (translation: less accidental collisions from dancing strangers) offered on the main level. The air was definitely more breathable outside the pit last night.

However, having seen Minus the Bear at the Granada at least three times now, I couldn’t help feeling like the crowd, although sizable, was a little smaller than in the past. It wasn’t hard to keep my spot-with-a-good-view just behind the railing. And at the beginning of the headliner’s set, I was easily able to sneak down to the floor right in front of the band on stage left. (That is, before I utilized a photo pass to gain access to the side of the actual stage, where I could get slightly clearer shots — of the musicians’ backs — with my camera iPhone.)

More fuzzy pics after the jump.