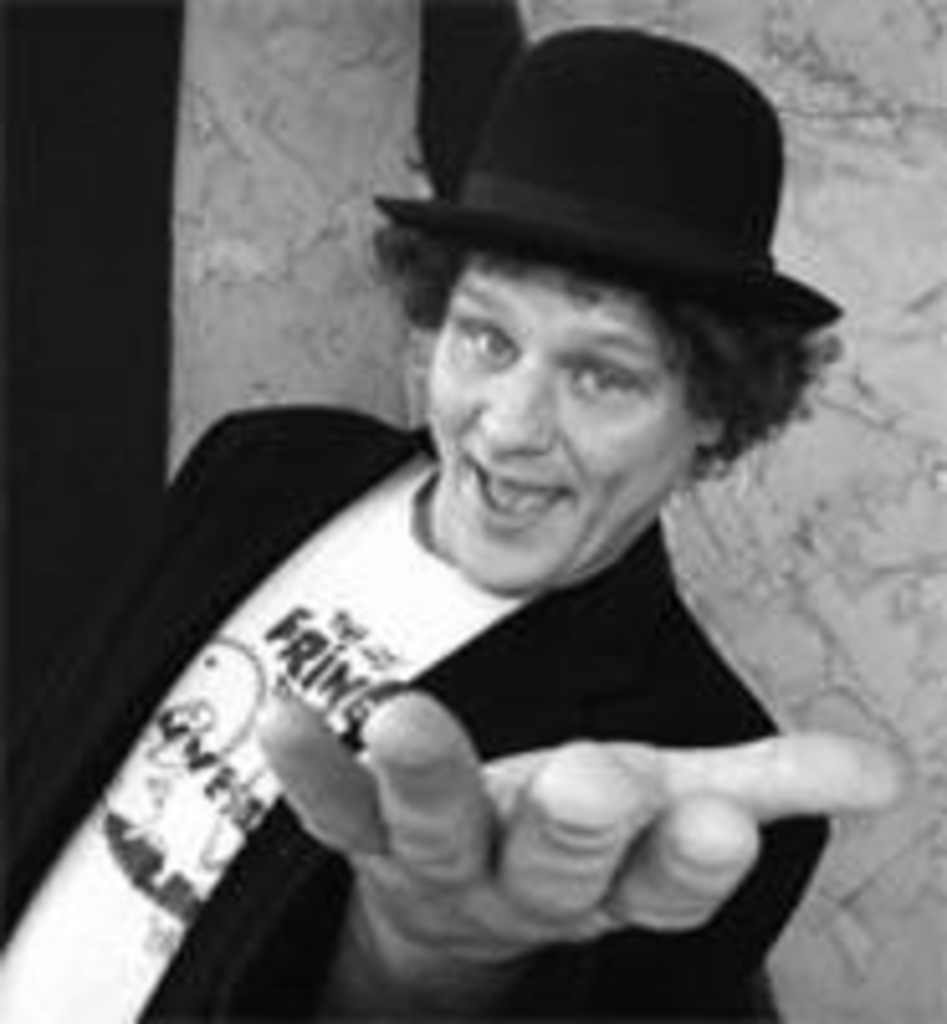 10/14-10/16
If, as Woody Allen says, everything we used to think was good for us is bad, then maybe some things we used to shun are worth our time. Things like fondue. Or mime. In the footsteps of silent Billy, who nailed the funniest bit in The Aristocrats, here come Dean Hatton and Beth Byrd, the creators and stars of You Can’t Do That in a Mime Show. A PG-13 showcase of mime — not just as an art form but as an honest-to-God good time — the show promises physical comedy and something Hatton and Byrd call “musical gross-ology that will send your mind to places it’s not allowed.” We can’t speak to that, but local gal Byrd is a gifted, spirited performer who summons wonder with deceptive ease. She marks new territory at 8 p.m. Friday and Saturday and 2 p.m. Sunday at Just Off Broadway Theater (3051 Central, 816-753-0517). — Alan Scherstuhl

Get a Handel on It

FRI 10/14
Even though we’ve seen Christmas displays sneaking into department stores, it’s not time for The Messiah just yet. But classical music lovers eager for their Handel fix should check out the Kansas City Baroque Music Consortium, which aims to promote the music of the 17th and early 18th centuries. Its first concert, The Sacred Baroque, is at 7:30 p.m. Friday at St. Andrew’s Episcopal Church (6401 Wornall Terrace). Virginia Tech University’s chamber singers perform Handel’s “Dixit Dominus,” and Vivaldi and Bach are also on the bill. Admission’s free, so don’t worry if you’re … you know. Call 816-590-9605. — Rebecca Braverman

10/18-11/5
Technically, Union Station’s latest dramatic offering is geared toward a younger set — specifically, preschoolers. But from the beginning of E.B. White’s classic farm tale, Charlotte’s Web — “Where’s Papa going with that ax?” — to the end, we adore Fern, Wilbur and the title character, a fictional spider who actually made us, at the age of 7, reconsider our recreational stomping of insects. (OK, so we never liked Templeton … but how perfect will Steve Buscemi be playing him in the 2006 film version?) The scene in which Wilbur promises to care for Charlotte’s baby spiders inevitably incites tears, which escalate into all-out sobbing after he commissions her daughters to weave this eulogy: “brilliant, beautiful and loyal to the end.” The Theatre for Young America’s production premieres at 10 a.m. Tuesday at the City Stage (30 West Pershing Road) and runs through November 5. Call 816-460-2020. — Annie Fischer