Milton Brown and His Musical Brownies 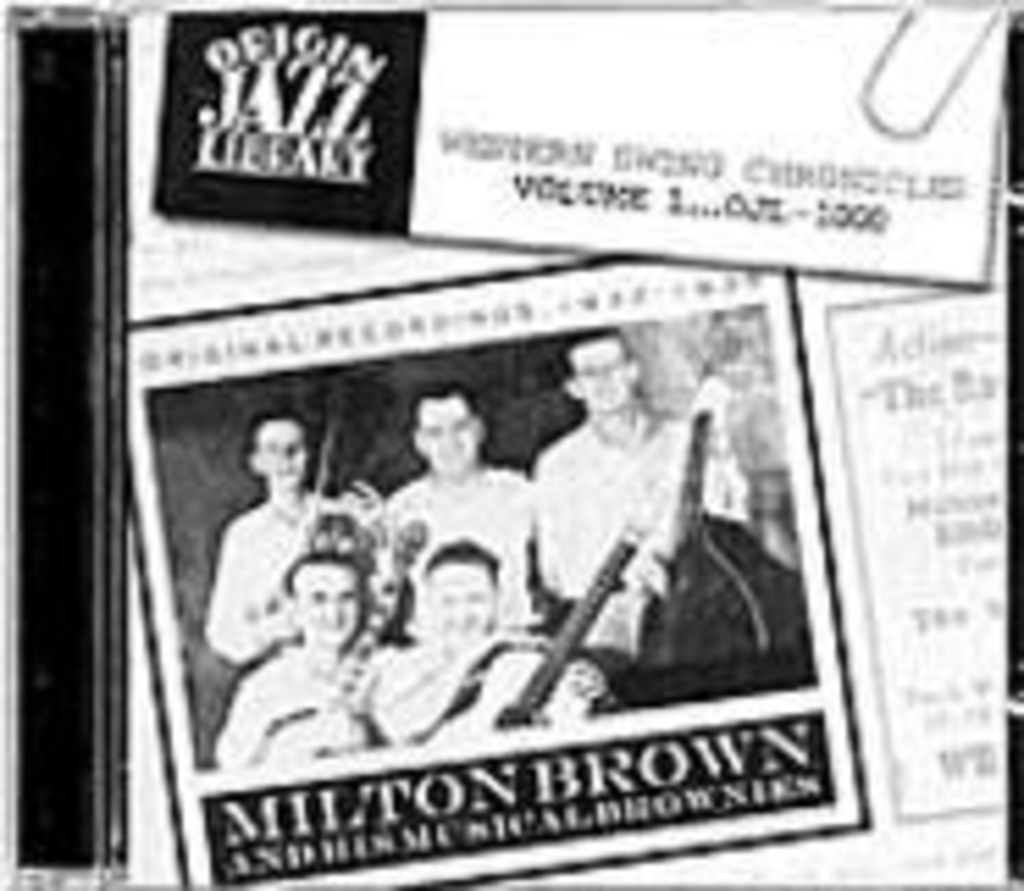 As popularly perceived, the history of American music consists of two separate but equal narratives. Some music is clearly “black,” and some is self-evidently “white.” End of story. But the reality is considerably more complicated than that — and a lot more interesting. Jim Crow notwithstanding, American music has always been a child of miscegenation. Several current recordings suggest how this give and take played out in the first part of the last century — the O Brother, Where Art Thou? soundtrack and Bob Dylan’s Love and Theft, for example. But if you want to hear just how thrilling these black and white exchanges sounded back in the day, you could hardly do better than to track down Western Swing Chronicles, Volume 1, a collection of 1930s sides from Milton Brown and His Musical Brownies.

Today we call Brown’s music Western swing, the country music subgenre that packed Southwestern dance halls during the Great Depression, World War II and beyond. Thanks to Bob Wills and His Texas Playboys, the style is now identified with twin fiddles, two-step rhythms and pop-inspired crooning. These “white” signifiers were essential elements in Brown’s sound, too, but Western swing, as Brown invented it in the early ’30s, was just as unmistakably indebted to blues and jazz. (When Brown first heard the hot jazz of Louis Armstrong and others, he must have swooned.) The Musical Brownies was, at heart, a Southern string band; its lineup included stand-up bass, fiddle, guitar, banjo and country music’s first amplified instrument, the steel guitar of Bob Dunn. But this was a string band that improvised over syncopated beats as if it were based in Chicago or New Orleans, not Fort Worth, Texas.

Typical of his era, Brown drew material from a shared reservoir of American song. The 25 cuts on this Origin Jazz Library disc feature everything from sentimental parlor ballads, uptown blues and hillbilly jigs to tunes borrowed from minstrelsy, vaudeville and Tin Pan Alley. No matter what the group played, the Brownies made it swing hard. The band’s version of “St. Louis Blues” remains as musically and emotionally satisfying as any on record, and when the Brownies cut loose on a slice of Americana such as “Yes Sir!” the results were indelible. Dunn makes his buzzing steel bounce around the melody like a Superball; Cecil Brower fiddles as if a scorned woman were hot at his heels; and all the while, Brown tells his tale, wincing at the memories but cracking up, too: When that man walked in her flat, and he hollered out ‘Who is that?’/Did I leave without my hat? Yes sir!

Milton Brown died in 1936 (from injuries suffered in a car accident), which is why former bandmate Bob Wills gets credit for taking Western swing nationwide. But it was Brown’s “hot string band,” fusing black and white styles, that first got the honky tonks jumping. Talk about love and theft.