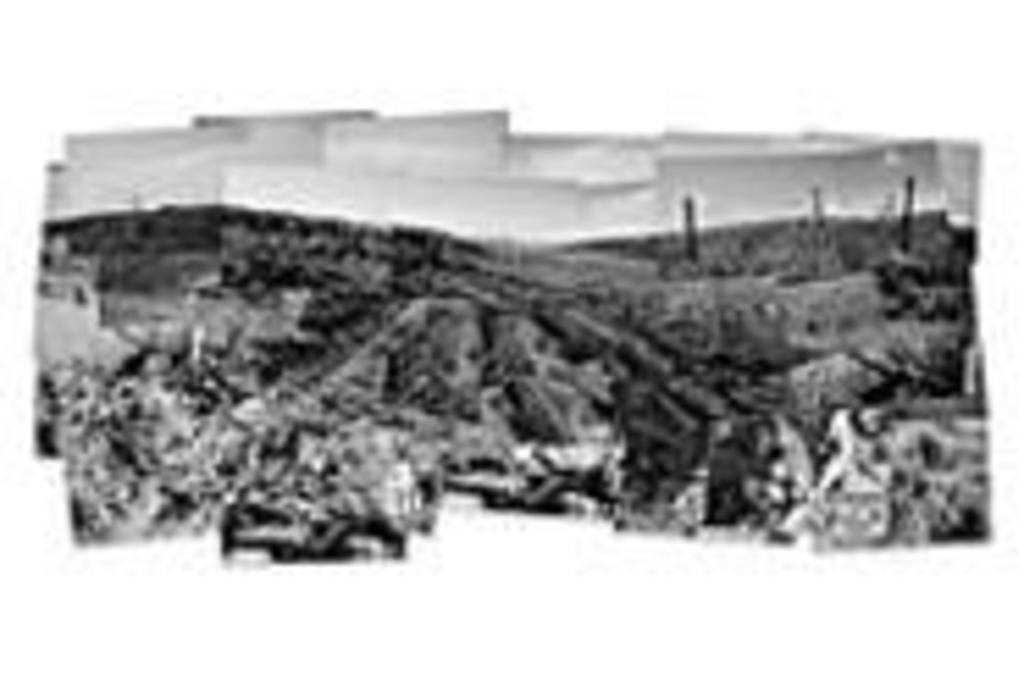 6/4-6/30
Jesse Small makes giant steel sculptures (which, obviously, is ironic given his name). Some of his works are detailed, mechanical-looking pieces: spokes, wheels and intricate curlicues. But he’s best known for the steel-plate stealth fighters that won him a grant from the Charlotte Street Fund and for his participation in the Avenue of the Arts waaaay back at the turn of the millennium. Now, Small is combining bits and pieces of his previous projects, taking decorative elements from some of his abstract stuff and the military theme of his stealth fighters to confuse his domestic and foreign policies like a true politician for a show called After the Heat, which opens from 7 to 9 p.m. Friday at the Leedy-Voulkos (2012 Baltimore, 816-474-1919). Inspired by the history of terra cotta architectural facades, the show is composed of wall-mounted ceramic pieces. Small has incorporated war stuff into the designs, reducing them to frilly, ornamental décor. “This,” he says, “is to redefine the use of military objects and to consider their origin in a context of domestic whimsy.” The show ends June 30. — Gina Kaufmann

FRI 6/4
The Pi Gallery (419 East 18th Street) hosts an opening reception for Trash: Re/fuse, Re/use, Re/mix, curated by Carol Zastoupil and including works by Jeremy McConnell, Jennifer Field, Allan Winkler and others, from 6 to 9 p.m. Friday. New to the Crossroads District, Pi is owned by Jodi Wilkins. Call 816-210-6534 for more information. — Annie Fischer

Denny Schmickle is a Lincoln, Nebraska-based graphic designer who creates kick-ass concert posters for bands like Stevedore, Death Cab for Cutie and the Walkmen. Lesser-known fact: He’s also a painter, and he has a show opening from 6 to 9 p.m. Friday at the Opie Gallery (2012 Baltimore, 816-474-1919). Zigzag in a Work Corridor, Schmickle says, includes panel paintings and “smaller, ready-made-type sculpture and mixed-media pieces.” Translation: gutted alarm clocks that Schmickle then paints and lights from within. The show runs until June 26. — Fischer

SAT 6/5
Wearied by the incessant three-band docket of the KC rock club thing, local promoter Roach felt this town needed a swift donkey kick to the club-life nads. Enter, with hoofs flying, Donkey Show 2 — Son of Donkey Show, Saturday at The Brick (1727 McGee). This breakneck, Golden Corral-like cavalcade of music, poetry, martial arts, film and MC hucksterism showcases, among others, former Frogponder Heidi Phillips, poet Greg Soper and the freak genius of Blo-Chi. Based on his experience with the inaugural Donkey Show, Roach vows that its sequel won’t spare a second for patrons to fixate on the ugly world outside. If they must, however, there’s a Rock the Vote table. Call 816-421-1634. — Scott Hartley