Mike Sanders’ dirty deeds finally caught up to him 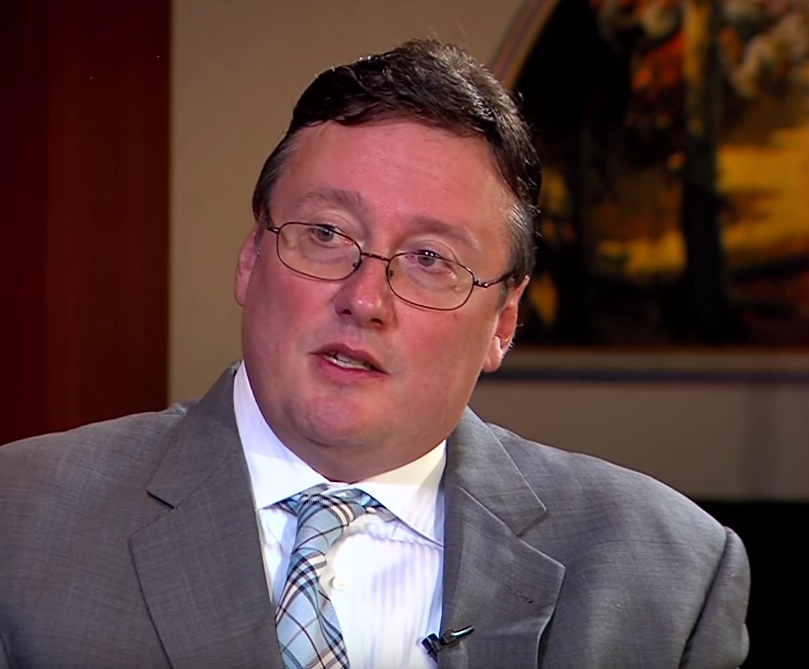 Until the hot breath of the FBI got close enough to singe him, Mike Sanders was the fastest talker in Jackson County.

The Independence lawyer, known for his bad hair and boundless energy, convinced Jackson County voters to elect him prosecutor in 2002. Four years later, those same voters made him county executive. In that office, Sanders talked city and county leaders into a rather audacious plan to combine their separate jails. He almost talked the railroads into opening up tracks for a commuter rail line from eastern Jackson County to Union Station. When he resigned as county executive, in December 2015, he rattled on about all he had accomplished. Then, still talking and furiously cutting deals, he went to work for a politically connected law firm.

By Sanders’ side through it all was Calvin Williford, his aide and best friend. Trotting into meetings and through local halls of power, they made for an interesting pair: Sanders, the disheveled white guy; Williford, his rotund but well-dressed black assistant. Bonded by a friendship that predated Sanders’ election as prosecutor, the two were nearly inseparable. They lunched together frequently. Williford sometimes vacationed with Sanders and his wife, Georgia. Their preferred destination was Las Vegas.

How things change. Sanders and Williford haven’t spoken for weeks. They may never talk again. They appeared in separate hearings in U.S. District Court on Friday, each pleading guilty to charges related to the misuse of campaign funds. Besides hefty fines, both could be sentenced to a maximum of five years in prison.

Documents filed in federal court outline an ongoing tawdry scheme in which Sanders and Williford withdrew campaign funds, enlisted a friendly printer to provide phony documentation, and then used the money either for personal uses or secretive political activities.

In some ways, the charges and pleas are underwhelming, given the length and scope of the FBI investigation. Agents began poking around in the Jackson County Courthouse in 2013. Some county watchers speculate that the probe was comeuppance from one of the eastern Jackson County factions with whom Sanders had engaged in a long-running feud — the politically connected LeVota family, perhaps. Reached Friday afternoon, Phil LeVota said he had heard “that rumor,” but it wasn’t true.

“I have not talked to any law enforcement officer with regard to Mike Sanders,” LeVota said. “Over the years, Mike has blamed me where there’s been bad weather sometimes.”

Regardless of how the agents got there, they stuck around. For four years, they dug into county contracts and COMBAT, the anti-drug and crime program funded through a sales tax. Eventually, they zeroed in on several campaign funds connected to Sanders, including one called Integrity in Law Enforcement, which dated back to Sanders’ days in the prosecutor’s office.

In December, The Kansas City Star published a salacious interview with Steve Hill, a quadriplegic who resides in a nursing home. Hill said that Sanders, whom he had known since childhood, had routinely given him checks from his campaign fund to cash. Sanders told him to “keep a few hundred” for himself, and turn the rest back to him, Hill said. The amount of money involved in the kickback scheme is thought to be about $60,000.

Exactly what Sanders did with the money is not clear. He often talked to reporters and others about the high medical costs he bore related to his two sons, both of whom experienced medical complications at birth. But he was also known for those trips to Vegas, and an affinity for poker. He had an expensive wood shop installed at his home. More recently, he joined a high-end wine club.

But the hobby that consumed Sanders more than anything else was politics. Simply put, he could not stop meddling.

“He gets caught up in the politics and the game,” Mike Sharp, the Jackson County sheriff, tells The Pitch.

Talk to Sanders’ friends these days, and the first thing most will say is they don’t want to be quoted. Many have been visited by FBI agents. But in off-the-record conversations, a phrase keeps coming up to describe the frenetic ex-politician: “Too cute by half.”

What they mean is that Sanders wasn’t as smart as he thought he was. The payments to Hill — documented loosely on campaign forms as “constituent research” and “voter education” expenditures — are a shining example of his hubris. Very wrongly, he thought he wouldn’t get caught.

When Sanders got involved in a campaign, he was a force. People referred to his operations as “the Sanders machine.” In the blink of an eye, it seems, he could produce postcards and mailers, hire canvassers to distribute materials to people’s doors, and commission more people to hand out leaflets at the polls. Williford sometimes hired foot soldiers from halfway houses and substance abuse treatment centers. But the sloppy and nonexistent documentation of those efforts drew the feds’ eye. And both defendants have now admitted they kept some of the profits for personal use.

Sources close to Sanders tell The Pitch some of the money Sanders laundered through Hill was spent on clandestine political activity aimed at helping his friends or undercutting his enemies. In 2009, for example, a postcard attacking then-Mayor Mark Funkhouser began circulating in Kansas City. It was distributed to doors via handout, not mail. In violation of Missouri campaign law, the postcard contained no attribution. Sources say it was the work of Sanders, who sought to undercut Funkhouser behind the scenes while appearing supportive of the mayor in public.

Sources close to Sanders also note that, in 2010, he bankrolled a blog and broadsheet called The Downtowner, whose content was provided by Joe Miller, a disenchanted former aide to Funkhouser. Miller, a former Pitch writer who now teaches at Columbus State University, in Georgia, says he was struggling on a graduate assistant’s salary in Kansas City when Williford approached him with the idea. Williford never told him exactly who was putting up the money for the blog, just that it was “someone who was interested in politics.”

“It was strange working for someone I didn’t know,” Miller says. “Calvin [Williford] eventually told me it was this guy named Ken.”

Miller picked up his checks — $250 a week — at Service Printing & Graphics Inc., a company near downtown that printed the broadsheet. That same printer also handled Sanders’ campaign materials. The charging documents posted Friday for Williford make several references to a printer, described as “Company A.” (Miller said he never received any instructions on content. “The only feedback I got was the person paying for it was kind of happy with it,” he says. But not pleased enough to continue financing The Downtowner beyond a year’s trial. Publication was abruptly shut down in May 2010.)

Sometimes Sanders’ efforts were rewarded at the ballot box, and sometimes they weren’t. Either way, the costs were higher than he could have imagined.

Friends of Sanders tell The Pitch the former pugnacious county executive has been devastated by the probe and fearful for his family. They describe him as “crushed” by Williford’s decision to cooperate with authorities.

“I’m just really concerned about him,” a longtime friend said recently. “His world is caving in on him.”

Many of those friends are themselves in fear that federal agents may still zero in on them.

Williford, who throughout his tenure as Sanders’ chief of staff lived in a rundown midtown neighborhood and worked nearly round the clock on county and campaign business, broke down in court after his guilty plea Friday. “I am such an idiot,” he told family and friends.

But Sanders, the fastest talker in Jackson County, had nothing left to say. He stood silent after his guilty plea, letting his lawyer speak for him.

“Mike set out to do good work for the people of this community, and he made many positive and constructive improvements,” Sanders’ attorney, J.R. Hobbs, said. But, Hobbs added, “mistakes come with a price.”