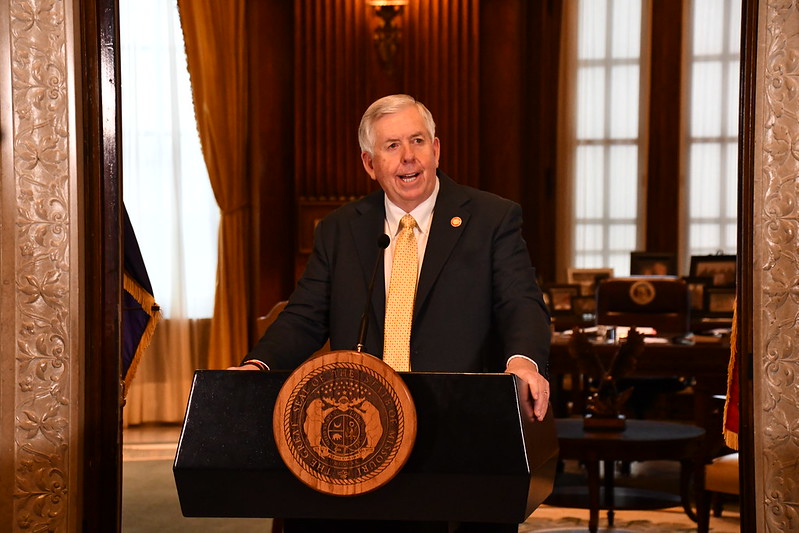 Press the F12 key on your keyboard.

What you see is an HTML source code. According to Missouri Governor Mike Parson, you are now officially a hacker. Luckily, Cole County Prosecutor Locke Thompson—a member of Parson’s party—disagrees.

The governor had a problem and attempted to prosecute a whistle-blowing journalist to solve it. Parson’s administration left approximately 100,000 social security numbers (SSNs) and addresses of school teachers, counselors, and administrators available in the HTML code on a publicly viewable state-run website—all a mere click away from hand feeding identity thieves.

Enter our hero Josh Renaud, journalist and web developer for the St. Louis Post-Dispatch. Renaud saw what appeared to be a social security number in HTML code on the Missouri Department of Elementary and Secondary Education (DESE) website. He gathered three teachers and confirmed that SSNs had been exposed.

Renaud did the right thing. He notified the DESE as well as the teacher’s union and waited a few days while the state corrected the data breach. He proceeded to write an expose in the St. Louis Post Dispatch about the state of Missouri neglecting cyber security and endangering teachers’ identities.

“My actions were entirely legal and consistent with established journalistic principles,” says Renaud.

What Parson did next is prime example of cold-blooded politics.

The governor instructed Education Commissioner Margie Vandeven to send a message to every Missouri teacher stating:

“An individual took the records of at least three educators, unencrypted the source code from the webpage, and viewed the social security number of those specific educators.”

This was Renaud’s verification process before turning over his findings to authorities.

Parson tried to prosecute the messenger. Piling onto the national conservative trend to blame the media, Parson held a press conference where he described Renaud’s actions as a sophisticated multi-step hack.

“This individual is not a victim,” said Parson in the news conference. “They were acting against the state agency to compromise teachers in an attempt to embarrass the state and sell headlines for their news outlet.”

Parson had the Missouri Highway Patrol investigate Renaud over the past four months and recommended prosecution for the watchdog journalist. The investigation is over, and Prosecutor Thompson says there are no grounds for charging Renaud.

“It is not in the best interest of Cole County citizens to utilize the significant resources and taxpayer dollars that would be necessary to pursue misdemeanor criminal charges in this case,” says Thompson.

A faulty state-run site is Parson’s problem. A good Samaritan journalist just showed the issue existed. The governor thought he could shift the blame from himself and take down a news source exposing his bad side. He was wrong.

“This was a political persecution of a journalist, plain and simple,” says Renaud.

The problem existed before Renaud. Missouri’s state-run websites may as well be run by a steam engine.

Parson claimed that Renaud was acting against the state to shame his administration. A journalist’s job is to hold those in power accountable. If news coverage embarrasses Gov. Parson—well, he should try not to be an embarrassment.

There is only one actual hack through this saga: Mike Parson.