Mike of the Jungle 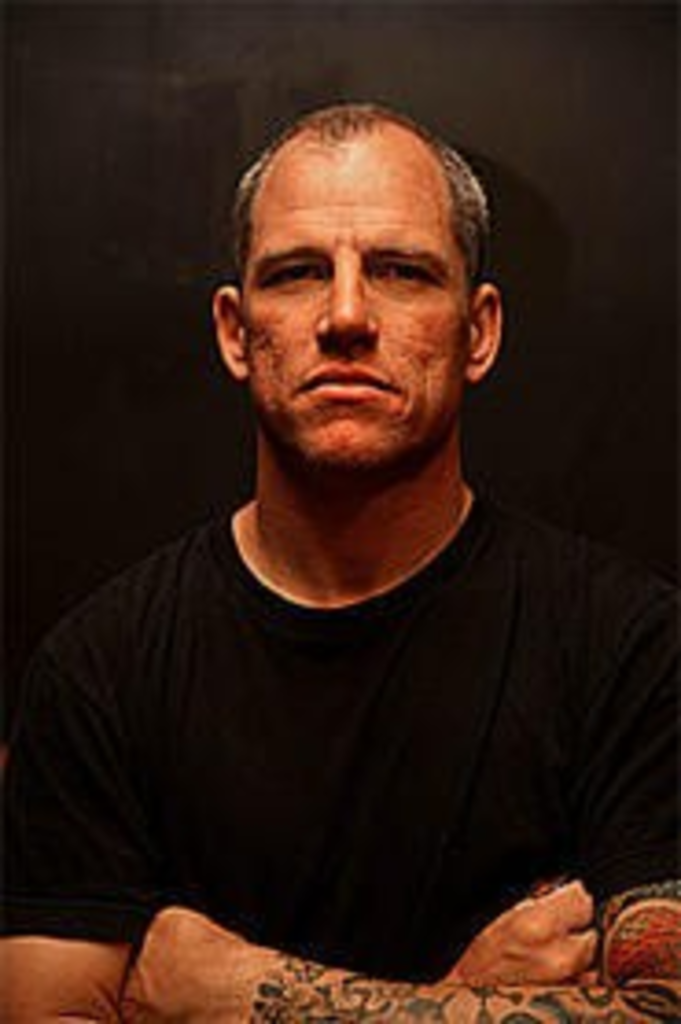 These days, percussion and vibraphone master Mike Dillon practically breathes music. With a new band (Mike Dillon’s Go-Go Jungle), a new record (Battery Milk) coming out on January 30, and a monthlong tour kicking off in his old stomping grounds, Dillon is stoked. And living in New Orleans obviously doesn’t hurt.

“I’m driving over Lake Pontchartrain right now,” he says, “and it’s beautiful. The sun is setting, and I’m looking at the homes on the swamp.” After a pause, he adds, “There’s a good community down here of freaks who like to bang on things.”

For years, Kansas City was Dillon’s banging place. “When I was having my drug problems in Dallas [in the early ’90s],” the Houston native explains, “for some reason I thought, I’m going to move to Kansas City. I found drugs in Kansas City, of course, but eventually that’s where I started to get my shit together, get cleaned up.”

From late 1992 to 1998, the second version of Billy Goat, Dillon’s popular rock-funk-rap-“let’s get naked” mash-up, called KC home. “Since the Malachy Papers [Dillon’s longstanding project with local avant-horn innovator Mark Southerland] is based there, I still have a very strong connection,” he says. “It’s one of those places I could move back to in 10 or 20 years, buy a house.”

For both the band and its drummer, the Jungle is an homage to go-go music, a percussive Washington, D.C., dance movement from the mid-’80s — essentially the sound that funk would make if Tito Puente threw it down a flight of stairs while an Arrowhead Stadium crowd roared for more. The sound of go-go master Trouble Funk’s Saturday Night Live changed Dillon’s life. “I’ve got my vinyl copy, bro,” he says with a laugh. “It’s one of the best funk records ever.

“Back in Denton, Texas, in 1986 or ’87,” Dillon recalls, “I heard that record and the first Public Enemy record on the same day, and they totally changed my life. What I’m trying to do with this band is have the go-go meet the vibraphone influence — and the jazz I’ve been really inspired by the past 10 years.

“In this band,” he continues, “I had the balls to go, ‘All right, we’re dropping keyboards — just drums, vibes and bass.’ That’s because my [vibe] pedal thing has been coming together, and I think I’m finally harmonically ready enough to try to lead a trio on my own.”

Dillon’s vibraphone influences include masters such as Milt Jackson, Bobby Hutcherson, Lionel Hampton and Cal Tjader, but his musical tastes range much further. “Going from Billy Goat to Hairy Apes BMX [Dillon’s post-Billy Goat project], the concept was to drop the guitar and still have the power of a guitar in our band,” he explains. “We had Nels Cline and Sonic Youth, Bad Brains, the Meters — all those great bands with guitar to look up to.

“When we [Go-Go Jungle] started out, I was doing Meters and James Brown tunes on the vibes and thinking, OK, that’s sort of cool how that works. There’s a real chintzy element sometimes, hearing a vibraphone play a solo from a Zeppelin tune,” he admits, chuckling, “but with enough distortion on it, it sort of works.”

Battery Milk, with a cover designed by Kansas City artist Peregrine Honig, is a wild yet smooth blend of go-go and experimental jazz. There are weird and mildly disturbing tunes such as “The Voyeur” (probably, though not officially, influenced by Dillon’s work with Primus’ Les Claypool), and there’s a severely disturbing montage of a breezy jazz melody and spooky George W. Bush samples titled “Bad Man.”

Southerland, who plays on the CD and will sit in for the first five dates of the tour, says, “Each track I heard played back had a sort of natural good sense about it. It didn’t seem tortured or contrived — all those things that modern groove albums can, unfortunately, fall into. It had some whimsy, and people laid down some great tracks.”

Dillon’s enthusiasm about each of his projects is infectious. “I have my distractions,” he admits, “but the older I get, music seems to be my form of meditation. Just to be blunt, when I was in Kansas City in 2000 on another dope run, I thought, I’m going to have to make a decision between shooting drugs or playing music. Do you want to play music, do what you’ve wanted to do ever since you were a kid, or do you want to go out a cliché drug overdose?”

Dillon’s ultimate answer to that question makes the slowly recovering Big Easy a perfect home for now — at least until he starts shopping for that Kansas City house.

“Down here in New Orleans, 14 people have been killed the past two weeks,” he says with a sigh. “It’s so painful, but music is a healing passion. Right now, I’m glad to be part of something bigger than me.”