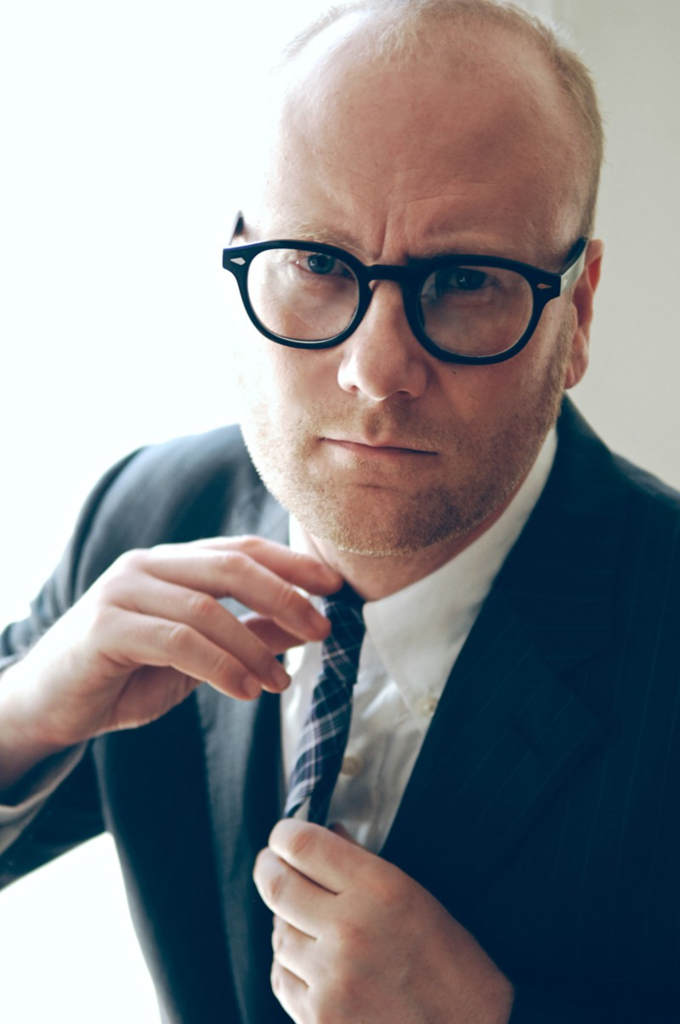 Former Soul Coughing frontman Mike Doughty has made it excessively clear that he is sick of talking about his old band. An avid Internet user since the early days of message boards, Doughty has proclaimed on Twitter and Facebook, in online journals, and in interview after interview that he resents being recognized for his work in Soul Coughing. He says his solo output, which hews toward mainstream singer-songwriter pop, is a more accurate representation of his creativity.

“If somebody says they love Soul Coughing,” Doughty writes in his scathing new memoir, The Book of Drugs (Da Capo Press), “I hear fuck you. Somebody yells out for a Soul Coughing song during a show, it means fuck you.”

But Doughty can’t erase the fact that, between 1992 and 2000, Soul Coughing blazed a fresh trail to a sonic space where arty experimentation, genetically modified jazz, fat jungle beats, and poetic sing-speak made sense jumbled together in a rock context. Eighteen years after the band’s debut album, its idiosyncratic sound still draws people in — much to Doughty’s chagrin.

“Dear Soul Coughing fans,” Doughty memorably tweeted in early 2010, “please DROP IT. I am NOT THAT GUY ANYMORE. If you must cling to it, please DON’T BOTHER ME WITH SOUL COUGHING SHIT.” And yet roughly half of The Book of Drugs is a rehashing of the Soul Coughing days. He is doing press rounds for the book, enduring in the process a fair amount of Soul Coughing questions. And he is touring — he performs solo songs, reads from the memoir and holds a Q&A session with the audience. This simultaneous book promotion and professed weariness about his former band essentially amounts to a passive-aggressive form of entrapment. Does Doughty really expect us all to pretend we’re not interested in Soul Coughing immediately upon finishing his new book about Soul Coughing?

It’s probably wise to think of that question as his problem and not ours, and sit back and enjoy the spectacle. Because even in the pantheon of lurid rock-and-roll tell-alls, readers will be hard-pressed to find a more sensational — or entertaining — glimpse into the world of dysfunctional band dynamics.

Thankfully, Doughty’s prose reads nothing like the warped-poetry vocal approach he took in Soul Coughing or the plaintive crooning he has favored since. Using brisk, finely chiseled language, he achieves such an engrossing flow that the reader can easily devour half the book in one sitting. Doughty also does an admirable job of capturing the pathos wrought by the glare of fame, substance abuse, alienation and hollow (at times even horrifying) sex. Moreover, in spite of the bait he casts by putting the word “drugs” in the title, Doughty ably surpasses the typical tale of a celebrity’s rise-fall-rise by taking unexpected, often poignant detours into family heartbreak, mental illness and, more delightfully, travel.

Still, Doughty undermines his credibility by using the codified self-help rhetoric of addiction recovery as a shield to claim innocence when it comes to The Book of Drugs‘ central conflict. Readers who weren’t present have no basis for knowing how Soul Coughing’s other members behaved toward him or vice versa. What we do know is that one-sided stories never tell the whole truth. Doughty professes “responsibility,” but only so far as to say that he got himself into an “abusive” relationship — conveniently still placing blame on others.

“I’ve gone through my own process of owning my bullshit in that situation,” former Soul Coughing bassist Sebastian Steinberg tells The Pitch over the phone, while on tour with Fiona Apple. “I don’t miss being in a band with Mike, but I have a lot of compassion for him. I actually think that he’s got a form of aphasia — a perceptive gap. He demonstrated that through the whole career of the band, and the way he talks and writes about it now seems to be there. He doesn’t hear what the rest of us did as songs. It’s like trying to tell a colorblind person what orange is. The synapse isn’t there. And I don’t mean that as belittling as it sounds. I genuinely sense his agony over this. I feel for him on the most human level. I’m sorry that he feels that way. I wish he could look at Soul Coughing and be proud that he’s created a whole new thing. I love that Doughty’s created a new book of songs. I love that he’s persevered. He has every right to be as proud as he can be. I just wish he could see Soul Coughing for what it was, and not for what he always tried to get credit for it as being. That band never existed. He’ll sleep better if he ever figures that out. I sure do.”

Doughty reserves the sharpest language in The Book of Drugs for Steinberg and his other former creative partners, whom he refers to in one passage as a “horrible band of torturers and cockroaches.”

“To a certain extent,” Doughty says during a phone call with The Pitch, “I suspect that they’re all just deeply self-destructive people, that they were consciously or unconsciously trying to wreck the boat. They just ended up with the wrong crazy person that wasn’t going to let go of the boat. In my opinion, they were on a continuum between sociopathic and just straight-up delusional.”

The relationship between Doughty and everybody else in Soul Coughing deteriorated over differences of opinion regarding songwriting contributions and publishing royalties. Doughty viewed the music from a more traditional interpretation of the term “songwriting”; the other members came from a mentality that places a high premium on group interplay.

“There was a lot of stuff that came from jamming — a keyboard part or a beat,” Doughty says. “But in the end, songs are things that are sung. And I was the only guy writing stuff that was sung.”

Naturally, former Soul Coughing sampler Mark De Gli Antoni sees the process from a different angle, but the overlap in their accounts is telling.

“I could enter a rehearsal with Sebastian and Yuval [Gabay, drummer],” De Gli Antoni says via e-mail, “begin playing a shell of something, and the two of them would then completely invent a whole drum-bass world around that. I would then drop what I was initially doing and do something else. Mike would then start riffing words, and eventually we would have a ‘Super Bon Bon.’ To me, the final result is something I would never say I ‘wrote’ even if I started it, because the end result was so something-else. Many, many of our songs were like that.”

None of this quibbling negates how much fun it can be to watch Doughty engage with an audience. His just-released live album, The Question Jar Show, nicely showcases his flair for banter. Gregarious and warm, if narcissistic, onstage, Doughty propels the experience using the same talent that makes his book so appealing: his way with words. On that, even his former bandmates agree.

“The idea of Mike’s book,” De Gli Antoni writes, “that through a fog of drugs he behaved a certain way, is a ruse, a construct/fabrication. I was there in his apartment taking his watered-down heroin with him. To be meaningfully provocative requires telling the truth, having a clear view of oneself. That said, I’m glad he’s writing print. Using words is what he’s always been good at.”