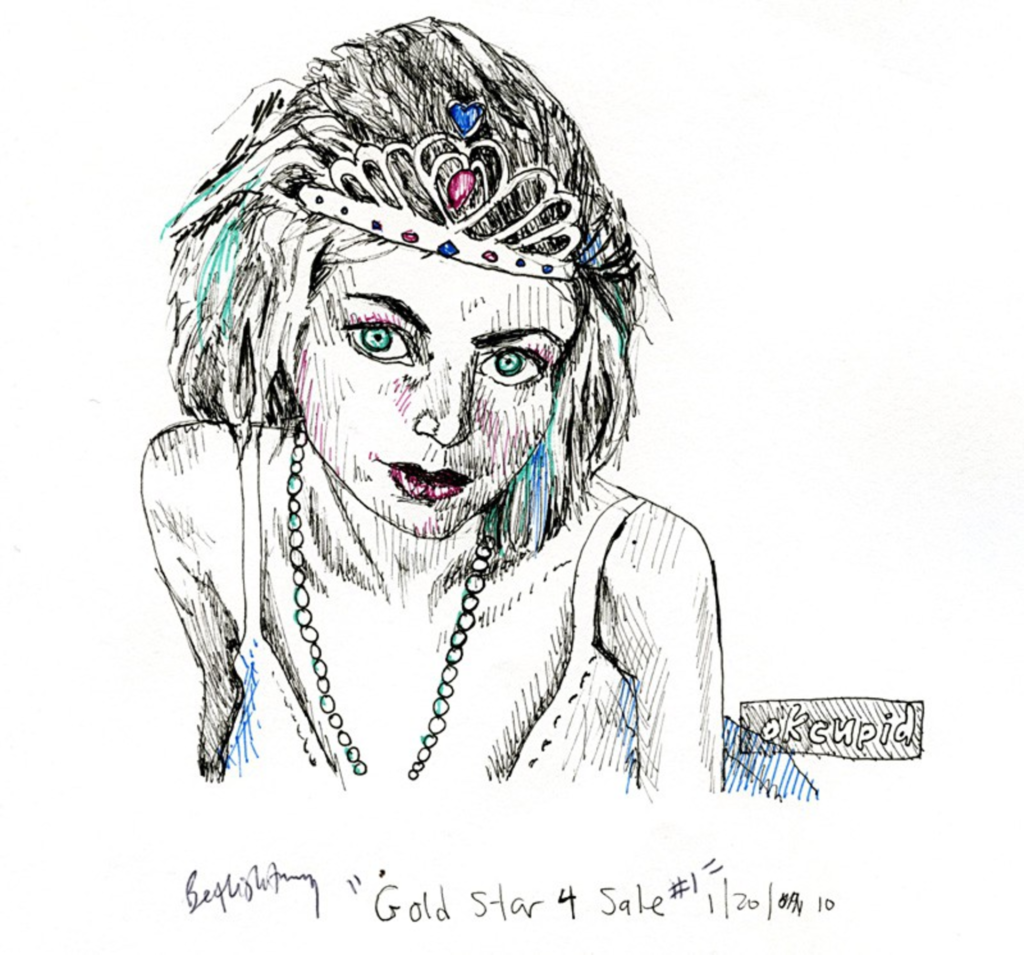 According to press releases and advertisements, the exhibit was to have been available for public viewing on Saturdays through February. But the following Wednesday morning, Shapiro received a Facebook message from gallery manager Jessica Logsdon stating, “I went to the keyhole [sic] to check on everything and all of the drawings were taken down so the show is over.” The message’s passive phrasing invited more questions than it answered. Shapiro replied with a message requesting the prompt return of the artwork and asking, “If there are any damages, who pays for it? Who took the work down?”

Logsdon’s response, provided to The Pitch by Shapiro, fails to address why the show was canceled and who removed the artwork from the gallery walls (questions that remain unanswered). “I feel you are overreacting for absolutely no reason and once again your focus is not where it needs to be,” Logsdon wrote. She then offered to bring the work to Shapiro’s home and closed with a defensive rejoinder: “BTW: I have handled thousands of works and I would of [sic] let you know if any of them were damaged immediately. Didn’t we leave them in a plastic bin on your front porch — how professional is that? Your irrational fears are insulting and make me look bad to the artists.”

It’s true that Shapiro left a plastic snap-lid storage crate on the front porch of her house in a quiet stretch of a residential Westport neighborhood so that contributing artists could drop off their works in her absence. None of the artists balked at this arrangement, Shapiro says. At a preview of the show, days before it was hung at the Keyhole, all the works were pristine and stored in flat files. What is certain is that 11 pieces by seven artists were not in that condition after the exhibit came down.

Artist Hector Casanova doesn’t know the reason for the show’s abrupt end. “Obviously, they knew the premise of the show when they approved it,” he says. “My only guess is that since there’s other businesses in the building, somebody must have been offended. It’s the only thing I can guess — that a tenant was sensitive about it.”

Inman, similarly confounded, says, “Sure, I had some disgusting drawings in there. Other people had a variety of images. But I didn’t see anything that would make anyone freak out enough to take the show down.”

Ripe was not Shapiro’s first experience at the Keyhole gallery. Shapiro participated in a shadow-puppet performance in the alley behind the building for the Keyhole’s November First Friday event and played her own music at the December opening. Shapiro says she met Logsdon through artist Jeff Helkenberg. “We’ve been friends for a long time,” she says.

In the days after the artworks’ removal, several publications, including The Pitch, attempted to contact Logsdon by phone and e-mail. Last week, Logsdon sent an e-mail to The Pitch, to art critic Alice Thorson at The Kansas City Star, and to Review editor Tracy Abeln. It read, in part, “On March 11th [sic] in the midnight hours an individual broke into the Keyhole and stole all of the art objects from the Ripe exhibition. The last time I saw the drawings from this exhibition there was no damage done to any of them and they were stored in a flat file downstairs.” However, Shapiro had informed Logsdon days before, via e-mail, that she had retrieved the work from the gallery.

In a follow-up e-mail to the same media outlets on Monday, February 15, Logsdon contradicted her original message to Shapiro about the show’s cancellation: “Now, Mikal Shapiro for some reason took up the belief that she was to be given carte blanche access to MY building, and that for some reason ‘her show’ was to be hung for the entire month. This has never been the case, in any show, ever. In fact, my goal has always been to get the best art before the public on first Fridays, and then to do private showings by appointment only. This time, with Mikal, I said we could have some time on Saturday for viewing (noon to 3pm). The fact that we took down the show and moved it to the basement was in no way a hindrance to this process, as we intended on allowing the public to see the show in a flat file format.”

But Logsdon’s first e-mail to Shapiro declared that the show was over. If, in fact, Ripe was intended to have been an appointment-only show in flat-file viewing format, then Logsdon’s offer to return the art to Shapiro’s home does little to bolster her position. Press releases — including one still posted on Logsdon’s MySpace blog as The Pitch goes to press — still list public viewing hours on Saturdays through February. Meanwhile, Shapiro and dozens of artists, who had the impression that their works would be displayed and for sale throughout the month, were caught flat-footed amid a confusing flurry of statements from the Keyhole.

According to Shapiro, buyers at the opening expressed interest in purchasing individual pieces, but no money changed hands. “There was interest, but the show was taken down before we could sell anything,” she says.

The Leedy-Voulkos Art Center resurrects Ripe (including the damaged works) March 5. “I’m personally not too interested in finding out the details of why or how the exhibit ended,” says Leedy-Voulkos gallery director Holly Swangstu. “I was notified, through a few channels, of their desire to extend the exhibition, and it was a rare opportunity that I was able to move some things around, and I had appropriate space to put the show up for another few weeks. I really wanted to help out the artists who put so much work into it, but also provide an opportunity for an audience to view it.”

“All of this could’ve been largely avoided if the Keyhole people had just gone about requesting the show be taken down in a professional, civil way,” Casanova tells The Pitch in an e-mail. “Or they could’ve just sat on their hands and the show would’ve run its course, with no drama or professional, financial or material damage to anyone. Then again, when your panties are in a knot and you’re ripping art off the walls, you’re probably not thinking about the big picture.”

And Ripe is a big picture: a large group exhibition with around 120 displayed works representing untold hours of work by the creators, the curator and the gallery’s management. Art is labor-intensive, venues are difficult to establish, and audiences are hard enough to find. But personalities have to mesh, too. Whatever else the parties dispute, Shapiro and Logsdon never saw eye to eye about Ripe.