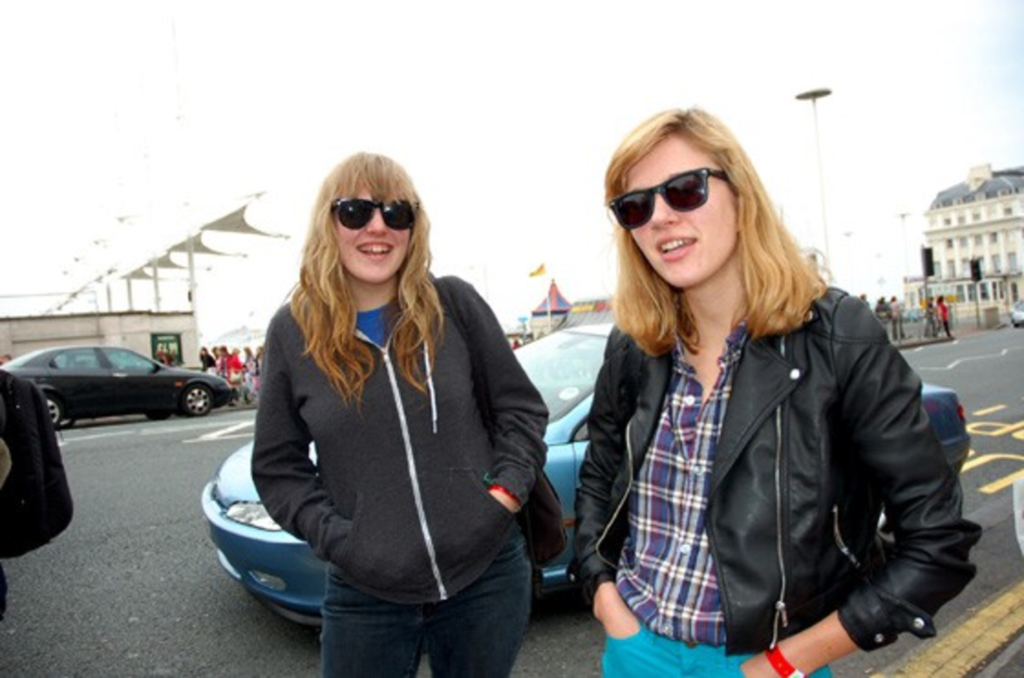 Along with her sister Jessica, Jennifer Clavin formed two-fifths of exuberant indie punks Mika Miko. Though that group disbanded in 2009, the sisters continued making music. Earlier this year, the two of them came back together to form a duo they call Bleached. They’ve released two singles thus far, with a third — Searching Through The Past — due out December 6 from Suicide Squeeze. Bleached plays the Jackpot tonight, Friday, October 28, with CVLTS and returning prodigal sons Mouthbreathers. Jennifer Clavin was cool enough to speak with us by phone about how she and her sister returned to making music together, why they release singles, and some other stuff.