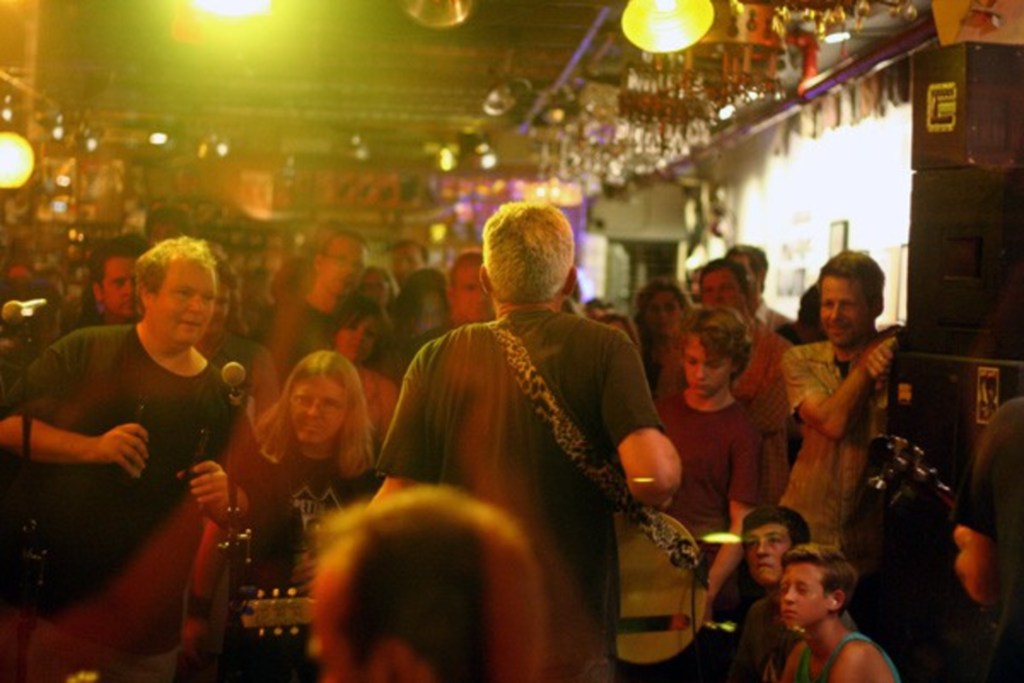 Midwestern Musical Co. certainly knows how to throw a party. The space throws its doors open, plugs in bands for free shows, and gathers a noisy conglomeration of Kansas City music fans. They also know how to build up to the destruction of a janky guitar. 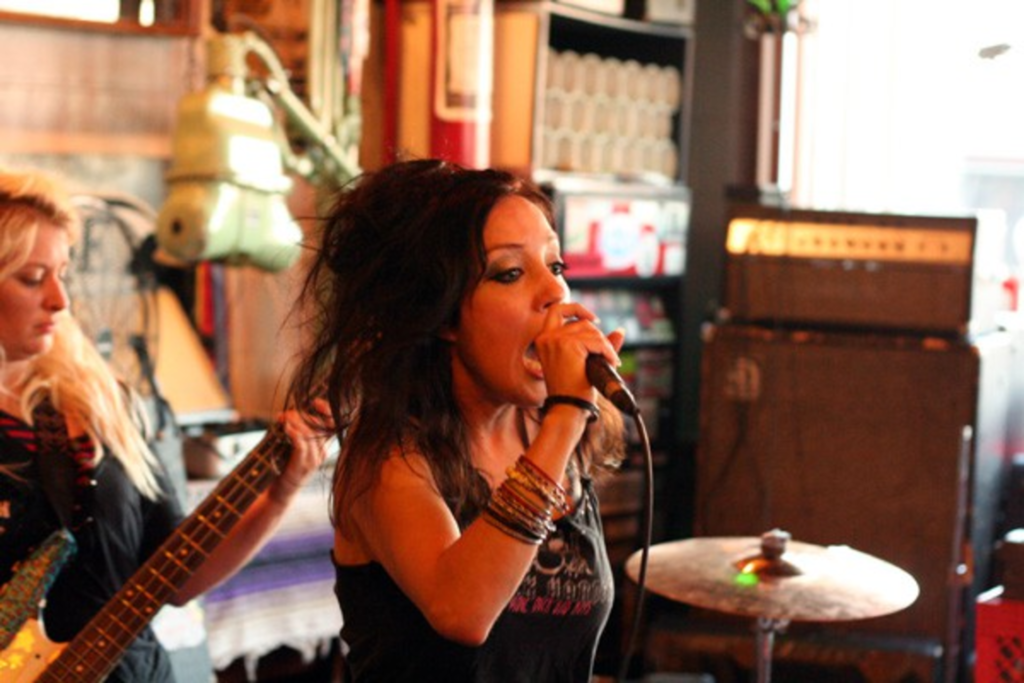 It was just after the Bad Ideas’ first song that I knew exactly what kind of crowd was at Midwestern Musical Co. for its finale. The Bad Ideas’ guitarist, Britt Adair, asked if she could have her guitar up in the monitors, or if she should just turn it up. “Turn it up!” was the answer, from an absolute chorus of voices from the crowd. Then the moshing began, then pogoing, then more beer drinking, and the music just got louder and faster. The stage area was a veritable sweat box, but the band didn’t let up its punk-rock assault for a minute. 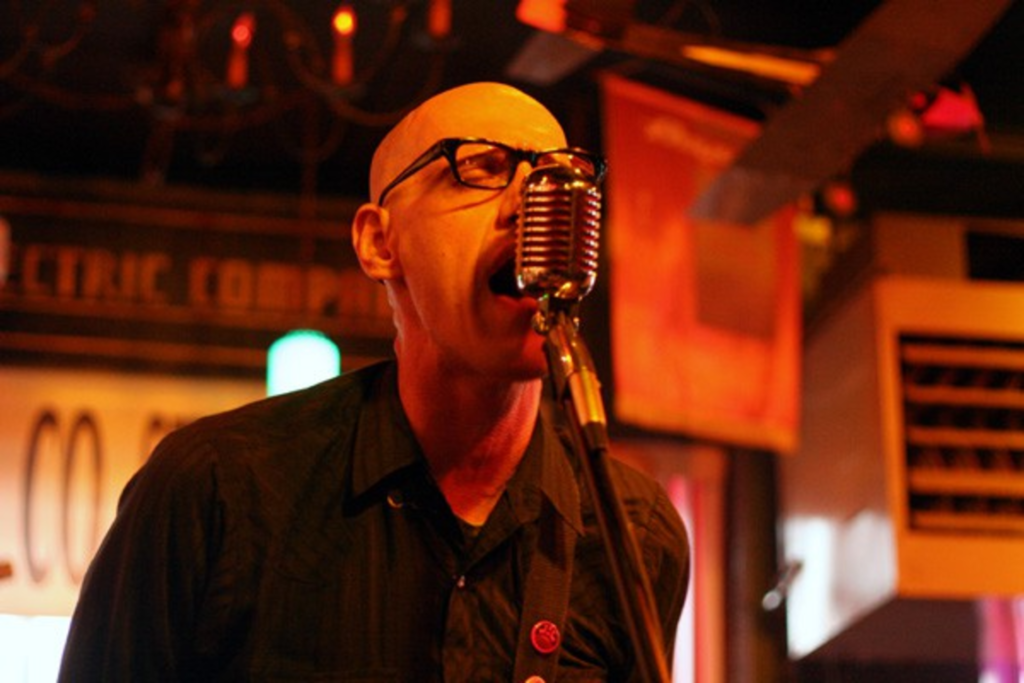 In an apt nod to where we were physically, as well as a more ethereal reference to what the shop means to Kansas City’s music scene, Red Kate opened its set with a cover of Nick Lowe’s “Heart of the City.” In addition to being note-perfect, this was the lightest moment of its set. The band’s not known for being calm, but it seemed like it had been primed by the Bad Ideas, and really let the edges get a little sharper on its songs. The cuts, essentially, cut deep. Red Kate is a band I’ve seen a lot lately, but this set seemed like the group was out on a mission. Closing with the Heavy Figs’ John Cutler doing guest vocals on AC/DC’s “Whole Lotta Rosie” only blasted its rock-and-roll mission that much further into everyone’s ears. 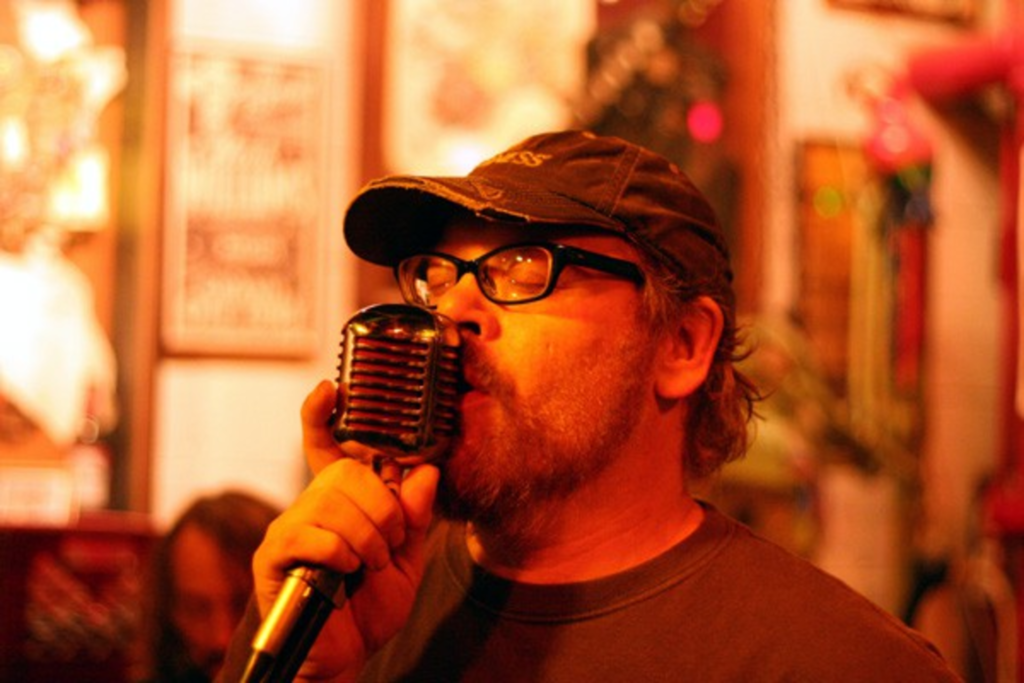 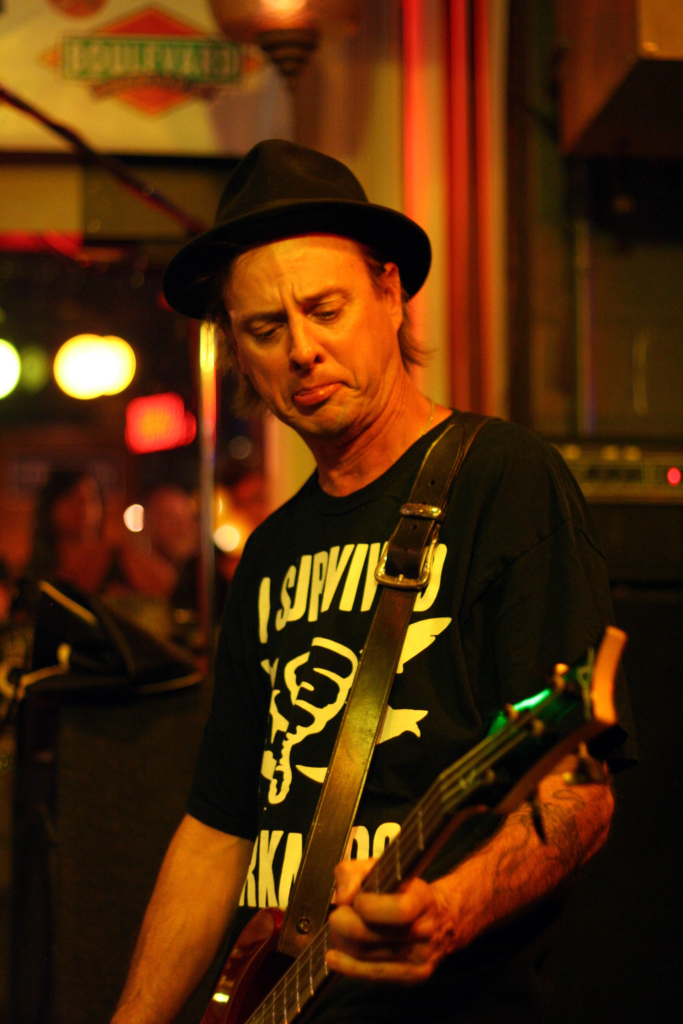 All you really need to know about Cher UK’s set is that the group had two bassists. Everything else after that is essentially superfluous. The band’s poppy, gritty rock and roll is of a vintage not often uncorked anymore, on a par with a band like Gas Huffer or the like — early ’90s through and through. It’s catchy as hell, and seeing the original line-up reminds me that I miss singing along at shows. Mike McCoy and his ilk are more sorely missed every time they play, which is sadly all too rare. 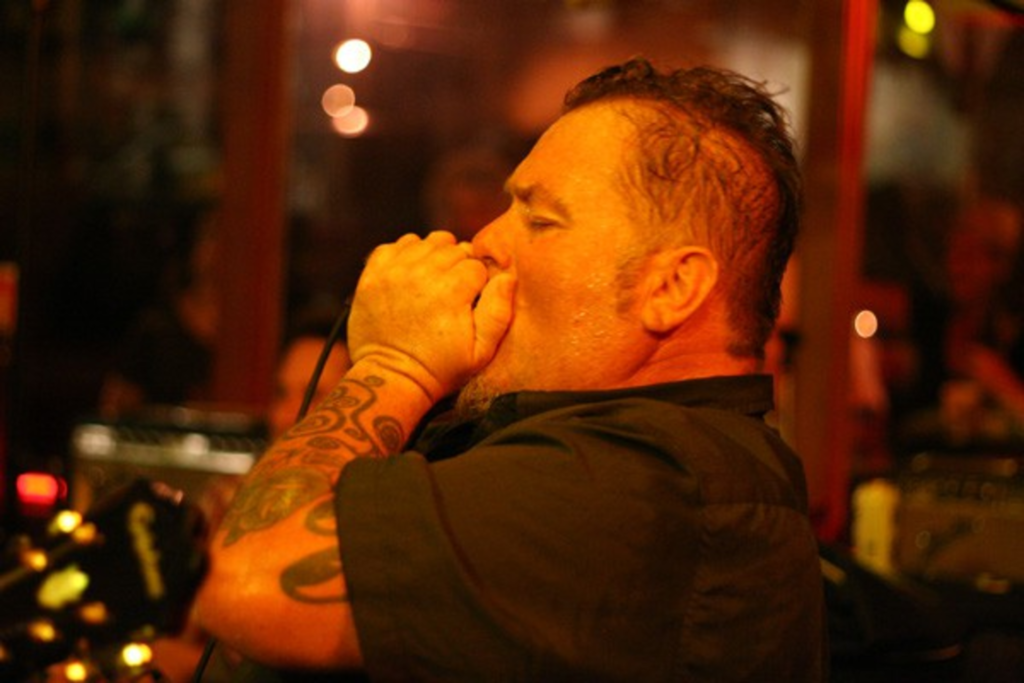 The guitar breaking was absolutely insane. Matt Kesler introduced the impending destruction of an old, lacking-totally-in-knobs-and-everything Fender by telling the crowd, “I’m so happy to have all of you as my friends.” After those kind words, he and Cody Wyoming proceeded to lead a rotating cast of guitarists through a raucous jam that featured “California Blues,” random incoherence from Dave “Chilidog” Crawford and Ernie Locke on harmonica, and ended up being the most fun I’ve had in ages. All the money raised benefited the Midwest Music Foundation, so it was especially appropriate that Amy Farrand won the raffle and, thus, the right to smash the ever-loving shit out of the Fender. 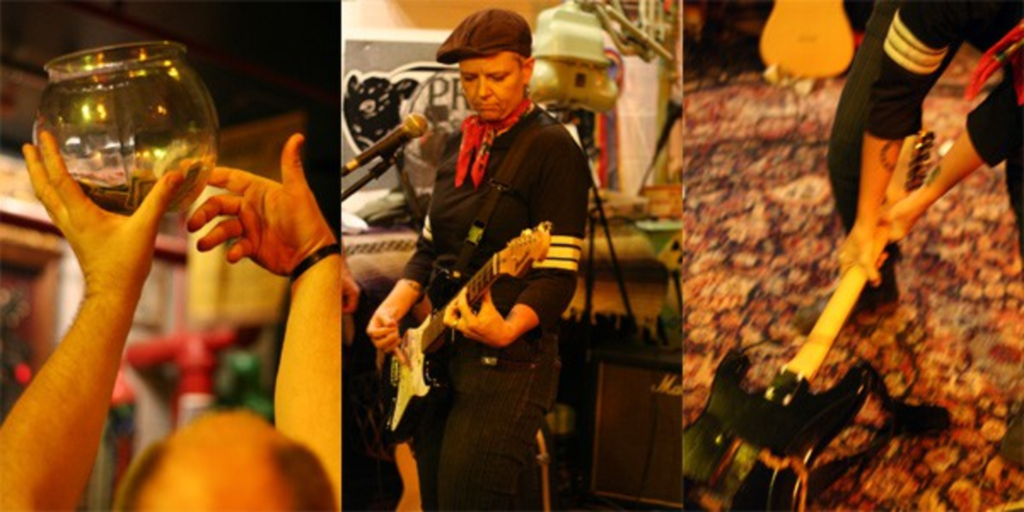 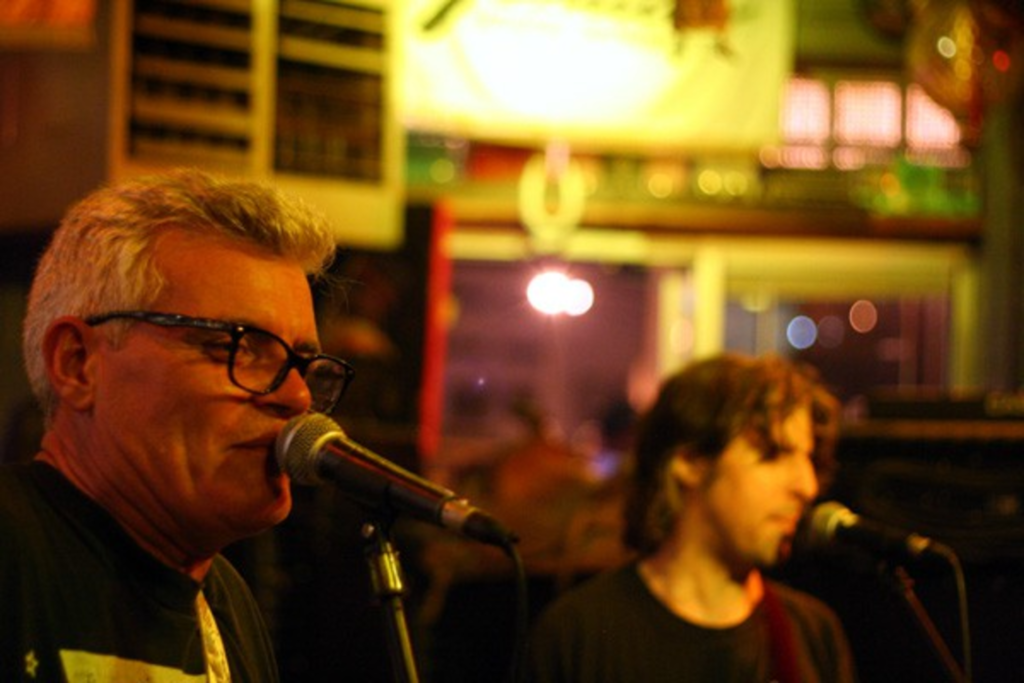 The show was supposed to end with Ernie Locke of Sin City Disciples, Tenderloin, Parlay, et al doing a collection of tunes spanning his career, but he had his young son with him, so he split. Cher’s McCoy took the stage with some other folks — including Kesler — and jammed out weird punk rock basement vault tunes to a delightfully sloshed crowd. There was a guy recruited from the audience for one song on bass. When he said he only knew how to play guitar, it was a case of, “if you can play guitar, you can play bass,” and then he was part of the band. The same verve was attached to a half-tempo cover of the Lemonheads’ “Into Your Arms,” as well as a remarkably profanity-laden take on “Hey Bo Diddley” with Dave Crawford. It was just for fun, and damn if it didn’t keep true to the spirit of the night. 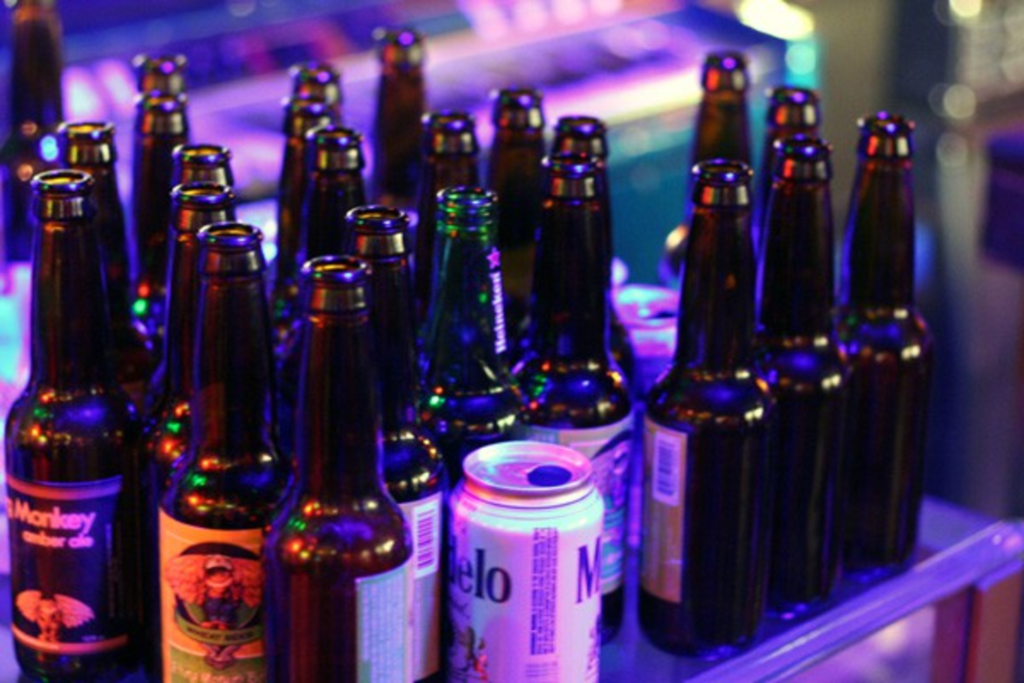