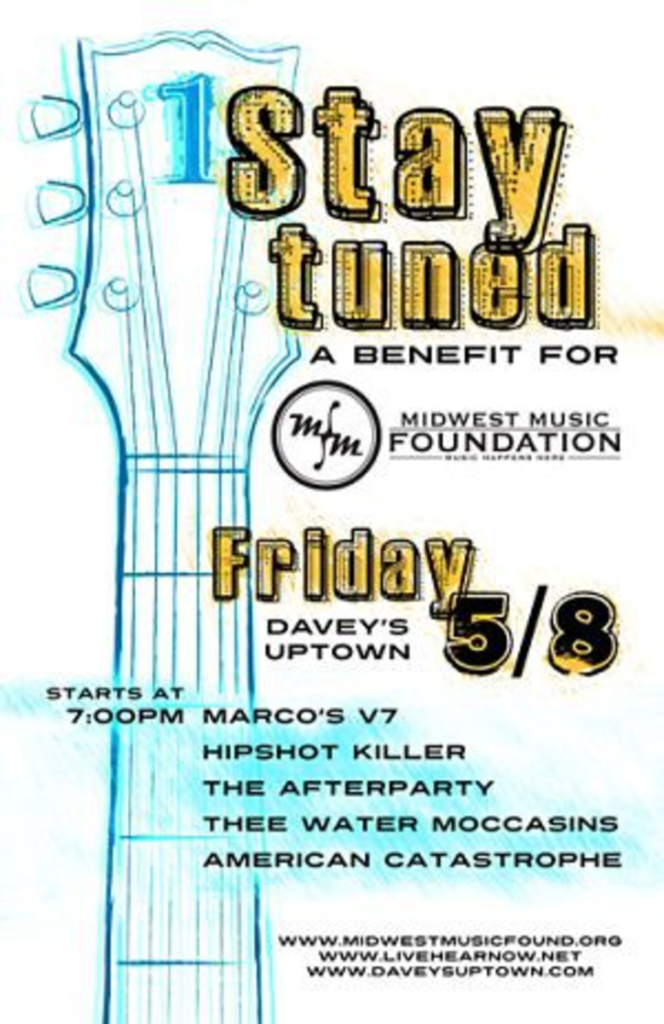 The Midwest Music Foundation, a newly formed group dedicated to boosting homegrown music and helping musicians in need, is kicking off its Stay Tuned concert series next Friday, May 8, at Davey’s Uptown Ramblers Club.

Readers who have been following our coverage of Abigail Henderson and her Apocalypse Meow cause will already be familiar with MMF.

As I reported in the Victoria Williams round table session a couple of weeks ago, the MMF has been working to establish its 501(c)3 status and also to develop an Austin City Limits-style local TV show, which, I just learned, they’re calling Live. Hear. Now. The show is slated for production sometime next year.