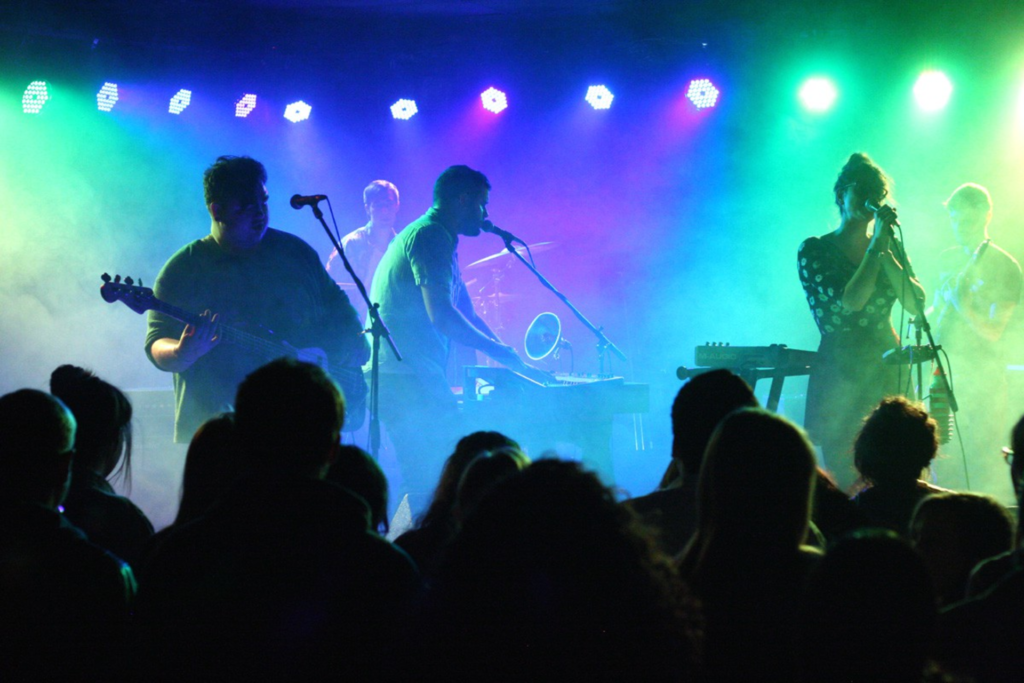 Middle Twin with Forrester, the Phantastics and Narkalark
The Bottleneck, Lawrence
Thursday, March 27

Lawrence’s Middle Twin has an excellent sense of how dance pop works: You work the low end, keep things catchy, make the synth lines sing, and work that fog machine like crazy. Above all, if you’re headlining, keep things going. When your fans have been knocking back $1.50 PBRs since doors opened four hours ago, they’re going to want shit they can dance to. Slowed-down ballads will be applauded politely, even if they’re the title track to your new EP. 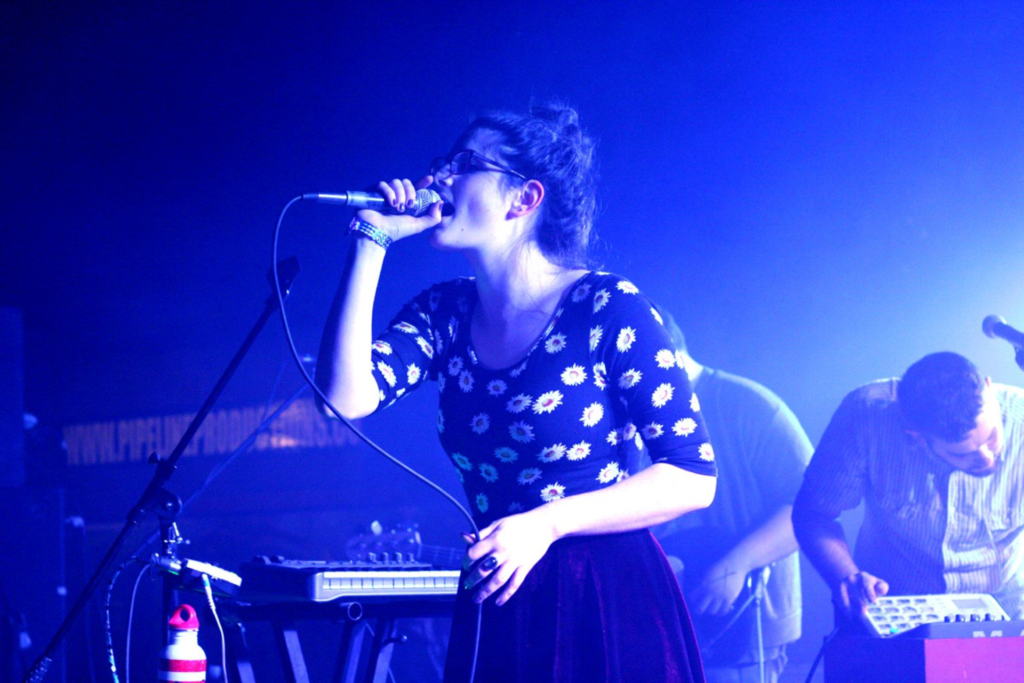 Still, it’s impressive to see how much confidence Middle Twin has gained in the last year. Frontwoman Demi Renault is now a confident chanteuse, no longer the awkward singer. Whereas the group once struggled to find their groove, as soon as they hit that first note, with Renault silhouetted by lights on the fog-covered stage, the audience was immediately ready to soak in all that Middle Twin had to offer. 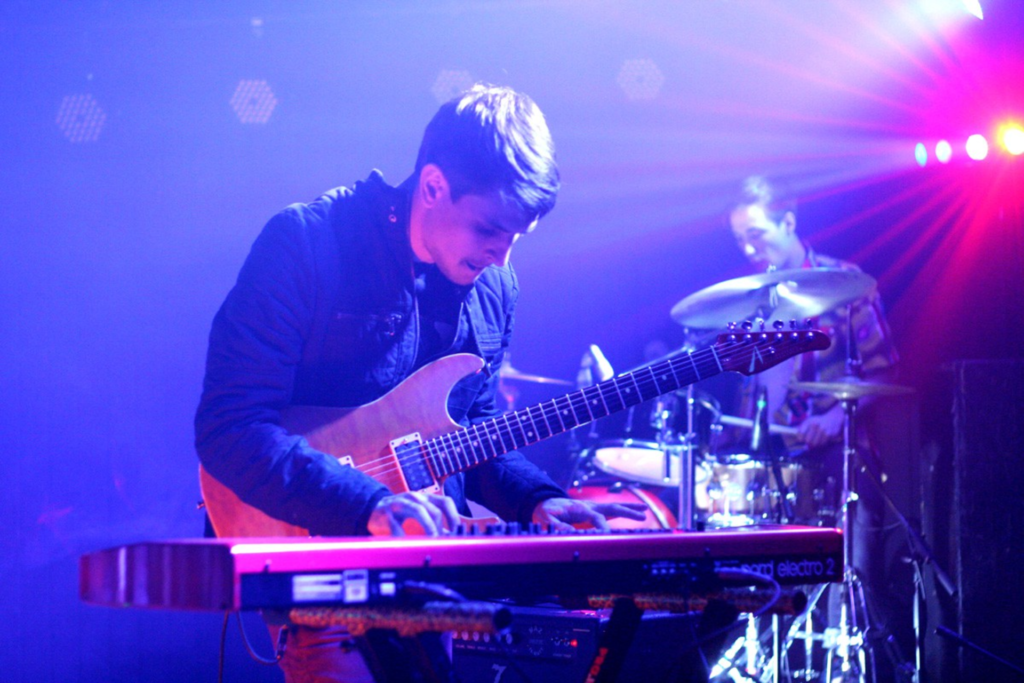 I asked Middle Twin’s bass player and show organizer Eric Davis why the show was free, especially because he’d put together a similar show at the Granada with Middle Twin and Cowboy Indian Bear last December. “It’s free because it’a a good vibe, you know?” Davis said. “I think this is going to be how it goes when I throw a big show.”

It’s an idea that makes a lot of sense: A free show means more money for people to drink with, and – very important when you’re putting out a new EP – buy merch. The idea bore out because by the time the second band had taken the stage, the Bottleneck was fairly packed, and it stayed that way for the rest of the night. 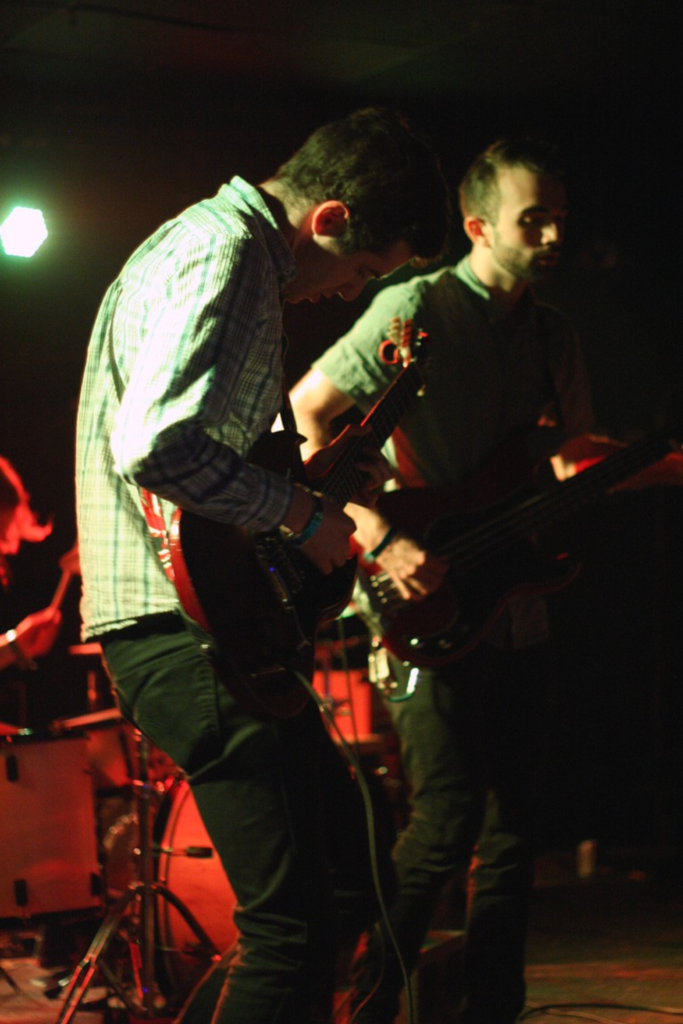 If ever a band could be described as explosively sleepy, Forrester would be it. Their songs ebb and flow and move along at a dreamy pace but absolutely blast forth. They’re solely instrumental – kind of like a My Bloody Valentine version of Trans Am. They just absolutely hypnotize, mixing three guitars with electronics, bass and drums. I’m tempted to call them cinematic, but that’s almost limiting. 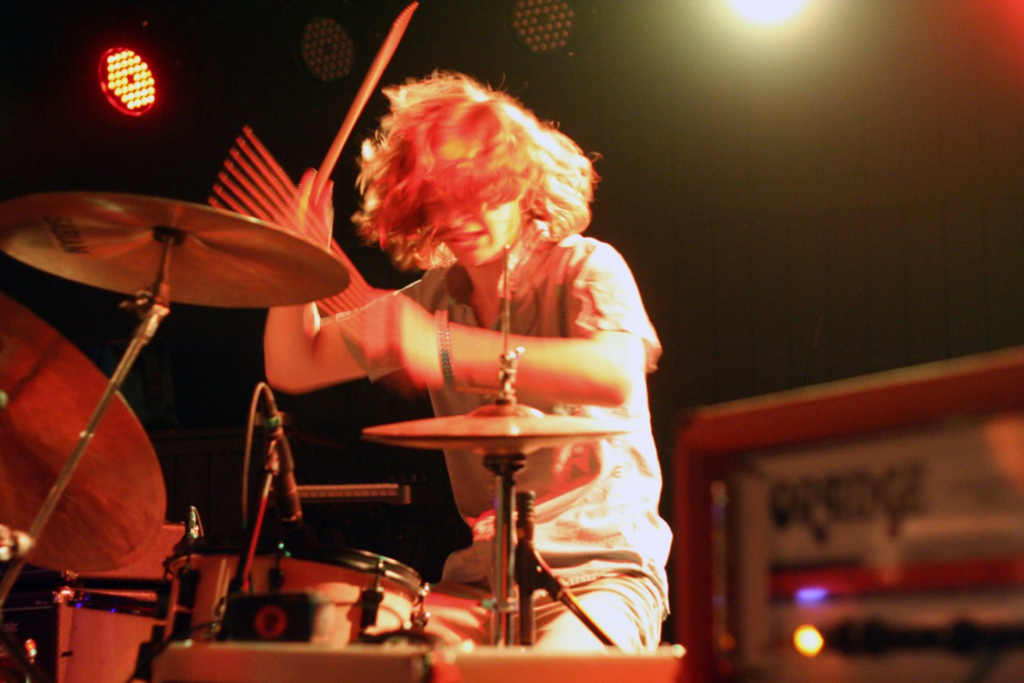 Big props to Forrester for managing to persevere through that worst of local band cliches: a CD-release show with no CDs. Fear not, the band has “an excellent mailing list,” according to bassist Connor Creighton, and you’ll be able to get copies of Antithesis on Monday. 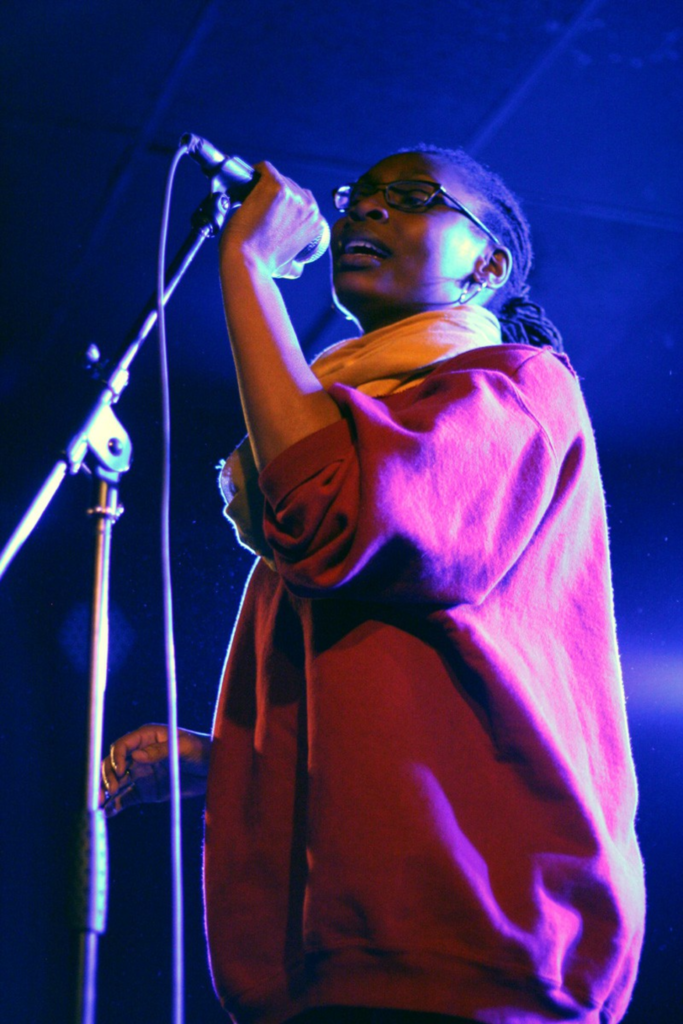 It seems like every college town needs a funk band. Usually, there’a a touch of hip-hop, and they exist to play parties and give the kids a way to shake their asses. If you’re lucky, you get a good one. Here in the LFK, it’s the Phantastics, and for that, we’re pretty lucky. The Phantastics might’ve initially seemed like the odd band out on a bill full of indie acts, but fusing their funk with Outkast’s dirty South, a sweet soul-singing vocalist, and a keyboardist who flavored things with Latin touches made them undeniably fun. I wasn’t feeling the flow of frontman and rapper thePhantom* at first, but once the band got warmed up, he was spitting rhymes with able skill, and it was nicely offset by the silky smooth vocals of Leigh Gibbs. Kids were dancing uncontrollably in the back, and it was a line of shaking hips up front, so I’d say the audience concurred. 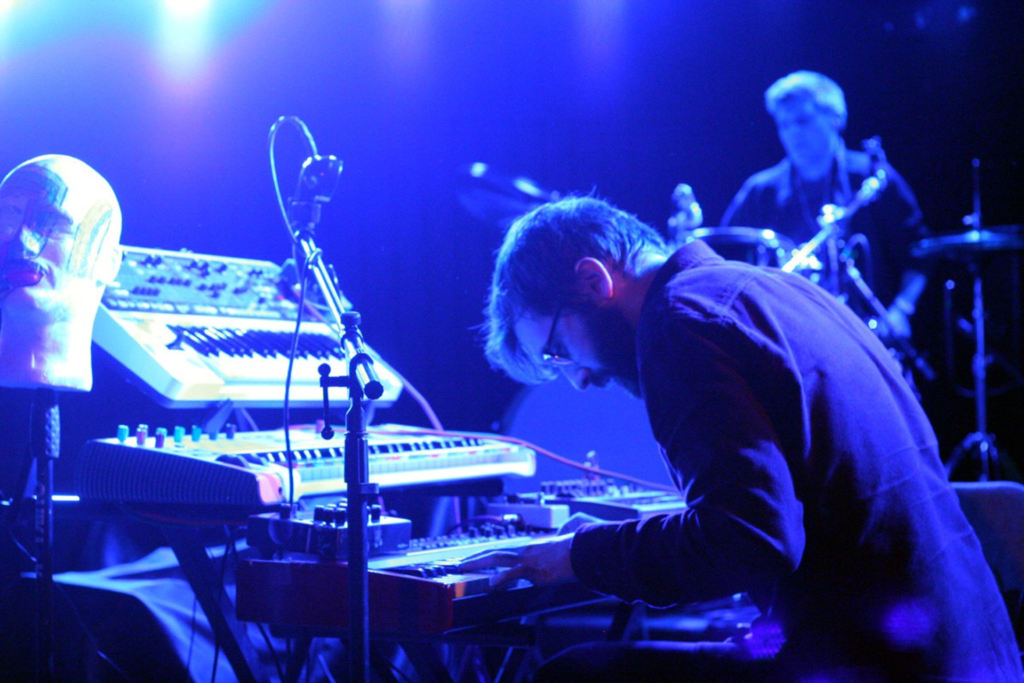 Openers Narkalark sounds like Scott Pilgrim vs. the World as a band. Not Sex Bob-Omb, but if you took unfettered joy raised on video games and gave it instruments. Their music is free-form electronic happiness that’s about half instrumentals and half vocals. It’s a sound that several local acts have attempted over the last few years, and it was heartening to see Narkalark nail it. They did a cover of the Zombies’ “Time of the Season” that guest singer Emily Scholle ably sang, but her handling of the phrasing was a bit stilted – not her fault, as it must’ve been like trying to follow a live version of one of Willie Nelson’s hits: a little too much jazz. They’re a new band, so hopefully fusing their weird, instrumental electronic fun with a singer will find steadier footing.

Again, props to Eric Davis for putting together such a tight bill. Usually, when you’re hitting four local acts on a Thursday night, at least one is bound to be a little rough to get through. Happily, last night’s show at the Bottleneck was a joy from start to finish, and I can’t remember having this much absolute fun at a show in a good long while.