Middle of the Map Fest, night two: Daniel Johnston, Margot and the Nuclear So and So’s, and more 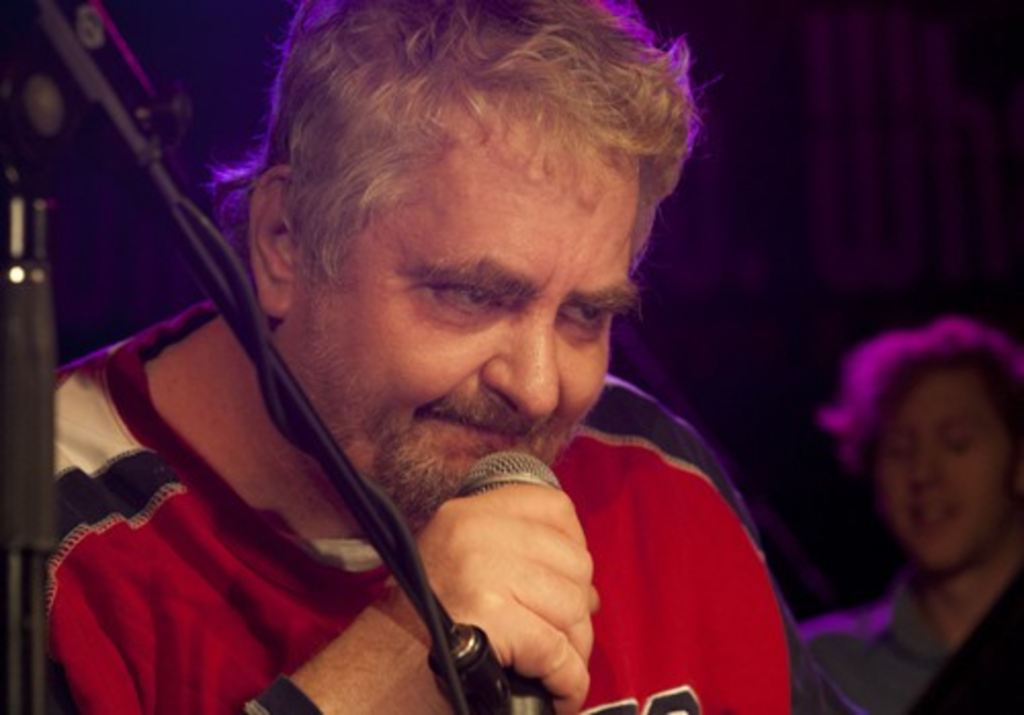 “Who is this fucking band? It’s full of fucking hipsters,” a kid in a baseball cap complained loudly in the back of the Riot Room. Hospital Ships was onstage, and the Riot Room was admirably filled out for 7:45 p.m. Punks, crusty kids and girls in sundresses crowded inside the Westport bar — as did those who, evidently, weren’t familiar with some of the more artsy outcroppings of Kansas City’s music scene. It didn’t matter: The aforementioned brah was outnumbered by ‘staches, piercings and the artfully tattooed, and the first annual Middle of the Map Fest was all the more vibrant for it.

It was the second night of the festival, and Kansas City’s homegrown bar district was thrumming with anticipation. After all, tonight yielded some of the biggest headliners yet: indie-rock kids Margot and the Nuclear So and So’s, perennial Saddle Creek favorites Cursive and, most importantly, lo-fi legend Daniel Johnston.