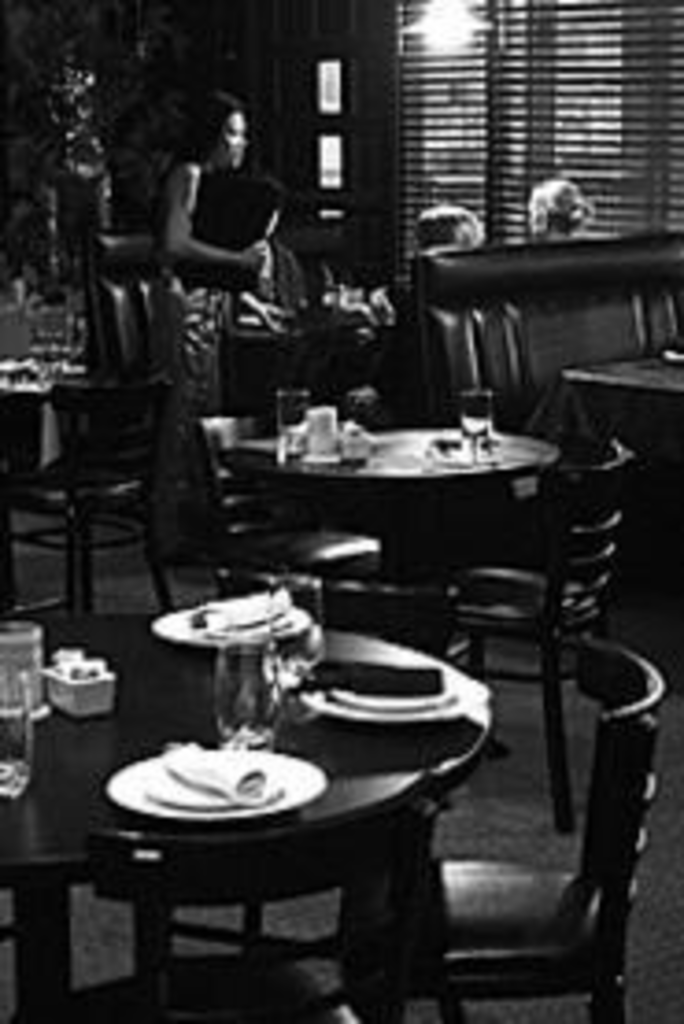 I’ve already broken all of the resolutions I made on New Year’s Day, and I wasn’t all that observant of Chinese New Year the following month (even though I was born in the Year of the Cock, which reportedly makes this rooster year a lucky one). But I have a third chance at getting my act together next month, during the Thai New Year celebration, Songkran, from April 13 to 15.

Songkran, I’ve been told, is all about purging the misfortune and evil of the previous 12 months and starting anew, usually after being splashed with water (and lots of it, depending on how much alcohol partiers consume at the festivities). I’m all in favor of getting properly purified, but I’ll pass on the water sports, thank you. As an alternative, I wouldn’t mind cleansing my mind and body with something intense and fiery, such as the crispy basil-chicken wings served at the Thailand Café. Those addictive bird wings have a deceptively sweet, caramelized exterior that masks the peppery punch that hits a few bites later. It’s sinus-clearing stuff, baby. And maybe mind-expanding, too.

This appetizer is one of the many excellent dishes I enjoyed at the one-year-old restaurant before blowing my top (in a deceptively sweet but peppery manner) over one of its bizarre eccentricities — the fact that no one answers the phone. Not very often, anyway.

You might think that in the 21st century, with phones as readily available as oxygen, modern communication wouldn’t be a problem. But I actually had to call Ann Liberda, who owns Kansas City’s Thai Place restaurants, to find out why her firstborn son, Michael Napaisan — the young owner of the Thailand Café — didn’t answer his damned phone. All I wanted to know was what hours the place was open, but in more than a dozen attempts to get someone, anyone, on the line — calling in the morning, during the lunch shift, at night — the phone was picked up only once. “It’s probably not the best business practice,” I suggested to Ann. “Maybe an answering machine with a message explaining the restaurant’s location and hours could come in handy.”

Liberda didn’t understand why her son felt no need to communicate with potential patrons, but after dining in his restaurant twice, I think I get the picture: Michael Napaisan is charming, handsome and a very good cook, and he has his own way of doing things. It’s not just eccentric; it’s downright weird.

There’s a bar in the restaurant, for example, and a pretty decent wine list, but at the moment, no one can order any wine or beer, because Napaisan hasn’t renewed his liquor license. (He says he’s working on it.) He has mounted TV sets around the mirrored dining room and hung a sign at the front door advertising karaoke, but if you ask Napaisan if he hosts karaoke nights, the answer is no. “Part of the reason is that, with the Martin City Melodrama & Vaudeville Company next door, we can’t be too loud in here until very late at night,” Napaisan explains. “And right now, we don’t have the staff to do it.”

Or booze to ease the inhibitions of potential songbirds, I thought as I looked around the dining room, which was kind of attractive in a dimly lighted-1970s-Vegas-lounge way. The surfaces are shiny and cool: smoky, mirrored panels; brassy light fixtures outfitted with colored lights; vinyl tablecloths; banquettes upholstered in soft leatherette. It’s an ambience that practically begs for vintage Nancy Sinatra or Tom Jones over the sound system instead of the tinkly dulcimer music that actually gets played.

OK, so you won’t get to sing along to the China Dolls’ greatest hits. But what Napaisan does have to offer are some lyrical dinners, beautifully seasoned and not terribly expensive. The selection is not too different from the Thai Place menu (though his mother’s signature dish, King & Ann chicken, seems to be missing).

The costly appetizers are a different story, though. I’ve resolved to eat many more of those basil wings, but some of the offerings, such as the fried egg rolls or the vegetarian egg rolls (which seem to be amazingly vegetable-free and stuffed mostly with cellophane noodles), are extremely greasy. Others, such as the eight bite-sized wonton purses containing crab rangoon, are crispy and greaseless — but nothing to sing about.

Dinner portions are so generous that an appetizer may be too indulgent anyway. Even a bowl of soothing Tum Yum Gai soup — fragrant and loaded with sliced chicken, lemongrass, lime juice and hard bits of gingery galanga root — is enough to feed two or three.

The night I dined with interior designer Carol Ann, we shared two of this restaurant’s more popular choices, ginger duck and “Shrimp and Scallop 3 Flavor Style.” They were breathtaking from a visual standpoint, but the duck meat was a shade too chewy, and the glossy sauce glazing the tempura-fried shrimp and puffy scallops had two, not three, dominating flavors: sweet and hot. Still, it had Carol Ann swooning. “I know I should stop eating,” she said between bites of shrimp and white rice, “but I just can’t.”

Good Thai dishes do seem to trigger the same sort of rush as slot machines, cocaine and foreplay. A few nights later, I watched my friend Marie get all hot and bothered after eating a lot of Pad Narm Prig Pow — slices of beef cooked with a punchy roasted-chili paste, jalapeño and bell peppers. Flushed from the dish’s spiciness, she confessed to my friend Zoe and me that she had scheduled a hot date after our dinner and “was really ready for it.” Hearing that, I grabbed some of that lust-inducing beef for myself.

The three of us made an impressive dent in a dish of Pad Mamoung Hin Ma Parn, its soft tofu squares stir-fried with crunchy cashews, onion and broccoli. Zoe, who teaches a local Thai cooking class, is one of those vegetarians who occasionally nibbles on a piece of chicken or a particularly succulent shrimp. That night turned into such an occasion for her when the crispy garlic shrimp arrived from the kitchen: plump, sautéed crustaceans dotted with bits of fresh garlic piled on a colorful heap of sliced red peppers, julienned carrots, and broccoli and cauliflower florets. It was a lovely combination of flavors, but it didn’t get my endorphins popping as much as a mound of basil fried rice did — that dish was so intoxicating that I wanted to get undressed and roll around in the stuff, but I settled for eating almost all of the concoction myself.

I was in too much of a basil afterglow to consider dessert that night, but I had loved the creamy coconut ice cream on an earlier visit, so I encouraged Zoe and Marie to indulge themselves. Neither the coconut ice cream nor the mango version is made in the restaurant, but both taste remarkably fresh.

“I’m not even into ice cream,” Marie admitted, “but this stuff rocks.” Zoe thought the mango ice cream was as “light as a sorbet, but richer, of course, with just a hint of almond floating in there, too.”

That tempted me to pick up my spoon for a taste. It was divine, but more than a taste would have been one endorphin too many.