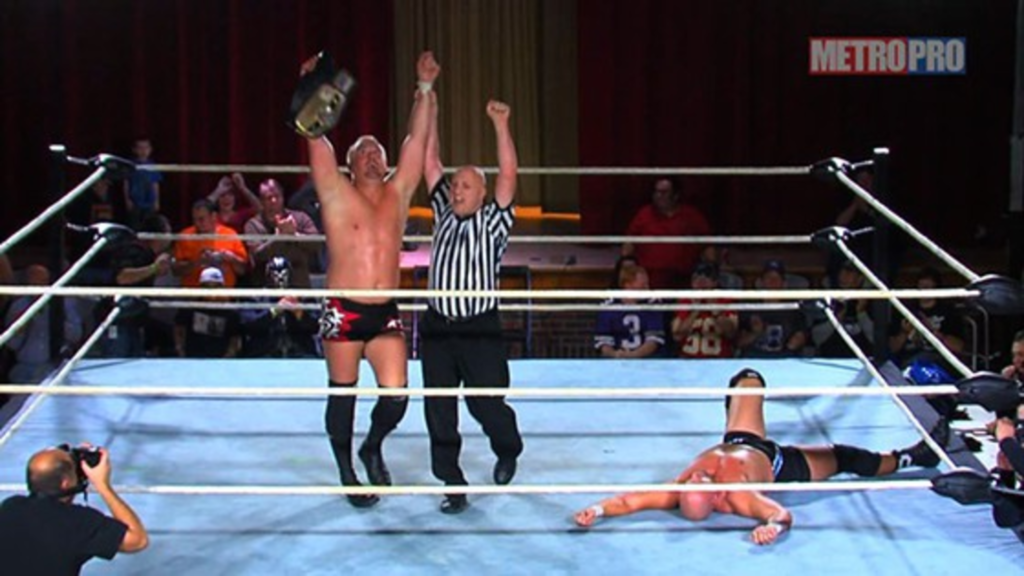 Retirements in professional wrestling almost never stick (no wrestler has retired more times than Terry Funk). But Michael Strider insists that his retirement is for real.

The first clue that he’s serious may be the way he answers the phone: “Hi, this is Justin.”

Strider’s real name is Justin Appleberry. He understands how people might be skeptical that he’s leaving the bloody brawls with forks and razor wire.

“The only thing that would be different for me than those guys is, they make a living at it,” Strider says. “I make my living working at Ringside/Combat Sports. I don’t want to get beat up any worse than I already am, so it’s a good time. … I’m getting older and getting ready to start a family and everything, and I want to be able to play catch with my kids and go to Little League and be able to move around halfway decently.”

Strider has been wrestling professionally since 1997. He took a year off before his latest run with Metro Pro Wrestling, which hosts his retirement match Saturday night against former NWA World Champion Adam Pearce at the Turner Rec Center (831 South 55th Street, Kansas City, Kansas). Click here for tickets.

“I still love wrestling … but you’ve got to know when your time is done,” Strider says. “Terry Funk always said, if you stop taking that nervous piss before a match, then you know it’s probably time to go.”