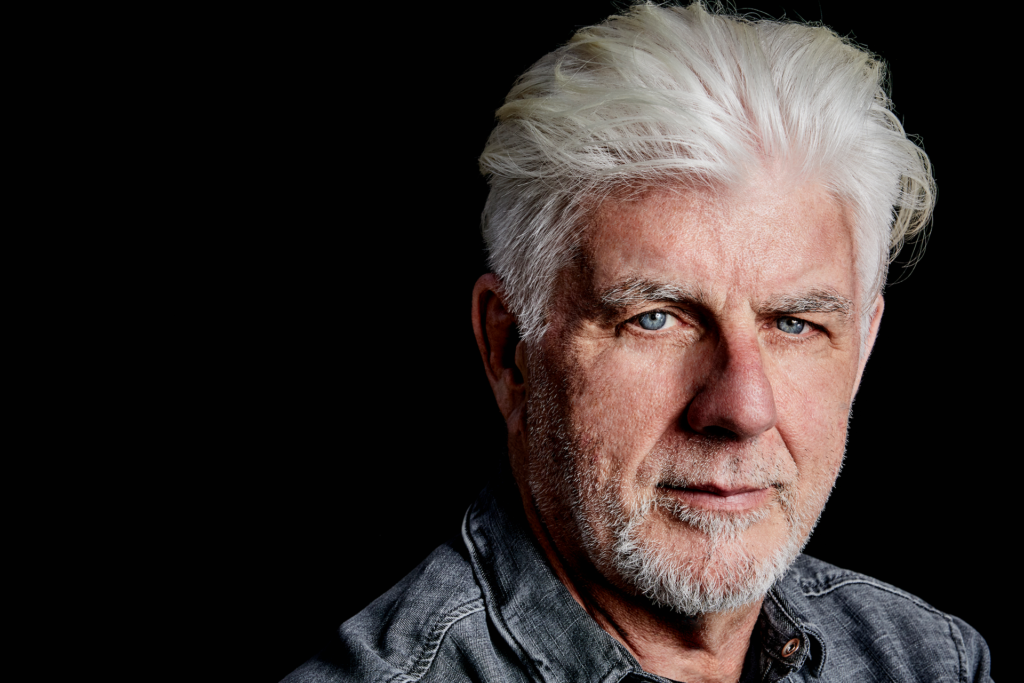 In the 1970s, singer Michael McDonald was one of the progenitors of what is now known as yacht rock — smooth sounds with a soul angle purveyed by the likes of McDonald, Loggins & Messina, Seals & Croft, Hall & Oates, and other ampersanded pairs. As the years have gone on, though, McDonald’s work has made a mark outside that soft rock universe, with songs sampled by the likes of Jadakiss and Warren G & Nate Dogg. He’s also backed into comedy, appearing on Family Guy and being the source of a hilarious running gag in The 40 Year-Old Virgin.

McDonald’s collaboration with Thundercat, “Show You The Way,” from last year’s Drunk, netted him still younger fans; the crowd went nuts when it was performed at last year’s Coachella festival. McDonald’s latest album, Wide Open, was released last year, and he’s currently touring in support of it. He stops at the Lied Center in Lawrence this Sunday, August 12. We spoke with McDonald  by phone about his pop culture credentials and the recent record.

The Pitch: Has it been difficult being the subject of so many parodies and the punchline to so many jokes over the years — especially in the early 2000s, with Family Guy, South Park, and The 40 Year-Old Virgin?

Michael McDonald: [laughs] Not really, ’cause I think it wasn’t long before I realized that it was a form of flattery, in a way — that people even know who the hell I am. I have to say, my kids got a really big kick out of it, because they were right at that age — 8, 10, 11 — where they just thought it was a hoot: “Who are these people, and why are they talking about my dad?”

We all kind of got a kick out of it, you know, and I thought about it, growing up over the years, all the guys I knew when I was young who used to try to do their best Ed Sullivan impression. Now I feel like I’m in that category!

Is there someone who does your favorite version of you?

Patti Austin does a pretty good me, and she’s pretty ruthless, too, but I love her so much and she’s terrifically funny. She does an impersonation of me in her show, once in a while.

Have the parodies also been mitigated by the fact that you keep having career resurgences? Like, I was introduced to you when you were sampled by hip-hop acts in the ’90s.

That, again, has been really flattering to me. A lot of artists from the decade before, I was thinking, “Wow, how should I feel about this?”, but it’s been interesting to see how people use those different little snippets of pieces of records that we did in the past that are, in many ways, very different from the records they’re doing now. But they make creative use of a phrase from a song that we did from a long time ago.

It’s nice to be contemporized, you know? By someone who doesn’t know you, necessarily, but is taking something away from your music, decades later, and recreating in a new form. In a way, I think that’s something we did in our own way, for a long time. We wrote a lot of songs, but we were always thinking of stuff we grew up on, and songs that we knew as kids. A lot of times, in our own ways, we were borrowing. Hopefully, not too much, you know [laughs].

But, I think a lot of songwriters, even today, when it’s called alternative, it’s really a throwback to styles of music that used to be popular. Rockabilly used to be what was on the radio, and now you hear a lot of these Nashville alternative acts that are really just doing what Johnny Cash and Carl Perkins did when they were making rock ‘n’ roll popular in the first place.

You got to do a very direct reference to music of a past era when you did the Motown and Motown Two albums a few years back.

That was a lot of fun. That was more fun than work, really. It actually made it hard for me to go back again and get in the headspace of doing an original composition record where there were songs that I wrote. It’s always been hard for me. I’d get in that obsessive mindset, when I was doing records, and people who knew me best — family and friends — they’d say, “There’s nothing worse than you doing a record, because you become kind of a neurotic beast.” I had to learn to go a little easier over the years, and this one [Wide Open] was more enjoyable, because a lot of the songs were written over such a long span of time. A lot of ’em I didn’t think were even contenders for an album I would do, but for the encouragement of Shannon Forest, who was the producer on the record.

So, he kept the place busy, pretty much, and I would just use it when I came in off the road: to write, or put down demos of things that I wanted to put down. A lot of them were songs that I thought I was writing for other people.

It’s interesting to hear that they were intended for other people. What made you think they were for someone else, and not you?

So, I would write these songs, thinking maybe I’d play them for Alison Krauss or some other artist, and I’d keep it in my head that it was for that particular person. I always like that about songwriting. As much as I like writing my own songs, I always admire the guys who wrote songs for other people back in the ’50s and early ’60s: Barry Mann, Cynthia Weil, Burt Bacharach. The people whose identity was, just basically, as a songwriter — artists who could make classic records because it was the right combination of artist and song.

Michael McDonald performs at the Lied Center on Sunday, August 12. Details on that show here.