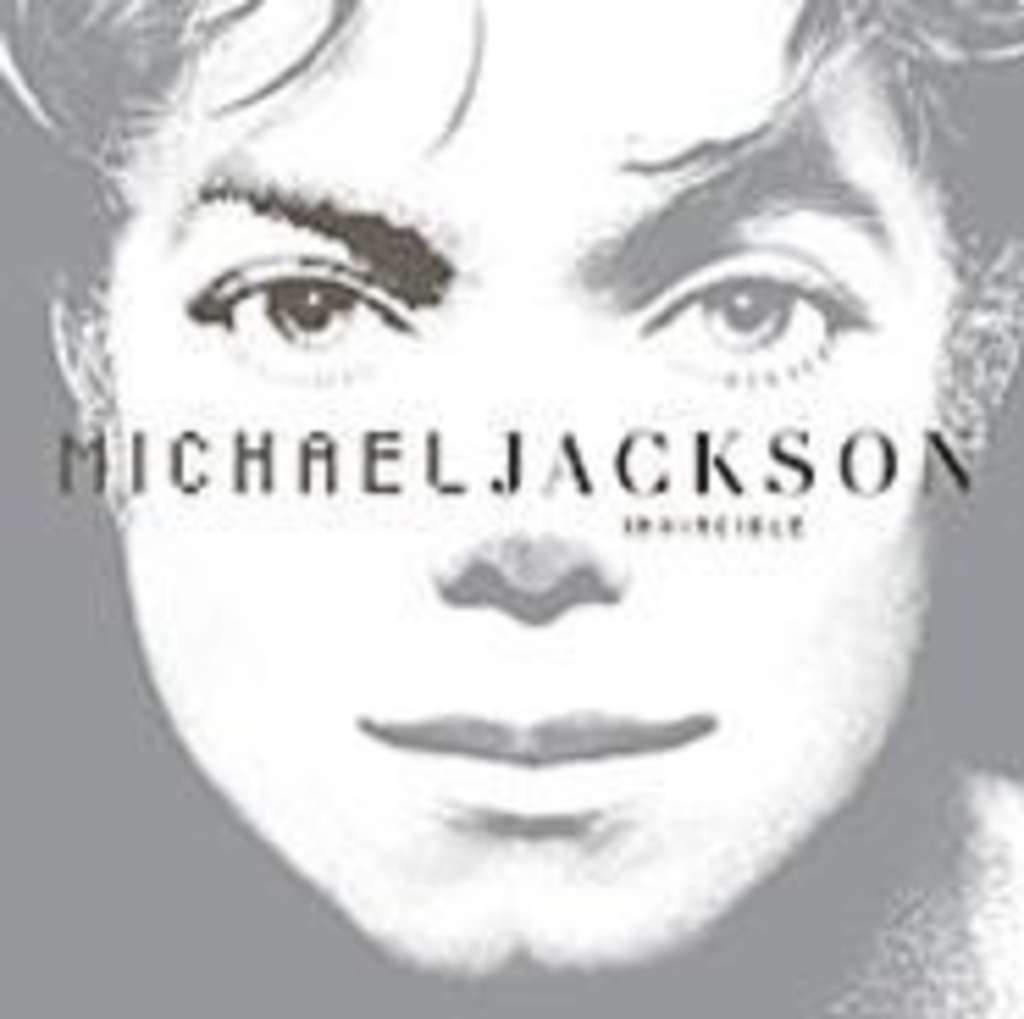 Even the most jaded soul is at least this bit interested in Michael Jackson’s latest — a disc three-plus years in the making, at the cost of some $30-$40 million. Nostalgists wonder what happened to the kid they once adored; they shake their heads, cluck their tongues and lament how so vital a performer can become an afterthought barely into his 40s. The kids wonder, “Who is this transparent idol held aloft by Justin and Britney; there must be something to him.” If nothing else, there’s the freak-show factor: How does such a recluse reconcile his need to be loved with his desire to shut himself off from the world? Arrogance and bashfulness don’t make attractive bedfellows, especially when Jackson, with the assistance of performers living (Brandy), dead (Notorious B.I.G.) and in between (Carlos Santana), is determined to reclaim his place atop the teeny-pops. You can’t touch me, ’cause I’m untouchable, he chirps in that familiar voice. You’ll never break me, ’cause I’m unbreakable. It’s eerily disingenuous: Never has a hero, beloved until discarded, been so utterly fragile.

The disc isn’t as awful as some critics would have you believe. Nor is it the Second Coming for which Sony hopes; it’s somewhere in between, R&B-pop as generic as the bar code on the back. Its love-me ballads play like tepid Off the Wall redos, its look-at-me rave-ups like Thriller and Bad rejects. The whole thing is so burnished it all but keeps listeners at bay; never has so “personal” an album played out so bereft of emotion or honesty. (If only he’d make a record about how fucking weird he is: Who wouldn’t rush out to buy a disc about pet chimpanzees, Neverland sanctuaries and slumber parties with Macauley Culkin?) So why ain’t you feelin’ me? he sings to a would-be lover who shuns his advances. But he might as well direct the question to his audience. The answer is simple: because what Jackson offers is hollow and sterile now, a multimillion-dollar studio product so polished it shows only the reflection of an invisible man fading further into irrelevancy.

Robert Christgau once wrote in The Village Voice that what made Thriller such a “miracle” wasn’t its consistent offering of pop pleasures but the “unknowable allure of the pure star” who made it happen. Invincible, then, is what happens when the pure star dims, when a supernova turns into a black hole into which millions are sucked to pay the usual suspects, among them Rodney Jerkins, Babyface, Teddy Riley and the corpse of Biggie Smalls. Out to save the world (“The Lost Children”) and reclaim his “Privacy” (which is all the hermit has left, even one who’s peeled away his own skin until his insides are damn near on the outside), Jackson is so lost and dissolute that there’s no room left for playfulness and passion. He might as well be singing “Cry” and “You Are My Life” to himself; they’re love songs performed to a reflection.

Had the entirety of Invincible played like its final cut, “Threatened,” perhaps the disc might be more significant than mere novelty. Rod Serling, sampled from myriad Twilight Zone intros, plays moribund rapper to Jackson’s vaporous apparition: I forgot to introduce you to the monster, Serling beckons from the beyond. Jackson crawls from the grave to terrorize: The living dead/Your worst nightmare/The one watching you/I’m everywhere. Perhaps Jackson is toying with both image and audience: He’s the freak; we’re the freaked out. But there is no evidence that Jackson is so knowing; likely, the song is just low-rent terror, cheap thrills from a former Thriller.