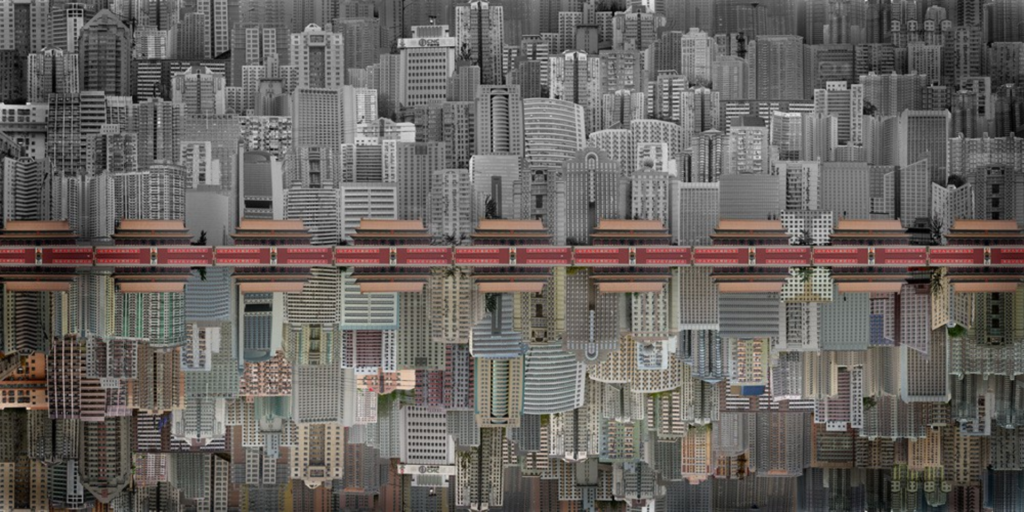 As industrial nations mature and prosper, so do their national arts. And art in China has been booming. “You see that effect in the scale of a photographic print, for example,” says Raechell Smith, director of the H&R Block Artspace (16 East 43rd Street, 816-561-5563). “An artist can’t afford to print a large-scale image unless they have some viability and means of support behind their practice.” The 17 Chinese artists represented in the gallery’s current show, Stairway to Heaven: From Chinese Streets to Monuments and Skyscrapers, curated by Smith and Mark Bessire, include photographers, videographers and sculptors addressing urbanization in varying styles to reflect China’s transformation in landscape and culture.”We asked about what artists were working in which cities and who was considering the changing role of the city in China,” Smith says. “Another idea that was of interest to Mark and I, looking at Chinese contemporary art, was that the changes occurring in the country were also happening to the artists — were there more galleries, more venues and collectors? These were things we were curious about. Anytime you go to another city, you ask who the artists are and where to see them, and use that insight to guide you.” The exhibit runs through April 4.