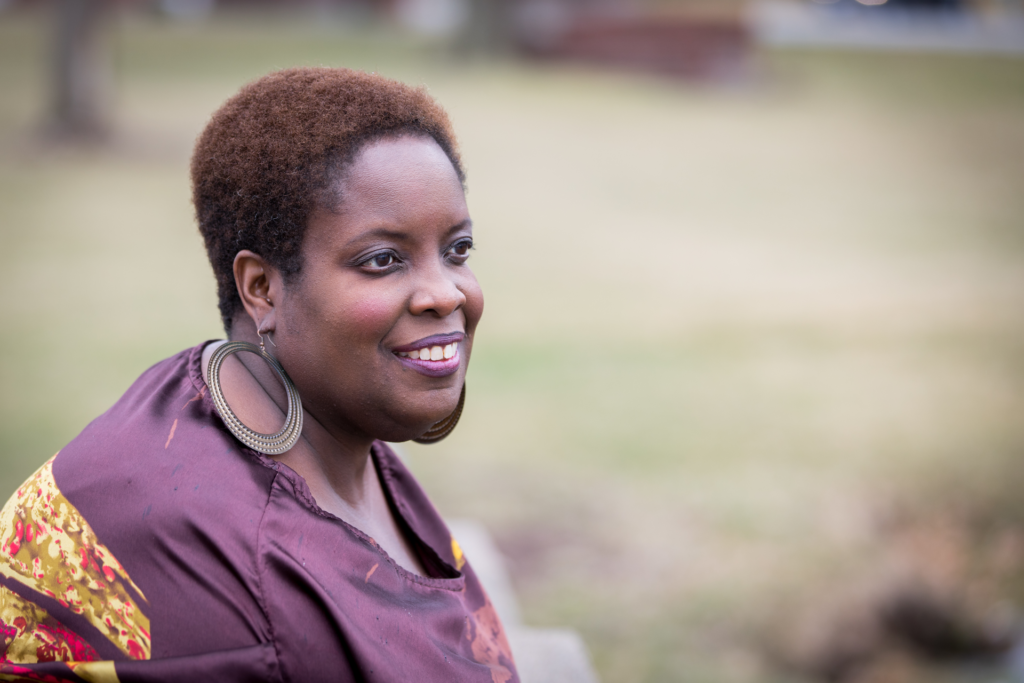 A month after the 2016 election, I wrote a Pitch story about how much Mexico, Missouri, a smallish town in the north-central part of the state, had changed since I left there as a young person. Many people back in Mexico read the piece as a direct personal attack on them. But I also received kind words from people who had grown up in rural areas and watched how things have shifted in their hometowns. These people, like me, were puzzled as to how the same people they’d grown up with could support our current president’s sentiments and policies.

Those who read all the way to the end of the piece would have found that I nevertheless expressed hope in the future of the Mexico community. Ayanna Shivers — with whom, full disclosure, I attended high school at Mexico Senior High — is one of the reasons I continue to have such hope.

Since moving back to Mexico in 2014 — she previously worked in the counseling education department at South Carolina State University — Shivers has organized events, won a city council seat, mentored young people, and generally been a driving force in town. She recently decided to run for a state senate seat.

Shivers’ political ambitions are a timely example of grassroots efforts sprouting up across Missouri. Officials at the Missouri Secretary of State office do not track the number of female candidates, communications director Maura Browning told me. But a look at candidates on file in late March shows that about a dozen women are running for the 17 state senate seats up for election this fall. Many other women have filed to run for U.S. Congress, state offices, and state house races.

I interviewed Shivers in late March, one day before she officially put in her name for the race.

You have a doctorate in education, a master’s in education in school counseling, a master’s in theology, and a bachelor’s in journalism. And you had a nice career on the East Coast. Why did you decide to return to your hometown in the middle of Missouri?

I thought I was going to move closer to home, but not necessarily back to Missouri. Then I realized I wanted to be closer. I would come back [to Mexico] for a month in the summer because I was off work and would see there was a need [here] to start working with some kids. But you can’t help anybody in a month. You can put a Band-aid on it, but you can’t fix it.

You returned back to the community in August of 2014. In three short years, you have taken roles on various boards, founded a nonprofit, and you pastor at a nearby church, all in addition to your job as college placement and counseling director at Missouri Military Academy. Why did you decide to run for public office?

I started going to the city council meetings because I would hear people complain and wanted to see what they were saying. Everyone on the council looked the same. It was very homogeneous. I thought, “You know what, I see something that needs to be done and, worst-case scenario, I fail.” I lost the first [race in April 2016], but what happened is that people who didn’t go out to vote could see that I only lost by a few points. It hit them. Actually, me losing might have been the best thing that happened. I thought about running for the [Missouri] House of Representatives, but it looked like the senate might be the best race for me. I was approached by the [Democratic] party and I knew I had that backing.

You mentioned after you were elected to the city council that you hoped to get more people involved in the community. How has that worked out?

Last fall, ADM [Archer Daniels Midland, a global food processing company] had been buying up property in what used to be the historically black part of town, and they wanted to rezone it for commercial. I stayed away from the [planning and zoning] meeting, but 40 people showed up, and they [the planning and zoning commission] were shocked. The person [heading] the department said that they couldn’t move forward because they had so much opposition and would need more information. It’s really important to go to local city council meetings because it makes them more accountable.

What do you think the biggest challenges will be for you as you campaign in the coming months?

As a school counselor, I can see both sides of issues. My biggest goal is to get people to think about what is polarizing them and find what they have in common. What can we really do that will positively impact the quality of life for the majority of our constituents? And, hey, let’s move on to funding our educational systems and having affordable health care.