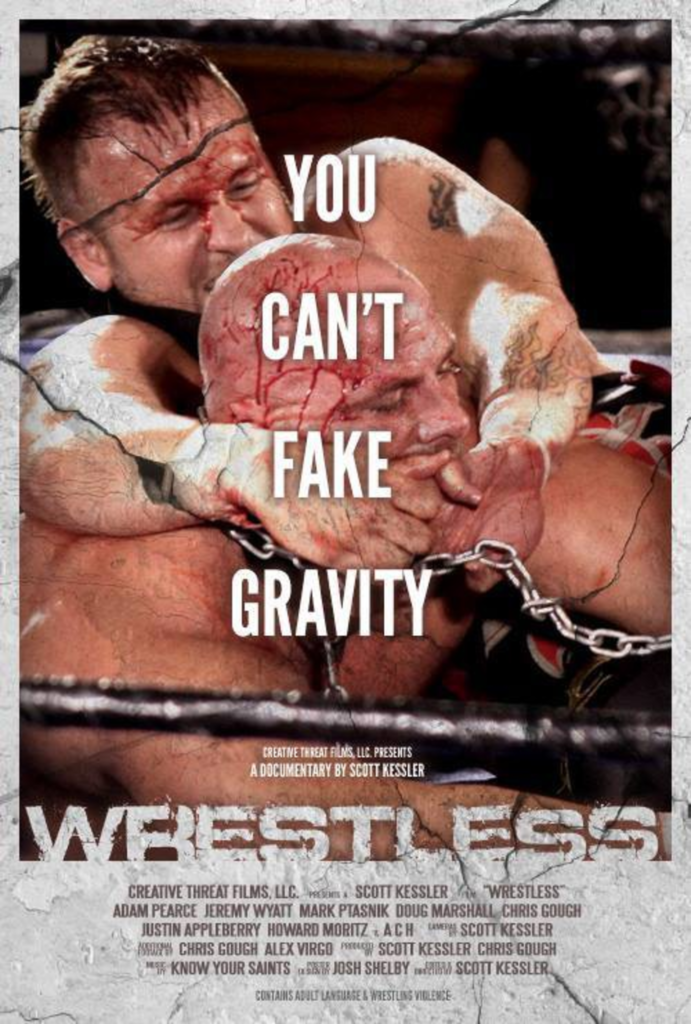 Metro Pro owner Chris Gough is bringing his motley crew of wrestlers back for a one-off show at the Turner Rec Center (831 South 55th Street, Kansas City, Kansas) for the first time since last August. But this show has an added hook: the premiere of Scott Kessler’s Metro Pro Wrestling documentary Wrestless.

Gough tells The Pitch that Kessler’s documentary was the impetus for coming off hiatus.

“I though it’d be a cool time for everybody to come together,” Gough says.

Wrestless is the story of Metro Pro’s final four months and follows several of the wrestling promotion’s performers who give candid interviews about their jobs, goals, experiences and more.

“It’s really a profile of people doing what they love, and busting ass to do it, even as they toil in obscurity,” Kessler tells The Pitch. “I can identify. I’ve toiled in relative obscurity as a writer and filmmaker for 20 years.”

Kessler, a wrestling fan, was turned onto Metro Pro by Doug Marshall, known in Metro Pro as manager-turned-wrestler Steven J. Girthy. He started going to shows and then had an idea for a documentary based on Metro Pro.

“After I went to a few shows, the idea occurred to me that this could make a very interesting character study as a doc,” Kessler says. “I’ve made three previous micro indie features here in KC and decided that I wanted to try my hand at a doc.”

Gough hadn’t seen the film when he spoke with The Pitch, but he was eager to see it and have a record of the end of his wrestling organization.

“When I ended up having to take a hiatus from it all, I told him, ‘I guess you have an ending for your documentary now,'” Gough says.

The idea of putting on wrestling matches and following it with a film intrigued Gough’s nostalgic senses (think Hulk Hogan’s No Holds Barred). Expect to see a lot of Metro Pro’s stars in the film, including Jeremy Wyatt, Michael Strider and more.

Gough says this is the only Metro Pro show that he has planned for now, but he says this likely won’t be his last wrestling show.

“The door’s always open to return to do some more,” Gough says. “I’d like to do it quarterly going forward. I’m expecting to have a show after this.”

The matches start at 6 p.m. The film is scheduled to play around 8:30 p.m. Tickets are available here.

The Hooligans vs. The King Brothers

And here’s the first trailer for Wrestless.