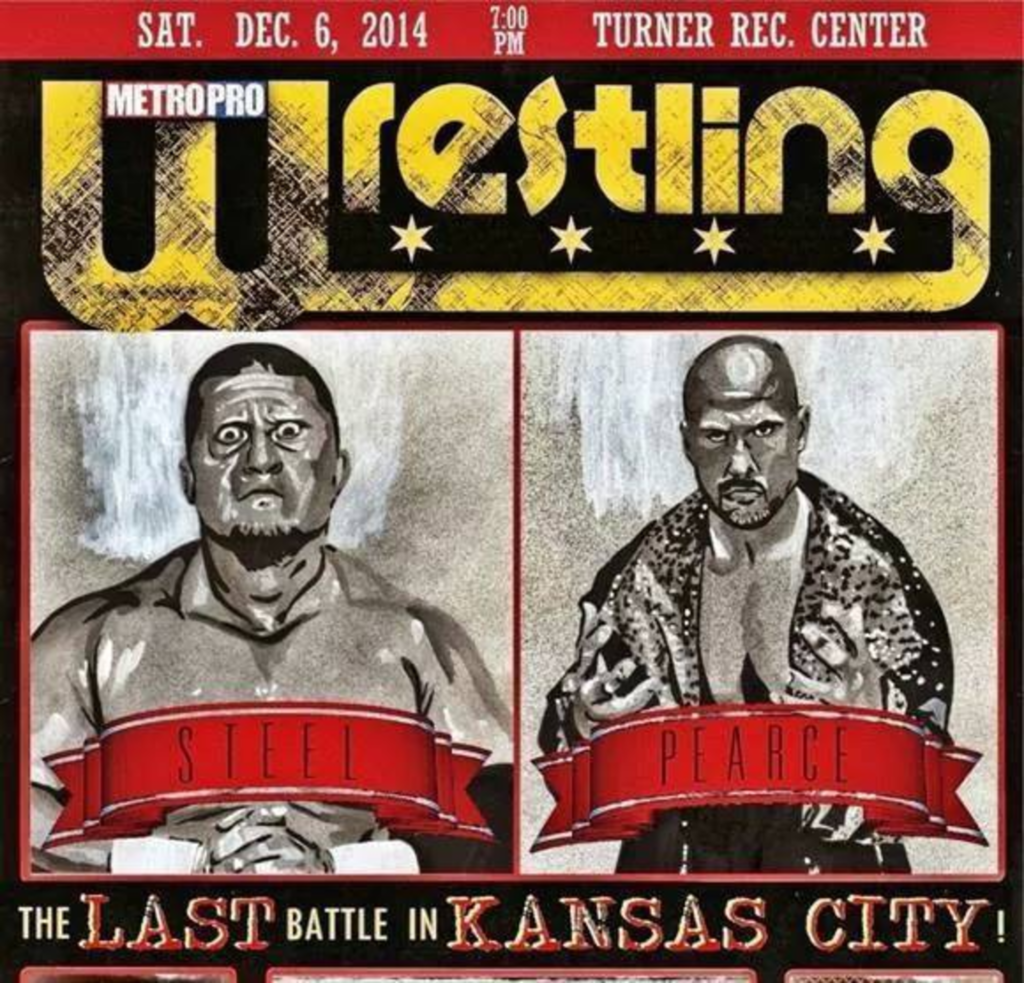 Saturday night at the Turner Rec Center is the beginning of a rebirth for Chris Gough’s Metro Pro Wrestling. The show, featuring the stated “last battle in Kansas City” between “Scrap Iron” Adam Pearce and Ace Steel, begins a stretch of a seven-show schedule through the end of 2015.

“I missed it,” says Metro Pro owner Chris Gough. “It gets in your blood.”

Metro Pro has returned only sporadically since going on an indefinite hiatus in August 2013. In June, Metro Pro returned for a one-off show featuring matches and a documentary film. Gough plans to promote wrestling cards every other month in 2015. Running fewer shows makes the ones he does put on mean more, Gough says, and it’s a more “livable time frame for me personally.”

The main event is billed as a “teacher vs. student” match between Steel and Pearce. Steel helped train Pearce and is also known as the man who trained CM Punk (who did his own breaking of the Internet last week with a podcast explaining why he left WWE). Artist Rob Schamberger has painted a portrait of Pearce, who hasn’t been a fan of Schamberger’s art in the past.

Also on the card, a Metro Pro Championship match featuring Jeremy Wyatt vs. Derek Stone. Gough says the match is a first between two grapplers who have wrestled for the last 20 or so years in the central states.

A.C.H., who has made a name for himself in Ring of Honor, defends the Central States Championship against Gary Jay. Gough says the two have had some “classic battles in St. Louis.”

The Commission takes on the King Brothers with a chance to be the No. 1 contenders for the tag team championships. Santa Claus returns to Metro Pro to face “Showtime” Bradley Charles. Redwing, a powerlifter out of Omaha, makes his Metro Pro debut against the “The Fittest Wrestler on Earth” Mark Sterling. And “Yoga Master” Mike Sydal fights Hoodlum.

Gough says Saturday’s show is the “biggest ever” for Metro Pro as far as presold tickets. The front row is sold out, but general admission ($15) and tickets for kids ages 5-12 ($10) are still available. Doors open at 6:15 p.m., and matches start at 7 p.m.

The card will be taped for television, Gough says, although he’s not sure when it will be ready to air on Time Warner Sports Channel.