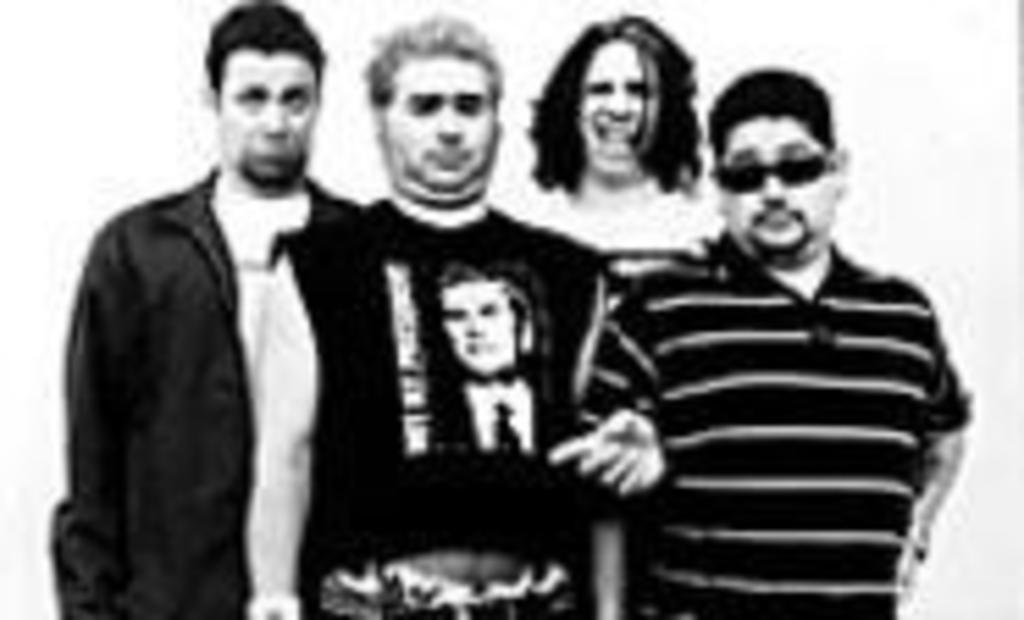 “Our motto: anything but Bush,” Lou Reed recently told Rolling Stone, voicing a refrain that’s becoming increasingly common among musicians. Not since the Reagan administration has a president catalyzed so much protest music. For every Toby Keith or Lynyrd Skynyrd jingoistic jingle, there’s a protest song keeping pace. In the past year, Bruce Springsteen, Dave Matthews, Don Henley, Moby, Willie Nelson and Tom Morello have expressed their opinions of Dubya in spoken word or in song. Even local microphone maestro Mac Lethal jumped into the fray with “Pass the Ammo,” a vitriolic State of the Union address that looked to shoot a conservative with a liberal amount of bullets. No doubt there’s plenty of Bush-bashing to go around, but how much of it is worth a spin? Here’s a sampler.

In a world gone mad, it’s hard to think right, MCA spits at the opening of this download-only cut. Maybe that explains why “World Gone Mad” is so lame. The Beastie Boys made their rep by generating some of the most clever wordplay in rap — remember, this is the group that once rhymed booty with Susan Faludi. But for clumsy raps, it doesn’t get much worse than this: Now don’t get us wrong, we love America/But that’s no reason to get hysterica.

NOFX: “Idiot Son of an Asshole”

In the past, when NOFX took a stand, it was usually atop a keg of Bud. Now the punks are more about social awareness than suds. In wedding frontman Fat Mike’s nasally snarl and NC-17 wit with political vitriol, “Asshole” is a fast, funny rant arguing that somewhere in Texas, a village is missing its idiot.

Six Feet Under: “Amerikka the Brutal”

For most death-metal bands, war is like Christmas, happy hour and Anton LaVey’s birthday all rolled into one. But not for these Florida longhairs, who registered one of 2003’s best metal anthems with this acerbic anti-war tirade. Mr. President, I’m not going to do your dirty work, Chris Barnes roars over chugging, meat-cleaver riffs. Give peace a chance — or this band will kill you.

The Dawson’s Creek diva demonstrates that she’s better off serving up the soundtrack to horny-teen melodramas than aping Al Franken. Full of pithy presidential put-downs — Your bed is lined with dollars/I bet you’re coming oil — the song is silly and self-righteous. Now what about us folks who live hand-to-mouth, the platinum crooner asks unconvincingly. We can’t afford our lives, and we’re working three jobs. Uh, yeah. Paula’s triple duty must be singing, sermonizing and sucking.

Public Enemy: “Son of a Bush”

With Chuck D. frothing rhymes over growling metal riffs, this cut is rap-rock’s redemption. Chuck is less an MC than one big, throbbing vein with a microphone. I ain’t callin’ for no assassination, he bellows. I’m just asking who voted for this asshole of the nation? Backed by Terminator X’s chaotic scratches and sirens that approximate an agitated car alarm, this cut, like Michael Moore’s acceptance speeches, makes conservative blood boil.

The haves have not a clue, Eddie Vedder moans on this moody rocker, which slowly crawls like a lit fuse toward an explosive climax. A smart, articulate critique of George W.’s life of privilege, “Bushleaguer” is one of the most salient swipes at the commander in chief. Born on third, Vedder sings of Bush, thinks he got a triple. (Mr. Hightower, your royalty check is on the way.)

Pennywise’s heart is much bigger than its brain. Although this protest anthem is laudably earnest, it’s also radicalism at its most reductionist. Apathy’s the national disease, and there is no end in sight/God save the U.S.A. /Blame the president, and say your prayers tonight, frontman Jim Lindberg wails over blitzing rhythms. It’s a lot of knee-jerk sentiment, as intellectually lazy as the band claims Bush is.

Mellencamp’s wizened, sandpapery voice is all grit and gravity. On this sparse folk shuffle, he’s backed only by acoustic guitar and fiddle, lending an understated beauty to this fist-shaking foot-stomper. One of the few anti-Bush tunes that’s as eloquent as it is angry.