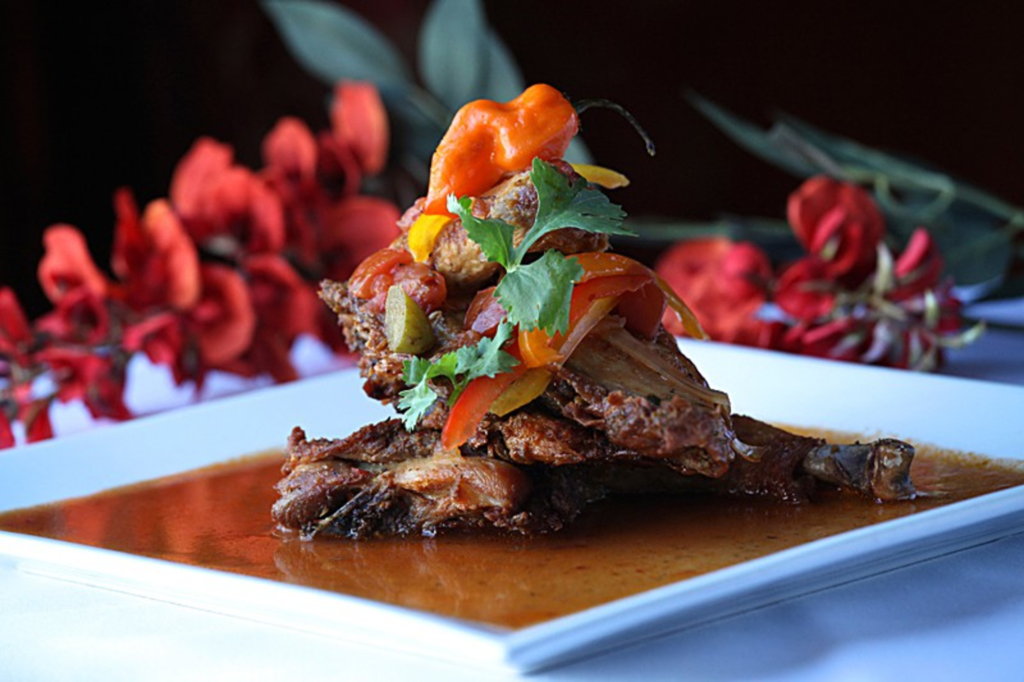 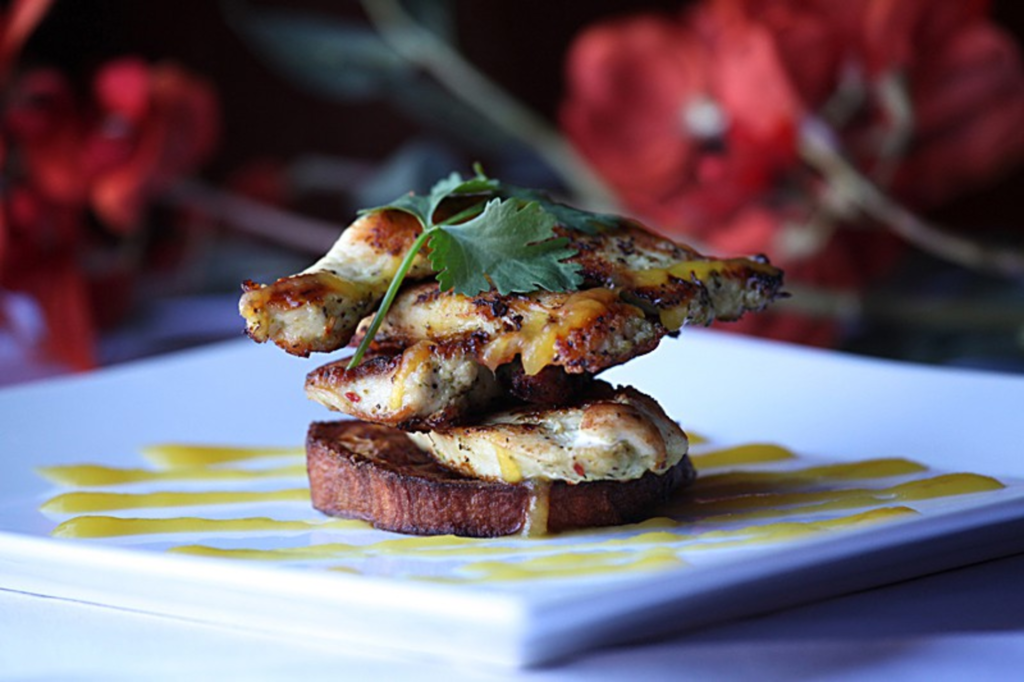 If you arrive at Mesob Pikliz a shade before the posted noon opening time and find the front door locked, just keep knocking. Haitian-born chef Cherven Desauguste and his Eritrean-born wife, Mehret, are still a little security-conscious. Their 28-month-old business was robbed this month.

“They came right through the front door,” Desauguste told me last week. The thieves didn’t cause any damage to the interior of the pretty, pumpkin-colored dining room. “They only took the POS system that we use for credit card sales,” Desauguste said. “And all of the liquor.”

Not all the beer, though. Desauguste was able to offer a friend of mine a cold Stella Artois with her lunch the afternoon we stopped by. The cool brew made a soothing counterpoint to some of the spicier fried starters on the menu, including the oily, crunchy fritters called akra, made of grated taro root (and here deliciously seasoned with chopped jalapeño and cilantro). Also satisfying were the golden pillows of pan-fried sambusas, which come stuffed with ground beef or chopped vegetables.

All of these crispy, hand-held foods should be dipped in the glossy, deep-green cilantro sauce that arrives with them. It’s lemony, tart and as addictive as crack. After two meals in this tiny restaurant, I wanted to dip everything in the stuff and had to keep myself from adding it to the already very sugary Ethiopian coffee I ordered after dinner.

The restaurant serves both the cuisine of Desauguste’s native Haiti and a dozen traditional Ethiopian dishes from his wife’s homeland. When the couple opened Mesob Pikliz, they weren’t sure which of their culinary heritages would prove more popular. The familiar dishes of Eastern Africa — spongy injera bread, doro wat, beef tibbs in clarified butter — are much less exotic to local diners nowadays, thanks to the number of Ethiopian venues that have opened around the metro the past decade. The succulent goat stews and fried meats of Haiti, though, aren’t so common yet.

More local Indian restaurants now have goat dishes on their menu, but often the meat is stringy, bony and less than flavorful. Desauguste’s is none of those things; it may in fact be the most tender goat stew in the metro, a slow-cooked kabrit nan sos in a rich, mahogany-colored sauce.

“We’re selling many more of our Haitian dishes,” Desauguste says. His customers are taking his advice and sampling both cuisines together. It’s an idea I can endorse. On one of my visits, I shared a trio of Desauguste’s favorite Haitian choices (including a very fine plate of kribish, sautéed shrimp blanketed in a topaz-colored and delicately seasoned chardonnay sauce) with my three companions, along with a platter of stewed Ethiopian greens, grains and cabbage presented as tide mounds on a shawl-sized round of airy injera bread. Fried plaintains were sensational with heaping spoonfuls of the colorful, discreetly spiced pickled slaw (pikliz), from the Haitian side of the menu — as they were with a dollop of the vinegary greens and the turmeric-scented stewed cabbage from the restaurant’s Ethiopian flavors.

There’s also a good pork shoulder, marinated in orange juice and herbs before chef Desauguste chops the meat into chunks and flash fries it until the exterior is lightly caramelized. The result is light on the tongue, not chewy.

Mesob Pikliz’s storefront has been tricked out with embroidered drapery panels and ceramic tiles, and the dozen or so little tables here are sheathed in crisp white linen. On my first visit to the dining room, the stereo was blasting Addis Ababa Top 40. The next day, the soundtrack was classic American R&B (I heard B.B. King and Bill Withers), which felt right. This is a meeting place, after all, for two international culinary traditions that have greatly influenced the American soul-food sensibility. The dishes that chef Desauguste prepares in his small kitchen are stewed, blackened, fried, braised, sautéed and simmered, using a more exotic panoply of spices than soul food’s African-American architects typically had on hand. But the concepts are the same.

Because Haiti was, for many years, a French colony, Desauguste can whip up a sensational crème brûlée as a dessert, and the tiny cups of sugary coffee served as a finale are enticingly fragrant, if not easy on the teeth.

“We have unsweetened coffee, too,” Desauguste told me cheerfully, bringing out a mug of a robust Ethiopian blend. “Our regular customers like to come in, eat very heartily and relax.”

Mesob Pikliz may be one of the few places in the metro where relaxing is defined as eating a bit too much, finishing with a jolt of caffeine, and listening to B.B. King wail “The Thrill Is Gone.” Then again, anything less would be an anticlimax.