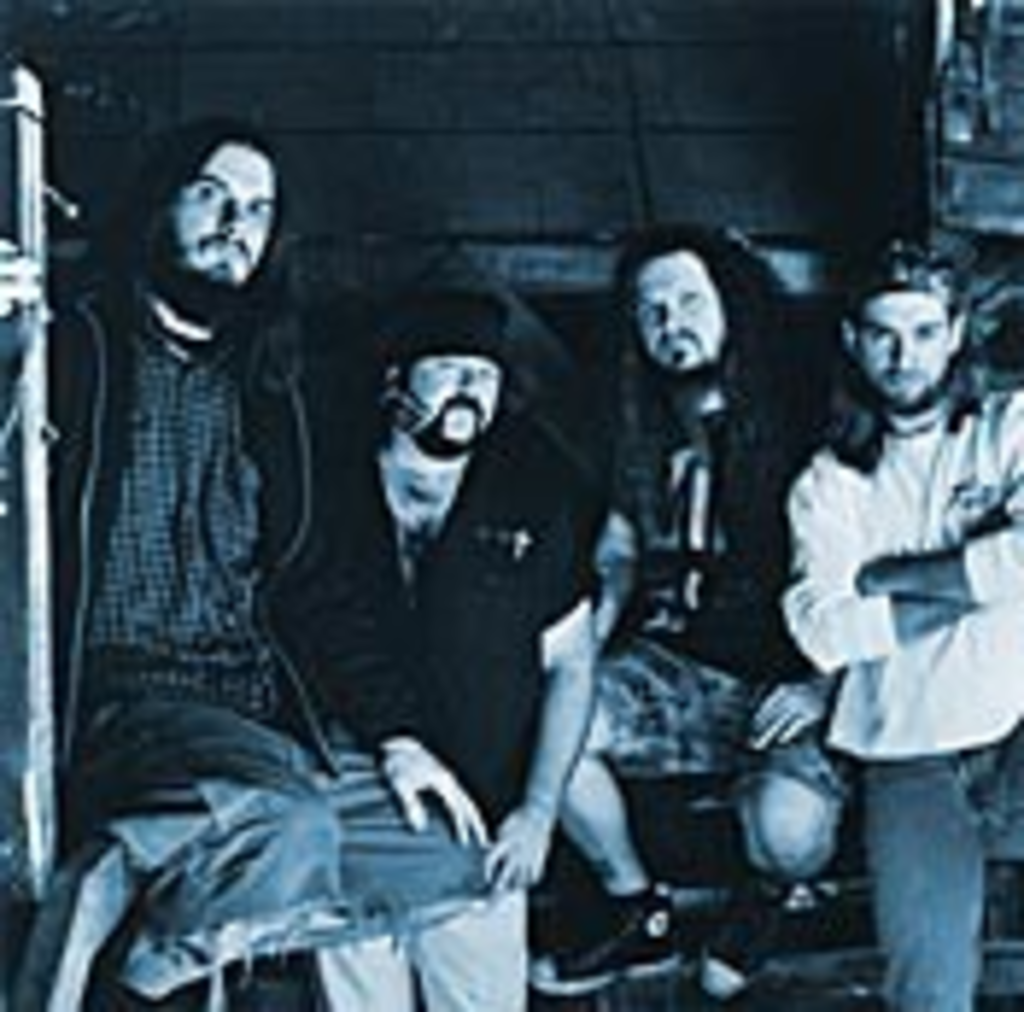 Pantera drummer Vinnie Paul isn’t looking for accolades from anybody for anything he or his band has done over the past decade. In fact, lead singer Phil Anselmo says as much when he sings, Reliving old reviews is a useless tool of confusion, on a track from the group’s latest effort, Reinventing the Steel. When Pantera started, fame and critical acclaim ranked quite low on the group’s priority list.

“Why does any red-blooded Midwestern teen get into music?” Paul asks sheepishly. “I wanted to meet women and take them to bed with me. I wanted to create music that made people crazy. Like the Kiss song says, I wanted to rock and roll all night and party every day. So far, with Pantera, I’d say my expectations are being met quite nicely, actually — wouldn’t you?”

Perhaps so, but since Anselmo joined the band shortly before the release of the band’s 1990 breakthrough, Cowboys From Hell, the band has met secondary goals — such as earning respect from music scribes and selling millions of records without the help of mainstream radio or MTV (although Beavis and Butthead did give the band a few plugs). Pantera has weathered such trends as grunge, hardcore, industrial, and rap/metal, continuing to create its own music on its own terms, labels be damned. By sticking to its guns, Pantera has generated a loyal fanbase that seems willing to follow the band into hell and back.

“I can’t say that we were always this independent, actually,” admits Paul, who produced the band’s ill-fated pre-Cowboys efforts, such as Metal Magic and I Am the Night. “Originally, we were sort of looking for a direction, looking for that Pantera sound. It took Phil joining up for us to finally put the pieces together. Before that, we were just referencing our idols, playing stuff that sounded like Sabbath or Kiss, or whatever we were listening to. With Phil on board, and with the band finally signing with a major label, Pantera became the beast it is today. And we’ve been grinding that ax ever since.”

The band started its grind in the early ’80s in Arlington, Texas, where it didn’t have to worry about crafting an image or scrambling for gigs. In Texas, music is king, even hard and heavy ass-kicking music like Pantera’s.

“The beautiful thing about being from Texas is that there is no one way of doing things,” Paul says. “Texas has always been a musical state, and everybody who makes music in Texas seems really proud to do it their way. We are all rebels in that way in Texas. Seeing that there has never been just one genre of music that everybody follows, bands like Pantera are free to just sort it out for themselves. Being from this place has given us, and nearly every other band, the freedom to jump off the bandwagon and follow our own twisted ideas.”

When not laying the blueprints for Pantera’s savage sound, Paul dreamed about the group’s future as a world-famous rock-and-roll machine. He might not have gotten into music for the fame, but once he became immersed in the scene, he soon realized that his band might have the tools needed for a big-time breakthrough.

“It isn’t like we crafted a business model for band success in those days, but in a very real sense, Pantera was influenced by those big arena rock bands from the past,” Paul explains. “If anything, we modeled our sound and image based on what we grew up on. I knew even way back then that if Black Sabbath, the Rolling Stones, or Aerosmith could play their kind of music to thousands of fans a night, then eventually so could we. I think you have to dream big to make it big.”

And make it big they did. So big, in fact, that Pantera toured the world several times with its idols. After Pantera helped kick off the inaugural OZZfest in 1997, Ozzy Osbourne recruited the band for opening-act duty for Black Sabbath’s reunion tour. As Paul says, “That’s sort of an offer you don’t refuse.” Pantera found two subsequent offers to warm up for Sabbath, as well as take a jaunt through Mexico with Metallica — equally irresistible — but eventually the band forced itself to ignore the temptation of the road to crank out Reinventing the Steel.

That album proved that the four-year gap between studio albums hadn’t drained the band of any of its volume or venom, but some wonder how long such an intense, hard-living group can continue cranking its amps to 11. Paul says touring with the Blizzard of Ozz provided his answer.

“We always told ourselves that we would only continue to do this as long as we were having fun doing it,” he says, “but when you see Ozzy Osbourne, who’s in his 50s, kicking ass harder than most of the other bands half his age, you really think, ‘I can do this forever.’ I’m not going to put any time line on it, but if we can still be doing it as well as Ozzy, then Pantera might just be around for another 20 years. I’m really happy doing what I’m doing now, in my 30s, so I can now see past today and, thanks to Ozzy, see myself as a bad-ass 50-year-old keeping it real and rocking the world. So if I don’t see you all on this OZZfest, I’m sure in 2020 me and Ozzy will be back to kick your asses.”