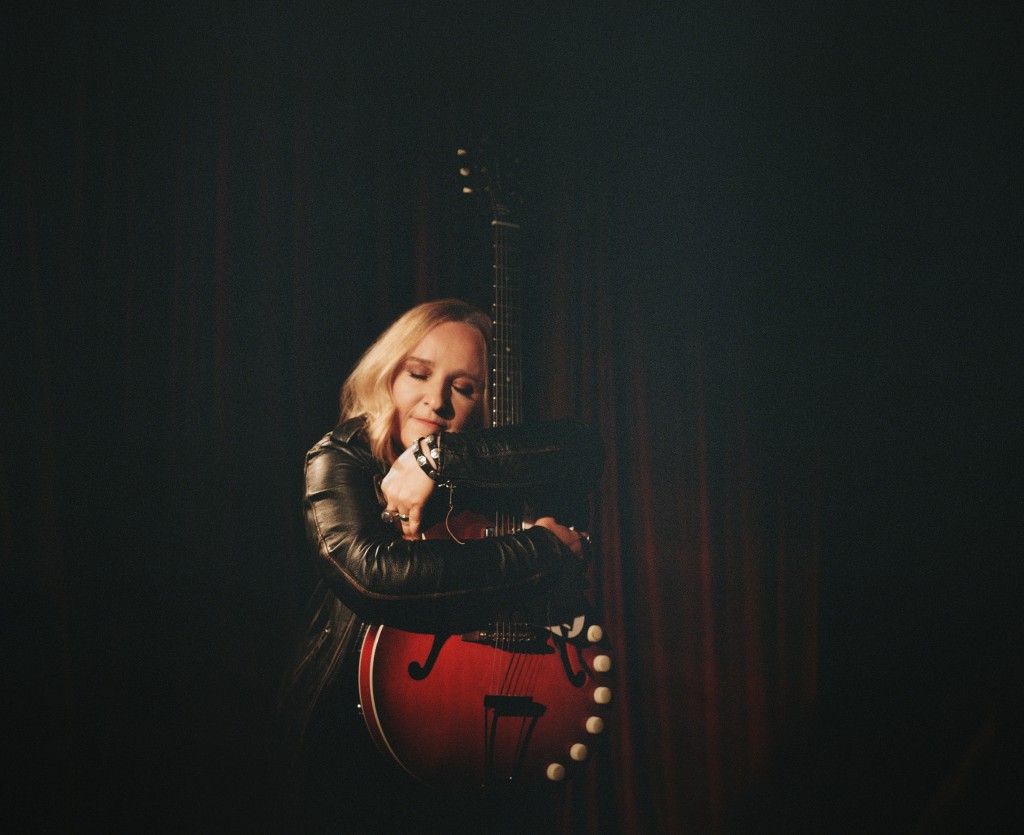 Melissa Etheridge’s music should require no introduction for folks in this region. The Leavenworth native’s music has been ringing out of stereos for nearly four decades now, with her 1993 breakout album, Yes I Am, a seminal rock ‘n’ roll touchstone and a potent statement of queerness and feminism.

Her latest, One Way Out, released in September of last year, saw Etheridge return to songs she’d written early in her career, but never recorded until later on, and leaves one wondering just why these fiery tracks hadn’t seen the light until recently.

Ahead of her return to Kansas for a show at Lawrence’s Liberty Hall this Sunday, August 14, we spoke with Etheridge by phone about her recording career and local roots.

The Pitch: What’s it like, being the most famous musician from Kansas who’s not actually in the band Kansas?

Melissa Etheridge: [laughs] I love that. I love representing Kansas because Kansas is sometimes misunderstood. Sometimes they throw us in with the south or like it’s the ultimate flyover state ’cause it’s right in the middle. But I love Kansas. I love being from there. I love going back to there and you know, I love whenever I see on Twitter, “Who’s the most famous person from your city or your state?” and they’re like, “Mine’s Melissa Etheridge.” If they accept me as that little old womanly me, then right on–I’m loving Kansas.

In addition to representing Kansas, you have come back a lot to play in the area over the years. Most notably and in recent memory, you played Camp Leavenworth last year. What is it like, playing not just in Kansas City, Topeka, Lawrence, or something like that, but playing Leavenworth specifically? There’s a sign with your name on it as you drive down 4th Street!

It is dream come true stuff. That’s what this. It’s “Look at me, mom, I made it sort of stuff” because, because you don’t hear of many shows in Leavenworth, do you? Leavenworth is not a concert stop, ever. We have some little local places, but this show was down by the river, outside. They shut down the street and it was so beautiful and it was like I said–it was total dream come true. I would walk around downtown and go, “Someday,” you know? And that someday came. I hope that’s inspirational because it sure as heck feels really good to me now.

The album you’ve released most recently is One Way Out, which are all of the songs you wrote in the ’80s and ’90s that never made your albums. Why didn’t they make the albums? Especially “As Cool As You Try,” because that song sounds like it could have been a hit in the ’90s.

Yeah. Silly me. I was insecure. I mean, I’ve learned over the years and definitely become more secure, but at the time this was 1990 or ’91, and feminism was not a very popular subject and “As Cool As You Try” is just all about that. I look back and I’m like, “Oh, come on little 30 year-old me–why didn’t you have the nerve?” But I didn’t, so now 60 year-old me is going “Okay, well, I’ve got the nerve,” and I love playing this song. This song rocks.

You found these songs when you were digging up stuff for a box set. What about the box set?

Yeah. What about the box set? That was the lesson for me. I spent a year or something. I was all like, “Oh, this is gonna be great. I’m gonna have a box set,” and I gathered all these old tunes and this old stuff and in the middle of that project, I changed management. It was 2013 or right around there and my new manager came to me and said, “Look, if you do a box set, the only one that’s gonna make money is the record company. You’re not gonna make a dime. It’s all their stuff.” And I was like, “Oh,” and so I shelved it because I got off the record label and everything.

This is when record labels were headed down anyway. They’re just not what they used to be and I certainly don’t need to have a record company own all my work anymore. I can do it myself. So we put it on the shelf and I had recorded this and I had actually ended up paying for it myself, so when I put it on the shelf, I knew that it was mine and someday I could do something with it.

That someday came during the pandemic when BMG said, “Oh my gosh, do you have anything?” And I said, “Well, I recorded this a few years ago. Let’s try it,” and they loved it, and here I have it. Finally, it’s out in the world.

That video for “As Cool As You Try”was notably recorded at Molly Malones. You have dancers, you’re up on stage, and that video looks like some of the most fun you’ve had in a music video ever, since your videos tend to be kind of serious.

Video’s always been a funny thing for me because it’s not real, it’s not live, and I do my best live. I really enjoyed this. This was the first time I did a full-out video in a long time. The women that I worked with–it was mostly women that did the whole thing were–just really, really made it a fun experience, a good time, and a great video.

Because you mentioned live being your thing, and because so many artists we’ve spoken to over the last couple of years had to pivot during pandemic, what’s it been like getting to return to the stage with an audience for you?

Oh, I would never ever take for granted again, an audience. Oh my God. I don’t care if it’s 10 people, if there’s people sitting in front of me listening to me. I mean, I’m a little embarrassed how much I missed applause, but it’s a big part of my life. I love it. Man, the first time I got back on stage was like, “Oh God, I missed you so much.”

Is there a difference between a local/hometown crowd and the crowds you see elsewhere or are they just different all over in general?

I think that the difference in the hometown crowd is inside myself. I think I bring a different energy. I bring that “dream come true,” youthful energy to me whenever I play anywhere in Kansas and otherwise, each audience is unique. I play all around the world and they all have their different ways of listening and enjoying music. Some places, they participate more; other places, sit back and listen.

I’m fine, now that I’ve got a an idea of what to do when I arrive to a place. When I make a setlist, I take into consideration–one, the city I’m playing in. What’s it been like before? Then, I take into consideration the venue–is it a standing venue? Is it a sitting venue? Is it a comfy cozy theater? Is it a rock club? Is it a arena where people are standing up. All these different things make a different set list and make an audience react. Is there alcohol involved? Is alcohol easily gotten. After an hour, that’s gonna be a different show.

All these things I consider when I make a set list and that’s my fun. That’s my challenge. It’s like, “Ooh, how can I make a perfect set list to where I get everybody? And then they’re all up no matter where they are, they’re all up in their feet and screaming and hollering by the end?”

At this point, as your 60 year-old self, you’re performing to crowds where people are bringing their kids and possibly even their grandkids. One has to imagine every crowd’s a hometown crowd when you have that much family in it.

Oh, my God, yes. It is so cool to actually to see my audience kind of get younger. About 10 years ago, I started seeing like young people again and I was like, “Whoa,” realizing, “Oh, their parents played really good music for them in the ’90s and the 2000s and now they’re in their 20s and, and now they’re in their 30s” and it just keeps going and then they bring their kids. I’m like, “Yeah, this is gonna last forever. This is awesome!”

So many of the things that you’ve gone through over the last decades–it seems that you are not cowed by them at all. If anything, you seem stronger. Is that the case, or are we just reading too much into things?

I learned through cancer when I went through that. I learned a couple years ago when I lost my son. And now I’m doing all I can to help bring plant medicine to the forefront–nature-based alternatives to opioids and stuff like that–and that brings me peace, learning that people make their choices and knowing that my son’s death doesn’t kill me and I don’t need to die because he died, and then helping other families, and other people get through it and understand that opioid addiction is a huge problem, helping families heal because it can wreck them. It’s very hard on families.

We’re sorry for your loss and that this interview got a little darker than we intended.

Oh no, no, no, no, no, no. I don’t have any trouble talking about it because I think that’s something we all need to do. I have beautiful memories of my son, and I know the pain he was going through, and I know that he’s out at pain now, which makes me happy, and he is with me when I celebrate him and when I’m happy about it. So do not worry about that. I think of him every day, and it is a delight. It is not sad.