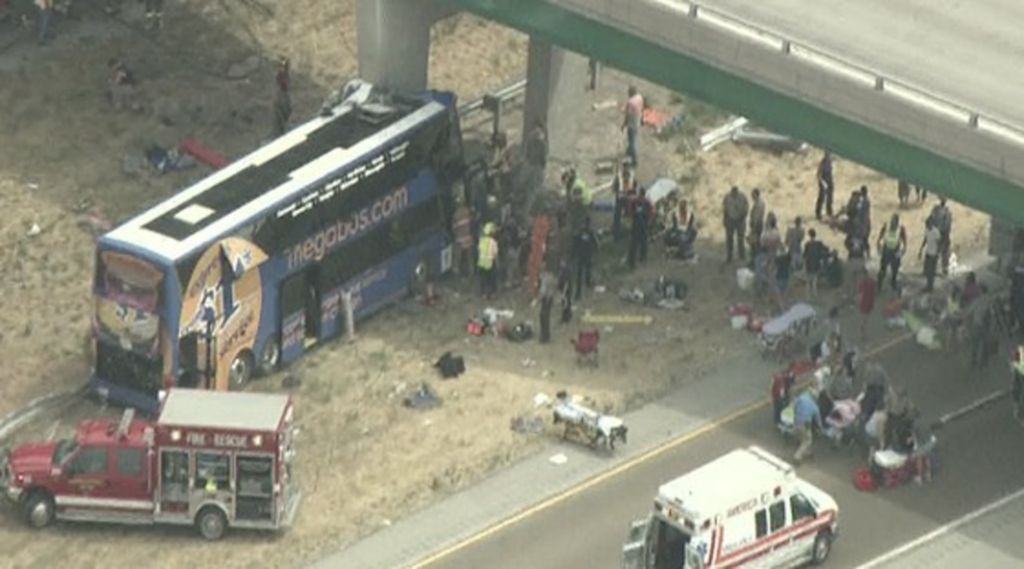 A double-decker Megabus driving to Kansas City has crashed in Illinois. A Chicago CBS affiliate reports that the bus blew a tire before smashing into concrete support. The crash happened on Interstate 55 near Litchfield, Illinois, about 60 miles north of St. Louis. It had planned stops in St. Louis and Columbia before continuing to Kansas City.

A Megabus spokeswoman told the CBS affiliate that 81 people were booked on the bus. The station reports, “Illinois State Police Spokeswoman Monique Bond said at least 25 passengers were hurt, some of them critically.”

St. Louis TV station KMOV-4 reports that 30 ambulances and 10 medical helicopters were dispatched to the crash site. Passenger Zaq Hall told KMOV that two riders were pinned in the upper deck and that the driver was trapped.

In September 2010, a Megabus en route from Philadelphia to Toronto crashed near Syracuse, New York. The driver of the bus was acquitted of four homicide charges in February.