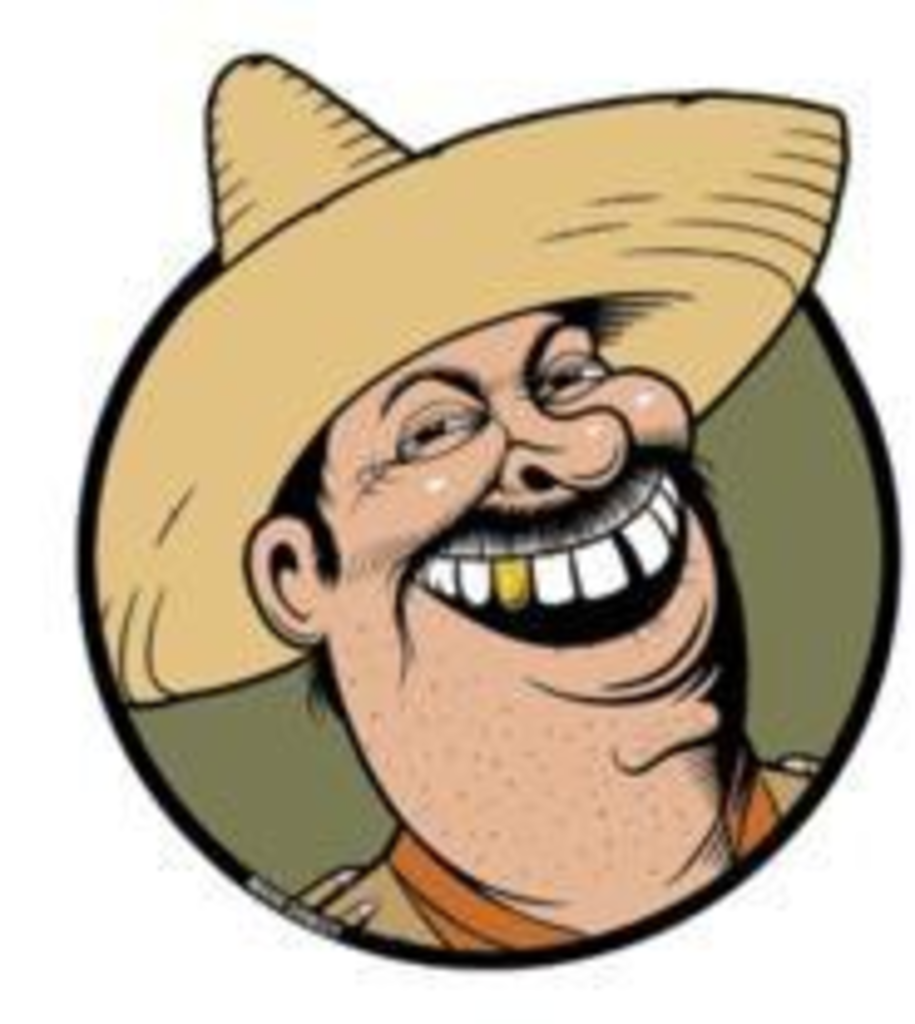 Bienvenidos to the world’s foremost authority on America’s favorite beaners! The Mexican can answer any and every question on his race, from why Mexicans stick the Virgin of Guadalupe everywhere to their obsession with dwarves and transvestites. (In the course of his answers, the Mexican will use certain terms and phrases for better-rounded answers; for definitions, see his glossary.) Awright, cabrones: laugh and comprende!

What is it about the word illegal that Mexicans don’t understand?
Mondo Minuteman

Take your pick, Mondo. Mexicans don’t understand the word illegal because: (A) when paying their gardeners, nannies, busboys and factory workers in cash (and forgetting to withhold payroll taxes), U.S. employers don’t seem to understand the word illegal, so why should Mexicans;(B) the Anglo-American trappers and traders whom you and I were taught to admire as tough, self-sufficient frontiersmen and pioneers were among the American Southwest’s first illegals —who are you calling illegal, gabacho; — (C) Presidente Bush’s proposal to offer amnesty and a guest-worker program to all illegal immigrants — a move designed to appease his supporters in the business community — means even Republicans don’t understand the word; (D) whether they buy a fake passport or take a citizenship oath, Mexicans will never be more than wetbacks in the eyes of many Americans, so why bother applying for residency; (E) The Kansas City Star stylebook reportedly requires its reporters to describe as “undocumented workers” the men and women you call illegal; (F) little-known fact: The fragment of poetry on the Statue of Liberty (“Give me your tired, your poor, your huddled masses yearning to breathe free,” etc.) does not, because of a French engraver’s error, include Emma Lazarus’ rarely cited footnote, “No Mexicans, please.” Fucking French.

But the real answer is the word itself. Illegal is an English word; Mexicans speak Spanish — yet you never hear Mexicans whine that their bosses don’t understand such easy Spanish phrases as pinche puto pendejo baboso, do you?

Why do Mexicans love public restrooms so much? It seems like any one you visit has a minivan-load of Mexicans waiting to get into it. Also, why do Mexicans wipe after a No. 2 and then throw the crappy toilet paper into the trash can rather than flushing it away? So gross! Let’s try to put an end to that madness.
Flushed Out

Felicidades! You have just stumbled upon the most surefire way to tell if a Mexican is fresh from the border — or, as Mexicans who have lived in this country for years like to describe them, si tienen un nopal en la frente (“If they have a cactus growing from their forehead”). See, flushable toilets remain a novelty in rural Mexico, so Mexicans new to this country treat public restrooms with the same anticipatory awe that Japanese tourists save for Disneyland — hence, the long lines. Regarding the popó-gunked Charmin: Those precious few ranchos who do have indoor plumbing suffer from inferior pipes installed on the cheap by Mexico’s government. Anything heavier than last night’s menudo would rupture the sewage system and ruin the rancho’s water supply, so used toilet paper must go in the wastebasket. Nopal-wearing Mexicans keep this tradition long after immigrating here, though. Can you do me a favor, gabacho, and tell nopaleros that here in los Estados Unidos, we’re much more sophisticated with our No. 2 — we flush it into the ocean.

Got a spicy question about Mexicans? Ask the Mexican at mexican@pitch.com. And those of you who do submit questions: include a hilarious pseudonym, por favor, or we’ll make one up for you!