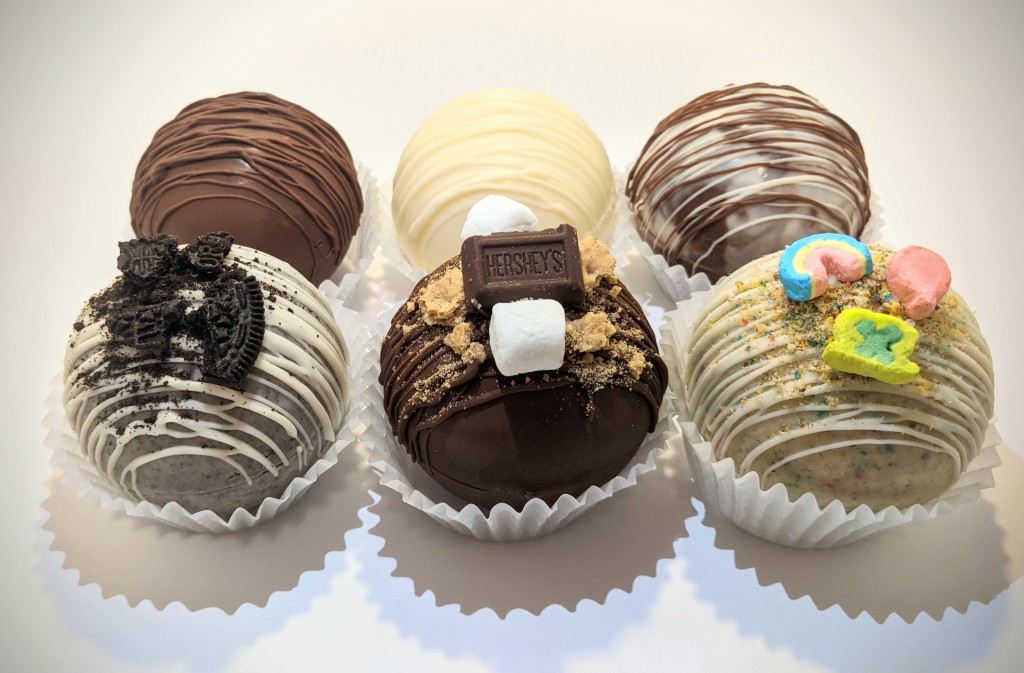 Hot chocolate bombs have been taking Kansas City by storm. But what exactly they are and why they deserve the hype can be confusing for some. It seems like overnight people on Facebook told us to buy hot chocolate bombs for Christmas. And then we all collectively did without thinking about it.

To be specific, hot chocolate bombs are hollow balls of chocolate filled with some assortment of hot chocolate related things. Usually it’s marshmallows and hot chocolate mix. Although all of the attention on the bombs has led to some creative flavor creations.

If you don’t know where to go to buy these drinkable confections, allow us to introduce you to our favorite spots. @sugarmama_KC on Instagram does a cereal and milk bomb. @heynique on Instagram does a cookies and cream bomb—and all of her bombs can be made vegan for those plant-based friends who still want to partake in the craze. Mmm Good – Sweets and Treats has the most flavor combinations I’ve seen with at least 12 flavors ranging from s’mores to snow princess (blue raspberry and vanilla bean).

Three T Bakers in Olathe has an array of flavors as well, including a chocolate firecracker, for those adventurous enough to add even more intrigue to their bomb. The Cake Loft, also in Olathe, even does mini hot chocolate bombs, for those who want a smaller dose of the hot chocolate madness. If you can get there before they sell out, Hawthorne and Ivy in Waldo does Chiefs-themed bombs that have consistently pleased the masses. Kat’s Confections has a variety of flavors, including snickerdoodle if you want your hot chocolate to taste like a cookie. They also sold the bombs in a mug around the holidays, and we’re hoping they’ll bring that special back year-round. 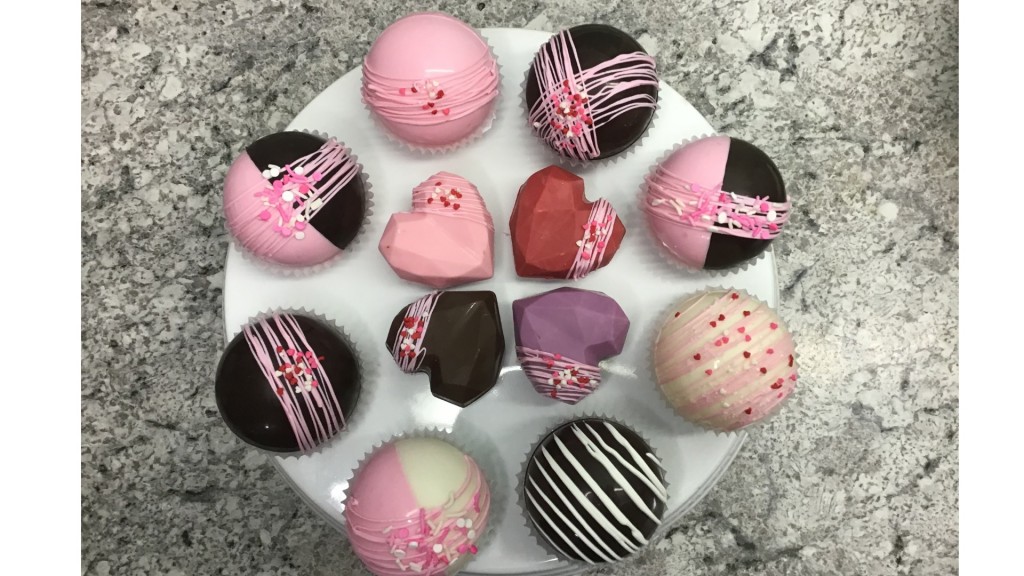 Meanwhile, Sweet Surprise Co. is continuing the festive tradition of gifting hot cocoa bombs for the holidays with their Valentine’s Day special. Yummies by Yoka—a finalist for our “Best of KC 2020” awards in the “best place to get a wedding cake” category—has expanded their offerings to add hot chocolate bombs. They have a colorful unicorn flavor filled with colorful marshmallows and sprinkles. Yoka also offers an expansive menu of bombs in different sizes, so you can order with your appetite and cup size in mind. Perhaps the longest running hot chocolate bomb maker in the Kansas City area is Nellie’s Custom Cakes. She’s been making hot cocoa bombs for over a year and has definitely perfected her craft.

Now that you know where to buy those sweet drink concoctions, be sure you know how to use them. Anonymous people in our office, who shall not be named, made quite a few mistakes while trying these. One put the hot cocoa bomb in her mug after the milk, and hot milk splashed all over the place. Another’s so-called friends who gifted him the bomb did not inform him of what it was. He proceeded to fully bit into it—leaving himself covered in a cocoa powder mess.

First, put the beautiful bomb in the bottom of your mug. Then, and only then, pour hot milk over top of the bomb until the mug is full. Your hot cocoa bomb will begin to melt, and you can help that along with a spoon. Once you begin to turn the bomb with your spoon the inside will explode, so to speak, and put all of those delightful toppings in your mug. Stir to combine and you have a fun and innovative way to drink hot chocolate.

Perhaps the hype is because it is a more aesthetically pleasing way to make hot chocolate. Or maybe the bombs give the hot chocolate a better flavor than the microwave packets we’re all used to. Either way, hot chocolate bombs are the new fad drink of the season, so get to drinking.