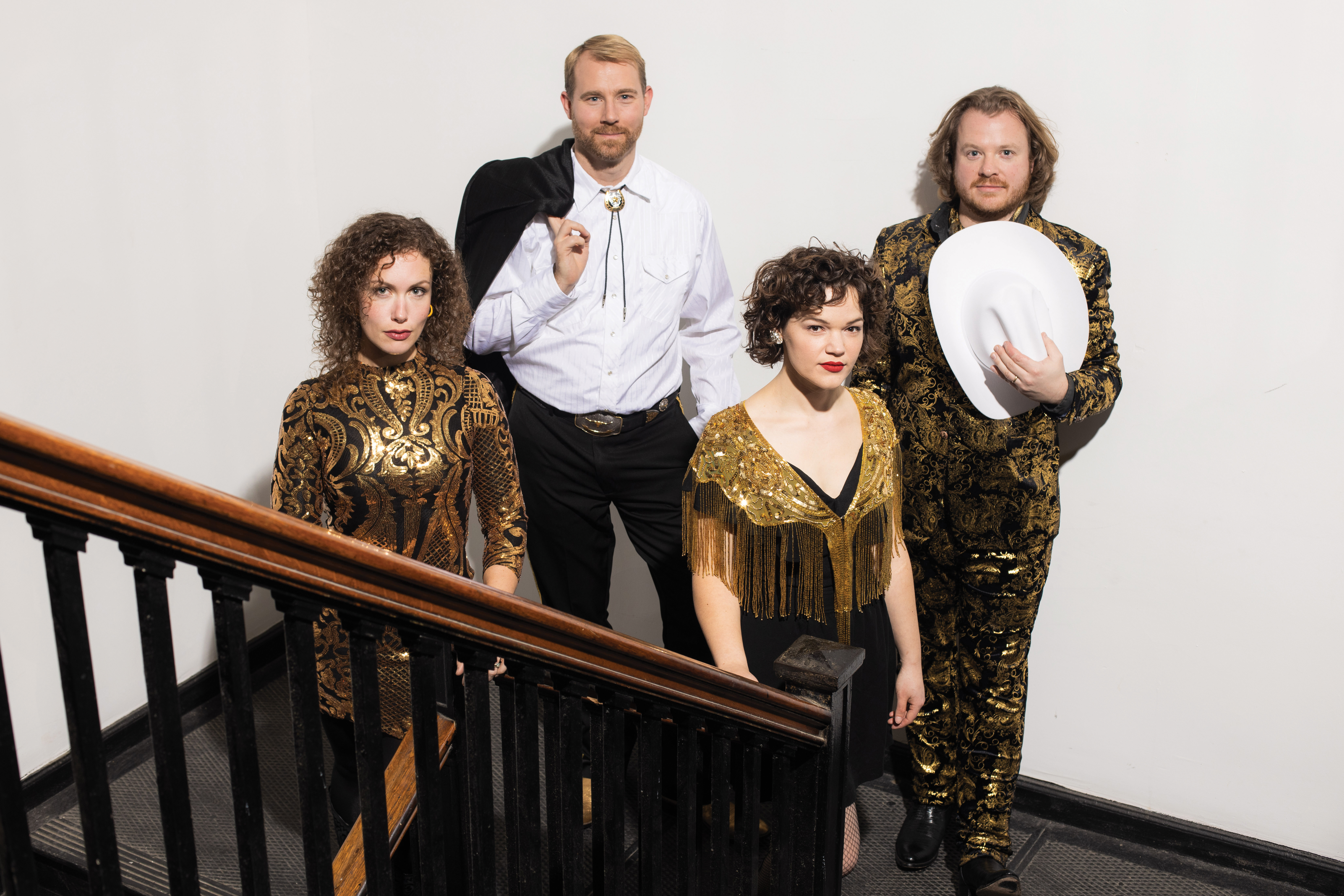 Country music, it seems, is back.

Ken Burns’ new eight-part documentary on the genre is streaming into homes across the country, Kacey Musgraves won the 2019 Grammy for Best Album, the country supergroup the Highwomen (Brandi Carlile, Natalie Hemby, Maren Morris, and Amanda Shires) has been lauded for addressing societal issues in its music (how far we’ve come from the Dixie Chicks drama of 2003!), and Dolly Parton is the star of a recent hit podcast and an upcoming Netflix show. And that’s all before we even get to “Old Town Road.”

Add the local group Cowtown Country Club to that list—sort of. The foursome comes at its honky-tonk from an odd—almost oxymoronic, even—angle: They’re a bunch of classical musicians.

“There’s a saying that country music is just three chords and the truth,” says singer and guitarist Leah Sproul Pulatie. “We have more than three chords.”

Based on her résumé, Sproul Pulatie wouldn’t seem to be the type to sing inside beer-and-a-shot dives. Her background is decidedly highbrow, with great-great grandparents—Ottley and Louie Cranston—who were English opera singers that came to the United States around the turn of the nineteenth century as part of a touring production of Richard Wagner’s “Parsifal.” They decided to stay in Kansas City and start the Kansas City Grand Opera Company. Sproul Pulatie herself earned a doctorate in composition from the UMKC Conservatory in 2015 and currently serves as president of newEar Contemporary Chamber Ensemble.

But she’s always been drawn to vocal music.

“When I was in music school at the Conservatory and studying composition, some things you are a little hesitant to bring up or express that you enjoy—like country music,” Sproul Pulatie says. “Greg was the first other composer that I met who was like, ‘So, Dolly Parton, what a great songwriter, right?’”

That’s Greg Gagnon, her fellow guitarist in the band, who’s also a trained composer. In 2011, Sproul Pulatie, Gagnon, and Gagnon’s wife, Jessica Salley, had created a country and western skit called “The Donnie and Darla Show” for Fringe Fest. In 2017, post-Conservatory, they returned to the idea.

“We spent so many years bashing our heads against a wall with the composition stuff, we thought, ‘Let’s have fun,’” Sproul Pulatie says. 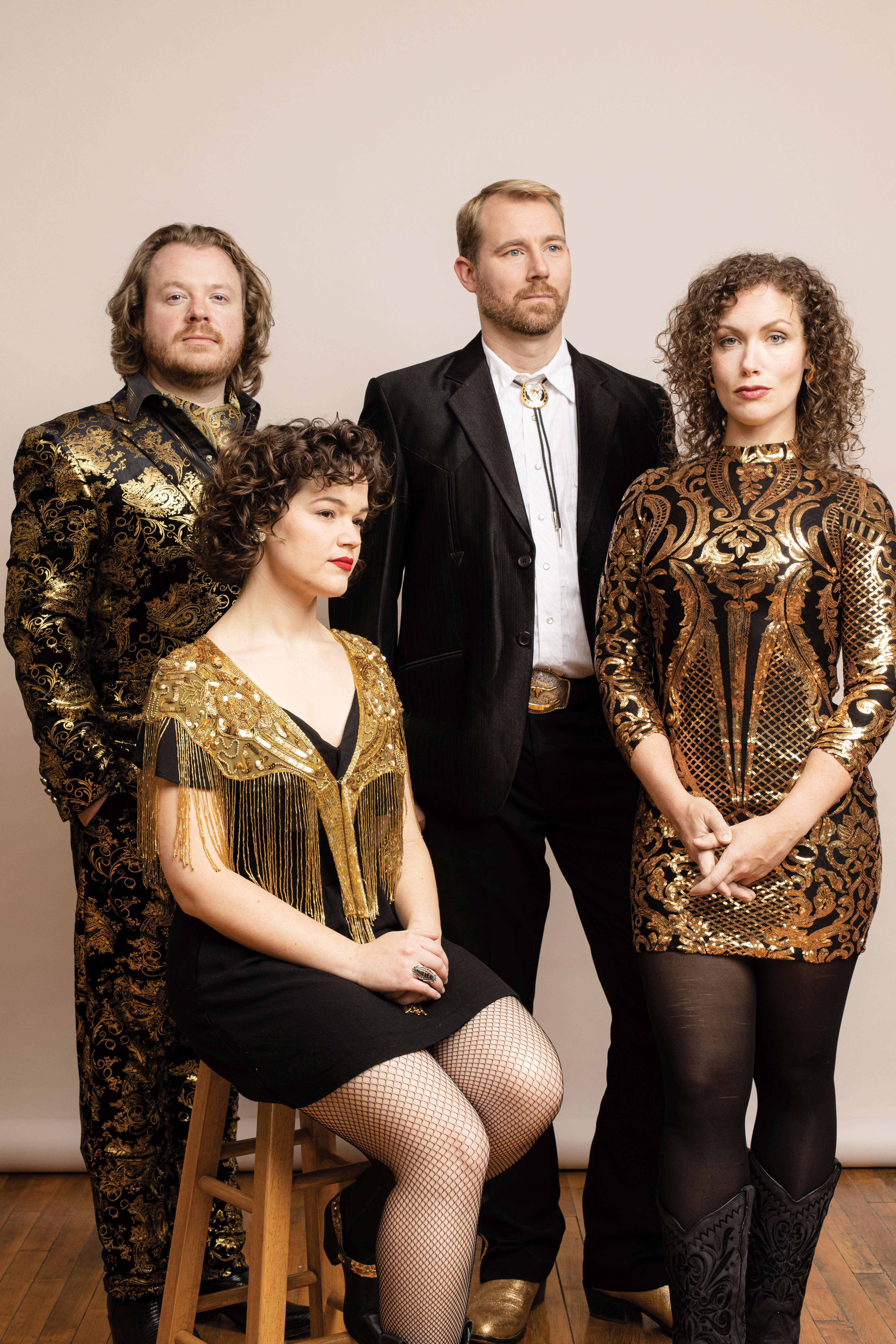 They enticed Brian Werner to join on upright bass and Salley to lend not just her operatic soprano voice to the mix, but also handle percussion duties.

“It took her a minute to sing in the style,” says Sproul Pulatie. “And at the same time we are asking her to do that—to ruin her beautiful pear-shaped tone—Greg sticks some drums in front of her and says, ‘Have at it.’ She took it in stride.”

The music of Cowtown Country Club is a mix of classic western swing, originals, and unexpected covers from the likes of Wilco, Whitney Houston, and TLC—performed by a quartet that’s fond of four-part harmonies and outfitted in a rhinestone cowboy look, all sequins and chain stitching and embellishments. (Think Porter Wagoner.) The group released its eponymous debut album earlier this year and has been touring a bit (Colorado this summer) and playing more often around KC. Last month, Cowtown Country Club played an all-acoustic set in Warrensburg at the Concerts in the Courthouse series. At the un-electrified venue, candles and mirrors lit up the stage, adding sparkle to those rhinestone suits, and their vocal harmonies thrilled the audience.

It seems that having the Cowtown outlet has been good for Sproul Pulatie’s other musical interests as well; after a bit of a hiatus, she’s back to capital-C composing.

“It took me a while to come back to writing art music again,” she says. “Writing songs for Cowtown helped, as did programming and listening to works for newEar. I think I needed that space between school and now to figure out what my musical life and identity was going to look and feel like.”

A bit of twang, it seems, goes a long way.