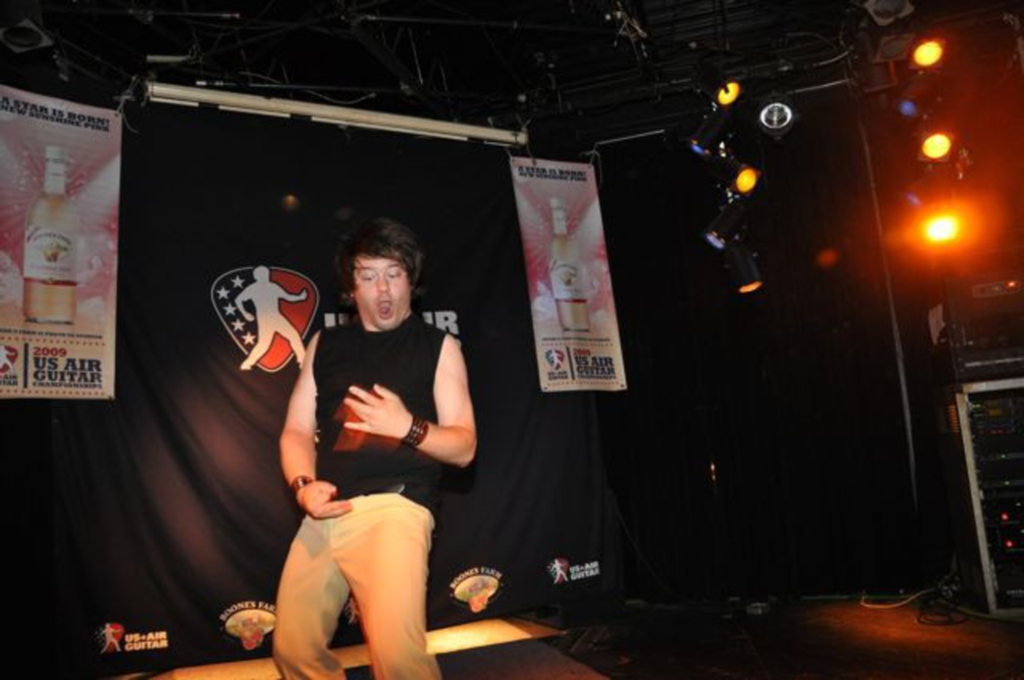 Mean Melin rocked so hard that he split his pants. It wasn’t the usual pants split from behind but in the crotch … in front of a crowded Record Bar … while playing air guitar.

Luckily for him — and us — he was wearing tighty whities. Even luckier, Mean Melin has no shame.

his foot the night before practicing on his deck. He came

down wrong on his foot and couldn’t walk on it. But adrenaline, tape

and a few beers numbed the pain.

And after last night, Mean Melin has a ticket to air rock at the U.S. Air Guitar Finals in Washington, D.C.