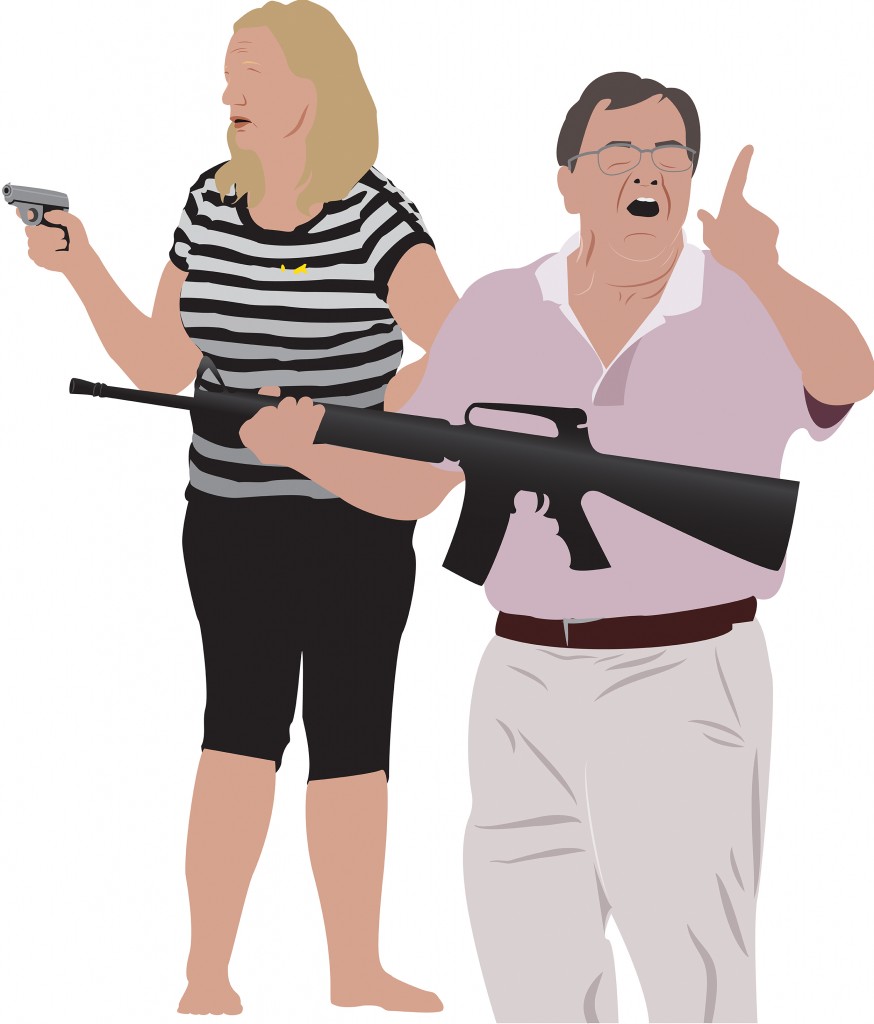 The McCloskeys. // Illustration by Bianca Manninger

Governor Mike Parson has pardoned Mark and Patricia McCloskey, the St. Louis couple who brandished and threatened Black Lives Matters protests with guns in June 2020. The incident drew national attention, condemnation, and oddly enough (or not) support from Governor Parson, who promised to pardon the couple after their arrest. A promise he made good on Friday.

The McCloskeys were among 12 other pardons issued by Parson last week. His office made the list available to the public Tuesday.

The images of the McCloskeys drew national attention and boosted the McCloskey’s profile in Republican circles, which led to the couple being speakers at the 2020 Republican National Convention. Later Mark McCloskey announced he would run for a US Senate seat in 2022.

A Senate seat will be vacant after incumbent Missouri Republican Roy Blunt announced in March he would not seek a third term. Mark McCloskey will seek the Republican nomination, running against two contenders Missourians are well aware of: Former Gov. Eric Greitens, who disgracefully resigned from office amid a sex scandal in 2018; and Missouri Attorney General Eric Schmitt, whose fact-checking has plagued him recently.

Governor Parson’s choice and timing of the pardoning of the McCloskeys raises eyebrows. He has yet to take any action to pardon Kevin Strickland as he is, “not convinced” of his innocence. Strickland is a Kansas City man currently incarcerated for a 1978 triple homicide that Jackson County Prosecutor, Jean Peters Baker, says he did not commit.

“The governor’s stunt ominously underscores that under his watch, justice belongs only to the privileged elite in this state,” Rep. Bosley says. “It undermines Missouri’s adherence to the rule of law and continues a disturbing willingness to abuse the power of his office to help political allies.”

Rev. Daryl Gray of St. Louis also weighed in saying, “It is unconscionable that the governor has not exhibited the same compassion to pardon someone like Joshua Williams, who has served several years for a non-violent crime. Pardons should be granted to those based upon compassionate grounds, not partisan politics.”

The decision by Parson has also drawn national attention across the country. Chris Cameron of The New York Times responded to the decision saying, “Mr. Parson has brought his state to the front lines of a culture war over Second Amendment gun rights.”

This decision by Governor Parson reopens an already sensitive wound within the state and underscores his political agenda and self-interest over the fair and equitable balance of power a governor should represent.

It shows that in the state of Missouri there is right and wrong—and then there are the McCloskeys.