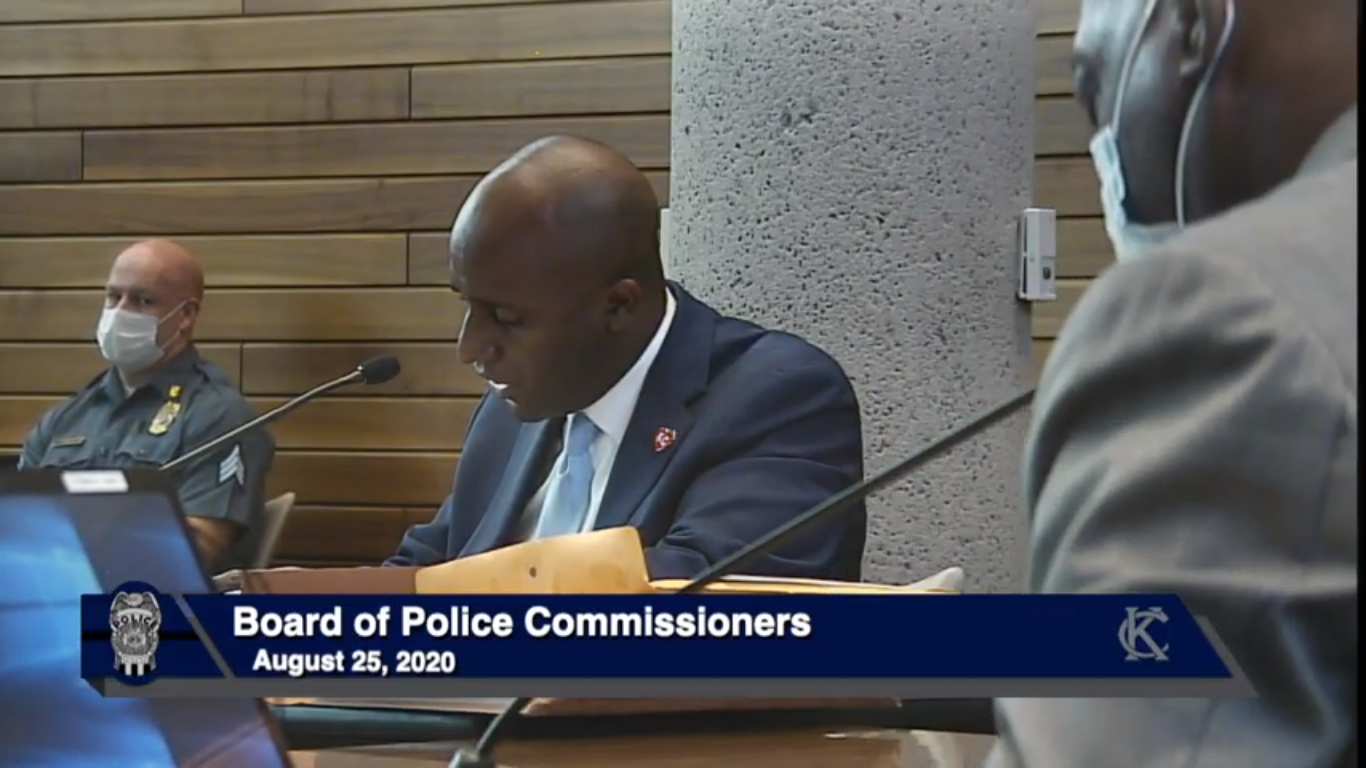 Taken from the Board of Police Commissioners meeting. // Official stream on Aug. 25

The measures are as follows:

“These measures will help increase accountability and build community trust—which will lead to a safer city for all,” Lucas said ahead of the meeting. “These measures would codify an officer’s duty to intervene when the officer sees excessive force being applied by another officer and would enhance whistleblower protections for members of the Kansas City Police Department when filing a complaint regarding a person or circumstance within the organization.”

He stated that having an internal Office of Community Complaints structure is problematic as an independence matter and has introduced a resolution that would see KCPD move to an independent OCC framework as soon as possible. As of now, the OCC director sends final determination to the Board and/or the Chief of Police after a review.

Lucas mentioned in the meeting how the current policy prohibiting third-party complaints discourages the community from reporting misconduct. By allowing a third-party to step in and investigate, credible claims where a victim previously didn’t want to share their pain—such as with sexual harassment or sexual assault—will now see the light of day.

Here’s hoping that these policy positions gain traction and become implemented in a functional, effective way. Sooner rather than later.