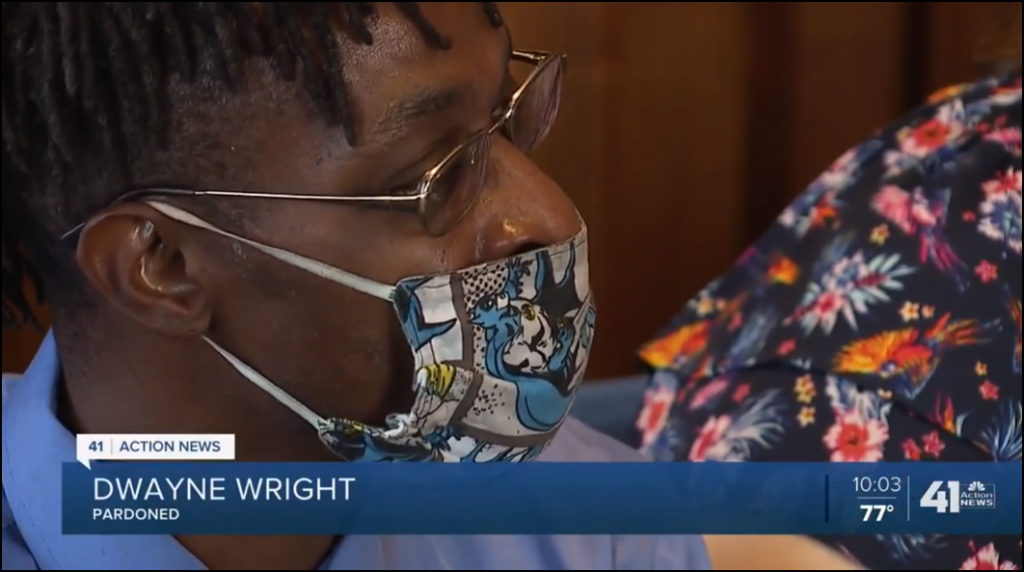 Under the new Mayoral Marijuana Pardon Program, Mayor Quinton Lucas has issued his first pardon to Dwayne Wright of Overland Park, Kan. Lucas announced the creation of this program for non-violent, low-level municipal marijuana and paraphernalia offenses during his State of the City Address earlier this year.

“Mr. Wright lives in Overland Park, but received a municipal marijuana conviction in Kansas City. Now—no matter what job or housing he applies for, in or outside of Kansas City—he knows this conviction has been pardoned,” Lucas said “This serves as an important reminder that inequities do not stop at city, county, or state lines, and we all have a role to play in creating a more equitable region. I hope mayors in our metro and country will build on this program in their communities.”

Lucas added that a lot of people like Wright get caught up in the system and spend the rest of their lives trying to climb out of it. The program is an important step in working to build a more equitable community. This ensures that the past doesn’t follow people into the future.

Public opinion and laws surrounding marijuana have changed at a rapid rate in the past few years. Kansas City voters decided by a 75/25 percent margin to decriminalize possession of 35 grams or less of marijuana, imposing instead a $25 fine in 2017.

Missourians voted to amend the State Constitution to permit the use of medical marijuana and its regulated growth in 2018. Still, Black Americans are nearly four times more likely than white Americans to be arrested for marijuana possession despite roughly equal usage rates, according to the American Civil Liberties Union.

Lucas sat down with Wright and announced the pardon in an exclusive interview.

The program is one of many steps Mayor Lucas has taken to decriminalize marijuana. Last month, the City Council passed his ordinance to remove possession or control of marijuana as a violation of the City Code of Ordinances.

Anyone with a municipal marijuana or paraphernalia conviction in Kansas City interested in this program can apply for a pardon at kcmo.gov/mayoralpardon.