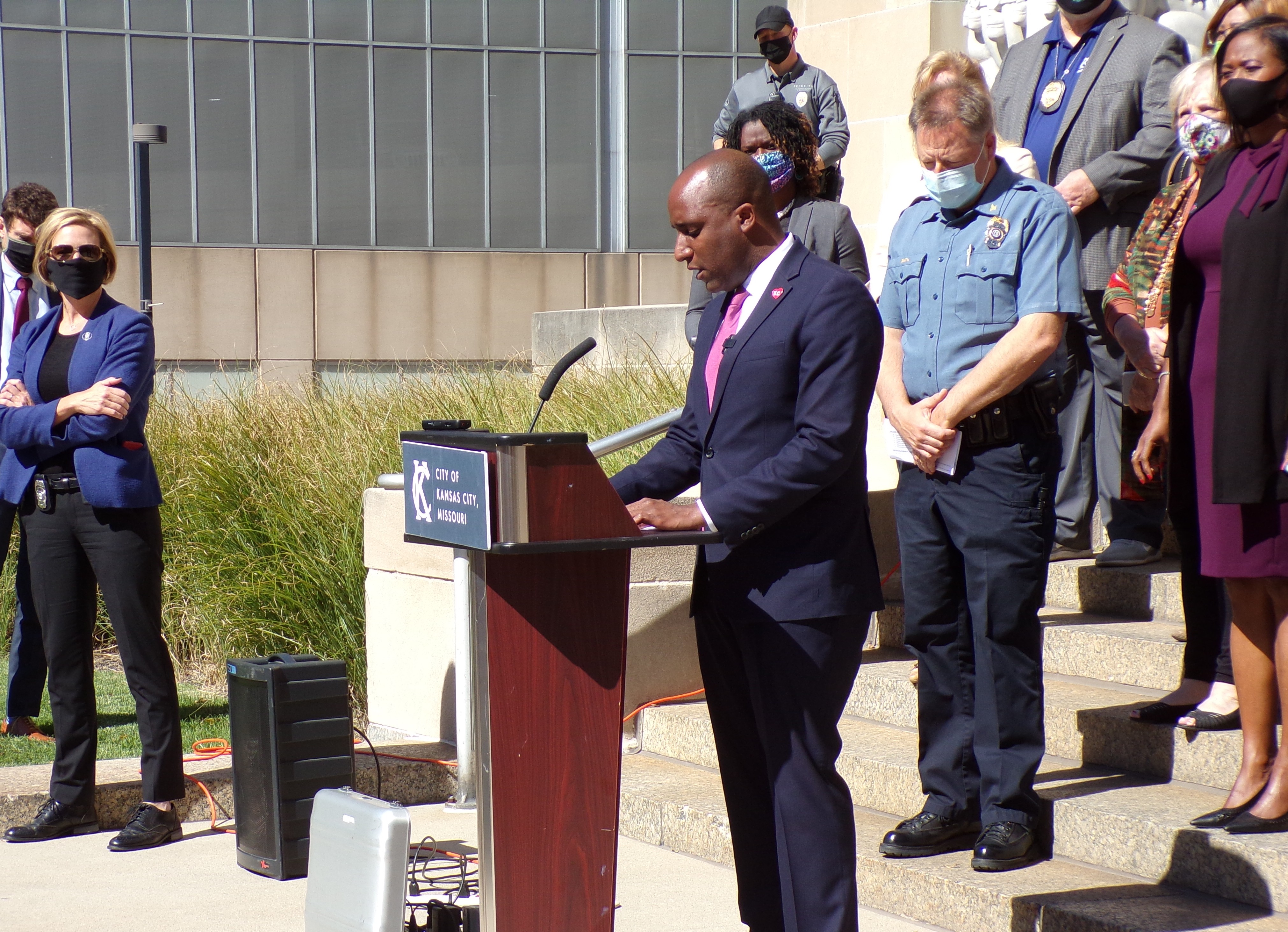 On Wednesday afternoon, Mayor Quinton Lucas announced a new plan to end the staggering rates of violent crime in the Kansas City area. Less than a tiered plan with deadlines, this stands as more of an overview framework, meant to serve as the foundation for a system moving forward.

The project, named Reform Project KC, has a primary goal of stopping the growing number of killings and shootings permanently. The plan focuses on four pillars: prevention. intervention, enforcement, and administrative reform. Under this plan, Lucas would develop new strategies with neighborhood and community groups by spending more time within them and understanding what they would want to see change and gather their ideas.

Lucas plans on creating a plan to rehabilitate current inmates. The Jackson County Prosecutor’s Office will lead this project by offering new methods in rehabilitating the inmates. In exchange for good behavior and promising to become lawful citizens, they will provide support to inmates after they are done with their time.

Chief Smith, who has continued to be under fire after his lack of action in reforming the KCPD, made a statement on the new crime-prevention plan believing this is needed to better the community.

“I think we all know the toll violence takes on our community, our families, the people involved, our victims, and even our suspects when there are these violent tendencies,” stated Smith. “This very much needs to change. I’m hoping with these pillars, and with the Mayor’s support, we can make a difference in this city.”

The town hall was not without its controversy.

Prominent KC activists and groups did not attend today’s meeting explaining that they felt this plan was made without the community’s input. In an interview done by The Kansas City Star with Henry Service, an activist that helped set up protests on the plaza this summer, Service said:

“This is silly. They want to look like they’re doing something… give it some great sounding names to make it sound like we’re trying to attack a problem.”