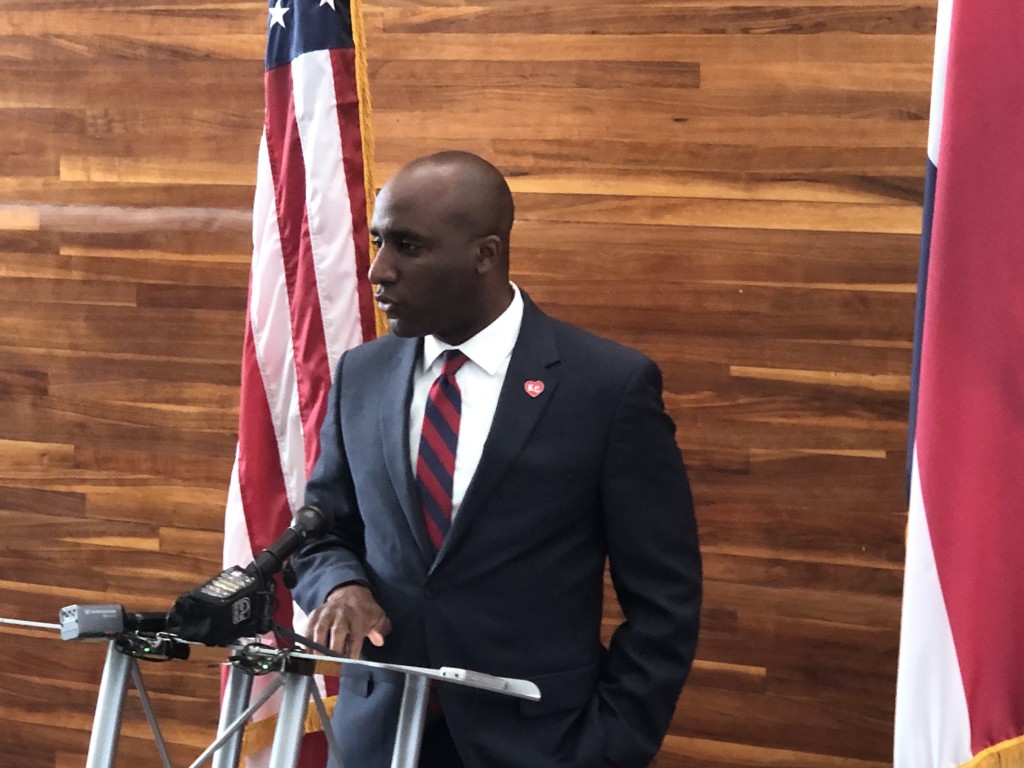 Mayor Lucas at a press conference. // Photo by Brock Wilbur

In a press release sent out on Thursday, Mayor Quinton Lucas announced a ton of new measures for the Kansas City Police Department, which were all approved by the Board of Police Commissioners during an emergency Board meeting.

The release includes five measures which will require KCPD to:

This comes after police were broadcasted brutalizing protesters on social media during the first weekend of nationwide protests for George Floyd, Breonna Taylor, and other victims of police brutality. It’s a step in the right direction in curbing police brutality in Kansas City and only time will tell if police will begin being held accountable for stepping over the line.

“I have spent significant time listening to Kansas Citians this week, who all share this message: we’re tired of waiting for change,” Lucas said in the press release. “I hear these concerns. We must do better. The measures we’ve announced today are but one step in creating a more equitable community for all our residents. We’ve got a lot of work to do, and we’ll continue working on ways to heal our community today and into the future. Expect further action from my office as we continue to address longstanding concerns within our community and throughout our nation.”

Lucas also pardoned Roderick Reed, who was being prosecuted for failure to obey a lawful order to move his vehicle from the street while recording a video of police officers using excessive force to detain a suspect. Reed’s video was used as evidence in a case that led to the indictment of the officers.