Maybe if Missouri and Kansas legislators were high, their actions would make more sense 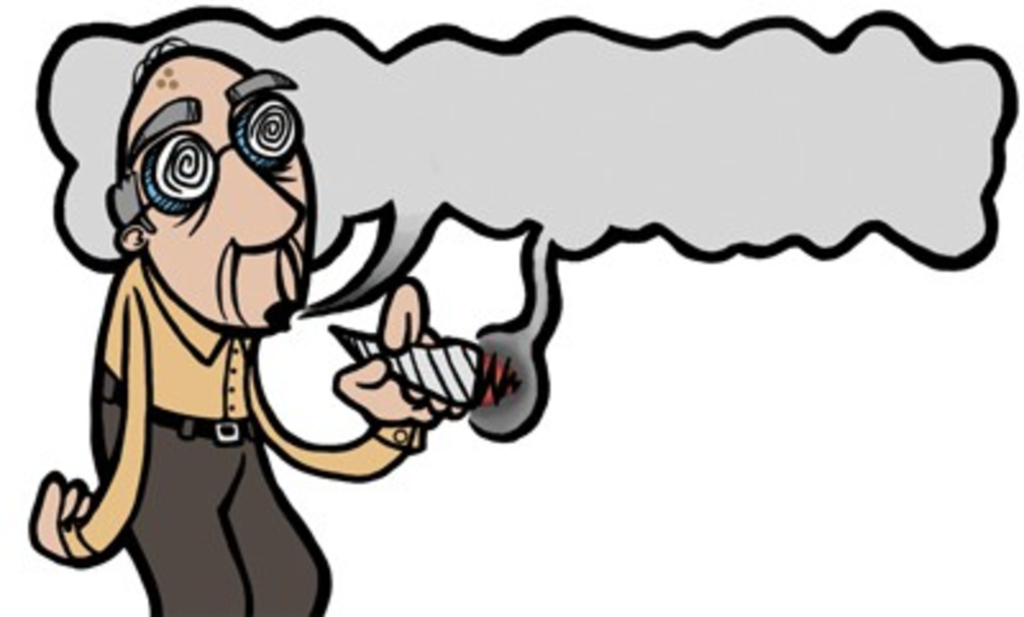 Dying Seniors to Be Denied Weed

If the econocalypse has done anything, it has given us new respect for the men and women who grew up in the 1920s and ’30s. Be a cynic about that Greatest Generation title all you want — it’s a damn fine way to sell books — but the people in that generation survived crap economies and fought off Nazism. Now that the few remaining old warriors are spending their twilight years battling their own failing organs, can’t we finally give them a break?

Apparently not. Because politicians are gutless.

Once again, a bill has been introduced in the Missouri House of Representatives that would legalize the use of medical marijuana. And, once again, it’s probably going nowhere because the politicians are all afraid that, come re-election time, anyone who votes “yes” will be attacked as pro-junkie.

The bill is HB 277. Its co-sponsor, Democrat Jason Holsman, who represents southwest Kansas City, spoke candidly with Pitch writer Peter Rugg last week about why people who are suffering with terminal cancer will just keep right on suffering. We really hope this story doesn’t get quoted in Republican campaign literature next time around. Jason Holsman wants your grandmother to chief the chronic. … Can we really trust Jason Holsman?

“I’m supporting it because more than 70 percent of all AARP members polled want to see medical marijuana become legal in the United States,” Holsman said. “That’s my constituency, and I’m honoring their wishes.”

The survey takers, all of whom were over 45, overwhelmingly agreed that patients should have access to marijuana if a physician prescribes it.

“The majority party isn’t interested in moving it along,” Holsman said of his bill. “It seems like there isn’t a willingness to listen to senior citizens.” The Legislature’s refusal to even think about medical marijuana is “a real farce,” he said. “There’s Valium, Vicodin, all sorts of psychotropic drugs available through prescription. If marijuana helps a patient’s appetite, their glaucoma, why not? And with terminally ill patients who are going to die anyway, what does the threat of prison do?”

Holsman says the bill’s best chance is through a citizen referendum.

Come on, guys. Think of everything your grandparents have done for you. They’re nice people. Do them this one favor, OK? We promise that when you get to be their age, you’ll be glad you fought now.

Last week, folks who showed up for a speech at the University of Kansas got their first good look at their soon-to-be-governor, Lt. Gov. Mark Parkinson.

With Gov. Kathleen Sebelius heading to Washington after holding the line against new coal-fired power plants in western Kansas, environmentalists have been hoping that Parkinson would step into his predecessor’s eco-friendly shoes. So they were eager to hear what he had to say in a speech titled “National Policy and Climate Change” at KU last week. The room was packed, reported Pitch writer Carolyn Szczepanski.

Parkinson started out strong. Unlike some other Kansas politicians who don’t believe coal-fired power plants cause any worrisome pollution, Parkinson gets the issue. Reputable scientists, he said, have determined that the world must reduce carbon levels in the atmosphere to maintain life as we know it.

But then Parkinson suggested that elected officials can’t be held responsible for what happens to the planet.

The trouble is that billions of people in the developing world still live without electricity, he explained. By 2050, the global demand for electricity will double. Renewable power is making strides in Kansas, but sources like solar and wind aren’t as cheap and reliable as fossil fuels. “It is supremely naïve to believe the developing world will pick the 40-percent solution when a 100-percent solution is out there,” he said.

The only solution: science. Science has the potential to make clean coal a reality, to figure out a way to safely dispose of nuclear waste, and to discover how to store electricity from wind and solar power. “Another possibility is that someone comes up with a breakthrough we haven’t even considered, some form of non-emitting energy or a way to manipulate the greenhouse gases in the atmosphere,” Parkinson added. “Which is kind of a scary thought, but something we might get to.”

When Parkinson opened the floor for questions, there was plenty of skepticism. What about conservation, several people in the audience wondered. What about using political policy, like gas or carbon taxes, to help us break our dirty habits?

Parkinson reiterated that we’re paying way too much attention to political options.

“But we’re not going to invent our way out of the problem,” one person pressed.

“The only way to get out of this problem is to invent our way out of it,” Parkinson countered.

At one point, Parkinson asked who, among the students in the room, was pursuing a science-related degree. About half the audience members raised their hands.

No pressure, Jayhawks. But you’re our only hope.