Max Justus brings the electro heat and the 808 beats 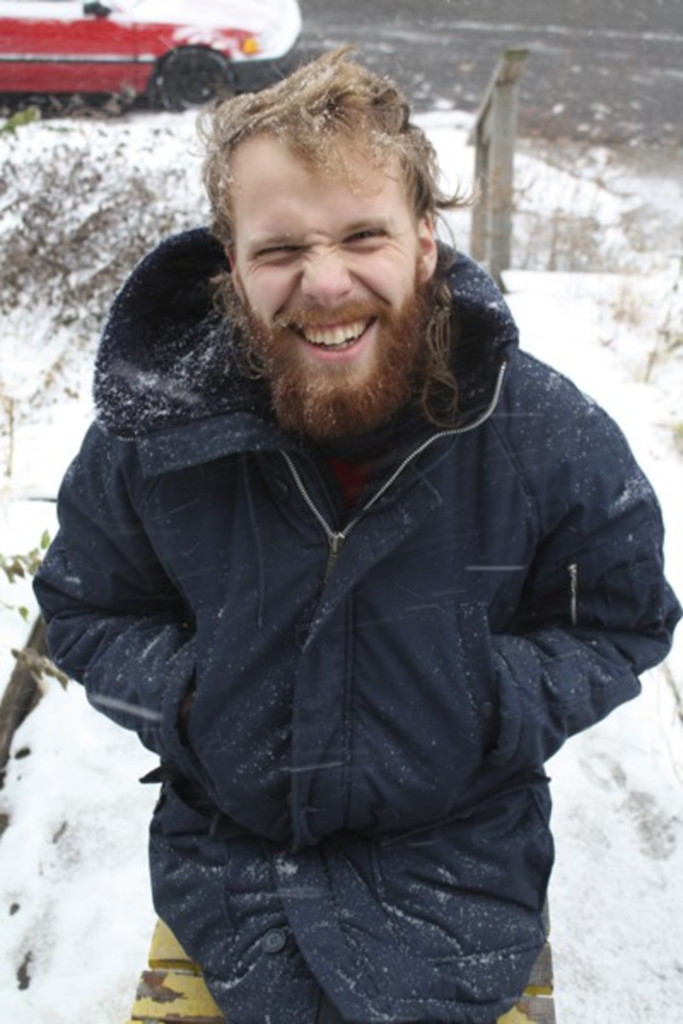 At age 10, Max Spransy gave MC Hammer an awesome gift. It was at the Cornerstone Festival in Bushnell, Illinois, where Spransy had scored a backstage pass.

“I wrote ‘Jesus Loves You’ on a rock and put hearts all over it,” recalls Spransy, a Kansas City musician who records under the moniker Max Justus. “He was like, ‘Hey, cool — thanks.'”

Two years later, young Max became enamored with Aphex Twin and German Hardtechno. He and a friend began trading their own electronic tracks.

“We made fun of house music and trance,” Spransy says. “We were super-elitist about it — we thought Hardtechno was the only true dance music.”

In his teenage years, Spransy’s horizons continued to expand with the discoveries of such glitchy bands as Autechre, Boards of Canada, Múm and Machine Drum.

“Now my friends sing along to all these songs from the early 2000s, and I never know any of the lyrics,” he laments. “I was off in my own little world listening to IDM and stuff from tiny electronica labels.”

It has been a long musical journey from meeting MC Hammer at 10 to currently trying at 20 to remix the entire new Kanye West record in a week’s time. That brainstorm was suggested by Nathan Reusch, who just released Max’s Five Leaping Leopards album on his label, The Record Machine.

“For a while, I was against remixing songs, but Nathan kept telling me I should do it,” Spransy says. “I like to make remixes that sound like something I would make. I see it as a challenge and not a compromise.”

Max’s remix of Kanye’s “Street Lights” recently peaked at No. 6 on music-blog aggregator the Hype Machine (Hypem.com), where savvy MP3 junkies can also find his bloopy take on C+C Music Factory’s “Everybody Dance Now.” Such endeavors essentially function as bait to lure listeners into Max’s true bliss: his own, original electro, hip-hop and dubstep recordings.

“What I try to do with electronic music is push it into a pop format and mix in classical ideas,” Spransy says. “I try to throw curveballs in terms of how I arrange songs. A lot of electro guys will come up with a really badass riff, but it never changes, and that kind of irks me.”

Another asset Max possesses is his brainy knowledge of synthesizers. His father, Matt Spransy, played keys in an ’80s new-wave band called Servant, which is pretty legendary in the realms of counterculture Christian rock and pyrotechnics (member Doug Pinnick later formed King’s X). When he wasn’t touring and recording albums, such as Caught in the Act of Loving Him, the elder Spransy home-schooled his son and taught him how to program analog synthesizers.

“My siblings would wear Hard Rock Café T-shirts and get ostracized by other parents at home-school conventions,” Spransy says of his upbringing in Oconomowoc, Wisconsin. “I’ll still wear my Budweiser sweater to church events just because I think it’s funny. Some people are like, ‘You’re Christian and you make booty music.’ I don’t care. I like to dance.”

Max’s recent performances at the Czar Bar and the Record Bar prove that he’s plenty capable of makin’ booties move. But that wasn’t always his primary concern.

“I didn’t even know that people would want to dance to my music until I came here,” says Spransy, who moved to Kansas City a couple of years ago, after attending a year of Bible school in Madison, Wisconsin.

“My style has really changed as a result of having people dance to my music,” he continues. “I used to hate playing shows. It was my lowest priority. And I think for a lot of electronic musicians, it’s sort of an afterthought. More and more, it’s something I look forward to. Sometimes I’ll play a whole track just so I can dance around with people.”

Max’s sets typically begin with slower, more ethereal selections and build into a futuristic dance party. He primarily sticks to his own material, rearranging songs on the fly and slicing up beats on his laptop.

“I have all the functions mapped out on the keyboard so I just hit x, and it does delay or whatever,” he explains. “I try to keep a balance between being involved with the computer and just dancing.”

Spransy entered 2008 with a goal of making four records, and he nearly succeeded. Five Leaping Leopards is finally getting a national push, thanks to The Record Machine, and two other records (Ophelia and Talk to Strangers) are now available as free downloads on his MySpace page. He’s also working on an instrumental postrock record and, oh yeah, he expects to drop an electro record called No Mercy sometime in 2009.

But first things first: The Kanye record needs to be remixed by the time this story hits the streets.

“I like that he did something different,” Spransy says. “I’m all about throwing a wrench in the machine, killing it and building something new.”

Hammer would be so proud.