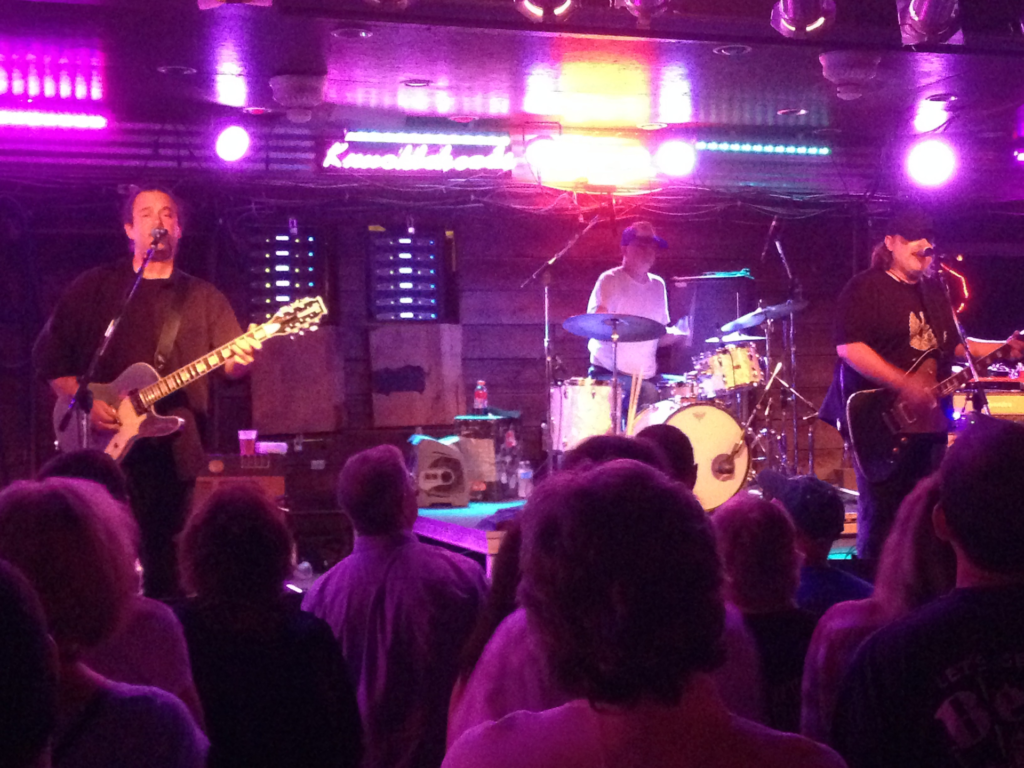 Just when it seemed like we might be in for a fairly ho-hum run through the hits, Matthew Sweet turned out a truly electrified version of “Evangeline.” And from there it was on.

That song is from Sweet’s eternally awesome 1991 album Girlfriend. It probably would’ve been cool with everybody there if Sweet had just played that record start to finish, as he did on 2011’s Girlfriend 20th Anniversary Tour. But he didn’t come through Kansas City on that jaunt. Indeed, in Sweet’s words: “It’s been some time between electricity and computers since the last time we were in Kansas City.”

Still with a boyish sound to his voice, even the two newer songs Sweet played sounded half familiar. Otherwise, the set list drew entirely from 1993’s Altered Beast and 1995’s 100% Fun. With a mid-size crowd standing in front of Knucklehead’s stage, it felt like seeing some friends play in the backyard.

Sweet’s band was on point, with lead guitar handled by Dennis Taylor. While bass player Paul Chastain and drummer Ric Menck were involved with the making of Girlfriend, Taylor wasn’t, but it sounded like he’d been playing these songs forever. 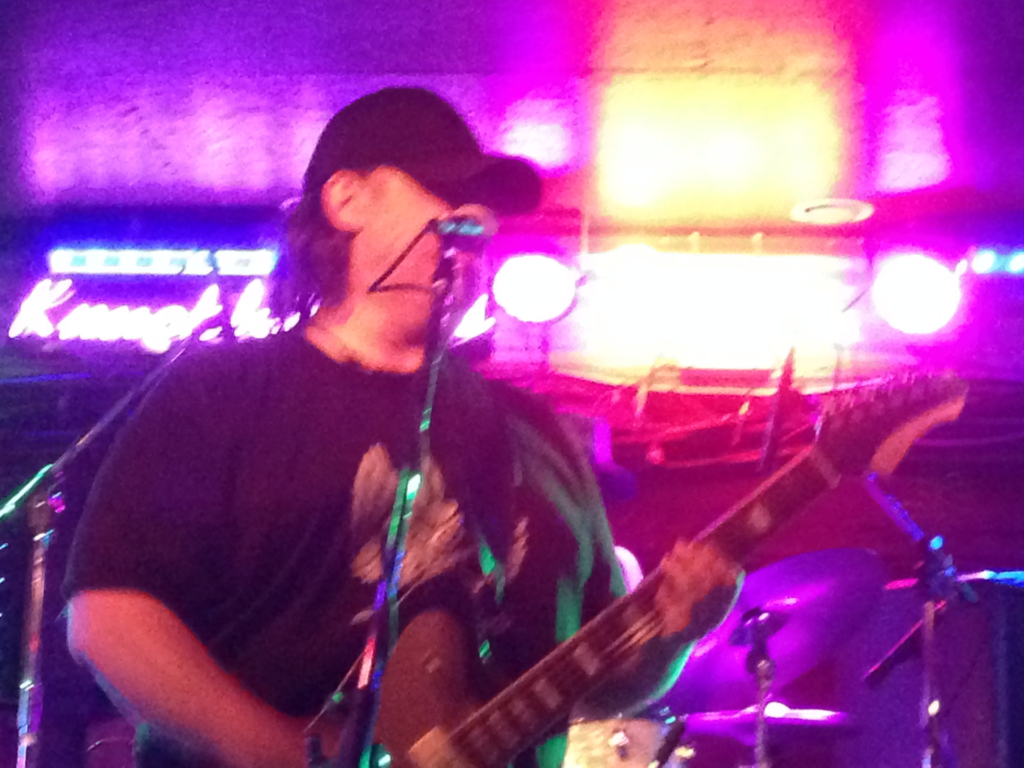 Later on, Sweet told a story of Kansas City’s late, revered label Titan Records, and how his bandmates in Lincoln, Nebraska, took him to see the label’s flagship act the Boys when he was 13.

“They played ‘(Baby) It’s You,’” Sweet said, about to strike a chord before he continued, “Wish we’d learned that for tonight.”

For “I’ll Be Waiting,” Sweet was joined on backing vocals by cult favorite power popper Tommy Keene. (Keene actually opened last night’s show — but the problem was that nobody knew. He started before the advertised set time and wasn’t even listed, so those arriving around 8:30 only caught a song or two. Many were grumpy. Probably even more so after sitting through Well Hung Heart, which we will unfortunately get to in a minute.) 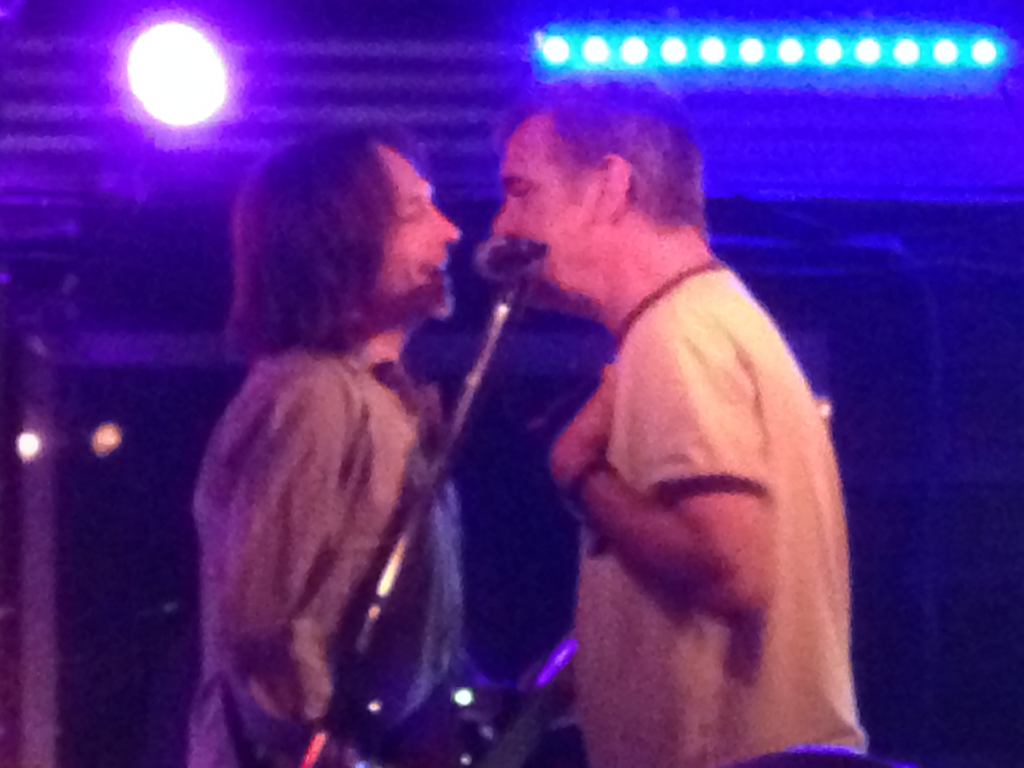 Closing the set by tearing through “Girlfriend,” Sweet and company made a 23-year-old song sound like they were making it up on the fly. It was over too fast.

For the encore, Sweet brought out “Sick of Myself.” That song’s arena-sized chorus is way too big for Knuckleheads, if not Kansas City altogether — especially with trains sounding in the background. Then with his guitar still giving off feedback, Sweet left the stage, shrugging like he wasn’t sure what to do to make it stop.

But he came back for yet one more. “Day for Night,” with its refrain of what else can I tell you? makes for a well-placed closer. But the answer, of course, is the other seven songs on Girlfriend that he didn’t play. And maybe “Dark Secret” from the soundtrack to The Craft, just for fun. 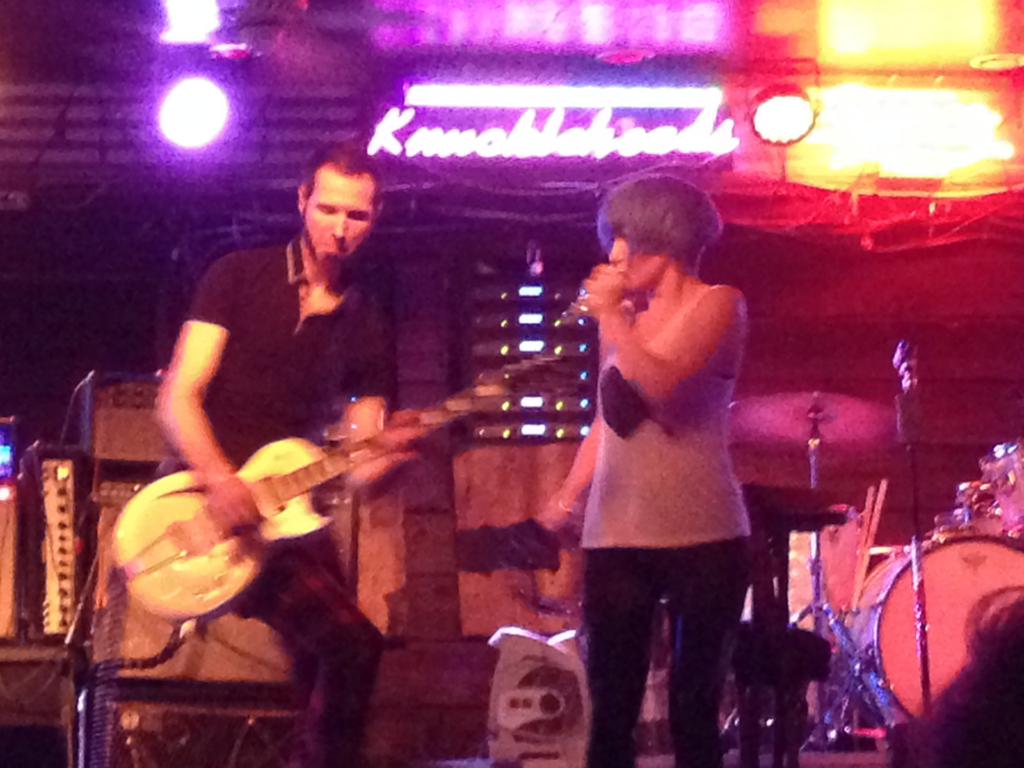 The less said about openers Well Hung Heart, the better. But we can’t not, because when a band turns out an ill-advised mashup of “Whole Lotta Love” and “Sabotage,” the world must be warned. That was how they ended their set, and for at least the three couples that came up front to dance, it was total baby-making music. Shudder.

For the most part, though, the crowd remained adamantly seated during Well Hung Heart’s performance. That’s got to make it tough to rock, but damned if blue-haired vocalist Greta Valenti wasn’t going to give it a shot. She wandered offstage into the crowd, making it as far as her mic cord would let her. She segued into “What’s Love Got to Do With It,” hoping the crowd would sing along. When that didn’t work, she went into Nine Inch Nails’ “Closer.” 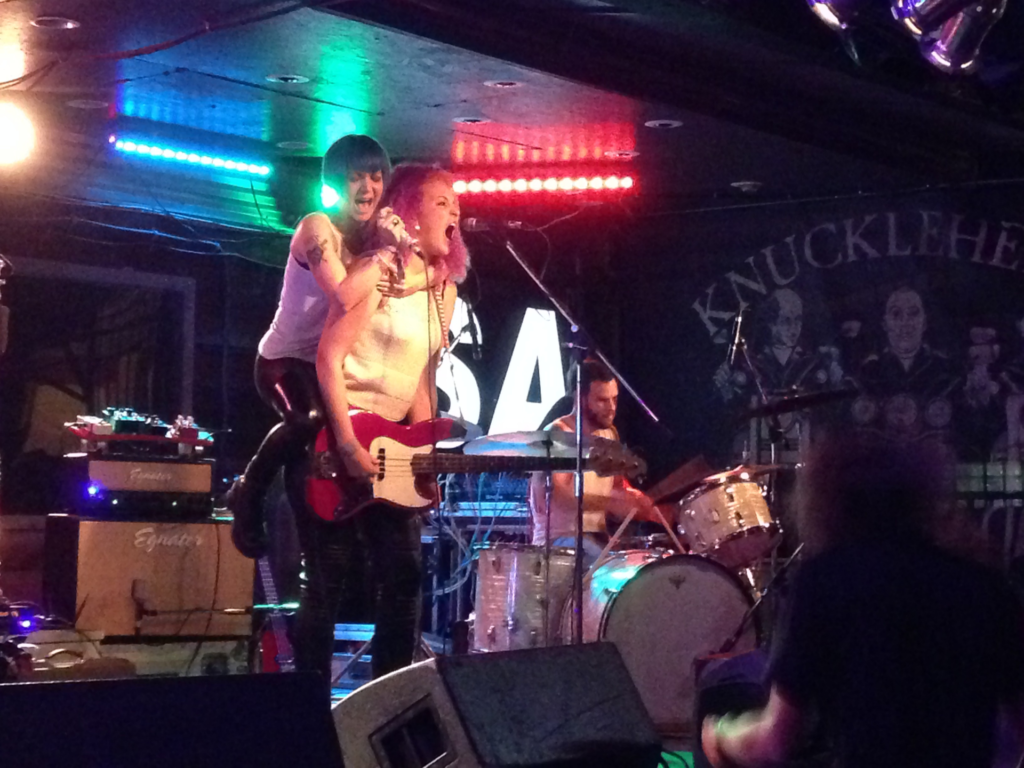 Local blues act Cassie Taylor joined Well Hung Heart for a couple of numbers, including a cover of “House of the Rising Sun,” which probably doesn’t need to ever be played again ever. However, it did give “simultaneous guitar and bass” player Robin Davey the chance to go impressively nuts on a solo, so there’s that. During the next song, Parker gave Valenti a piggyback ride. You can’t say Well Hung Heart weren’t trying. I just wish they would’ve tried something else.

Leftovers:
The sign on the door read “Matthew Sweets.” I would totally buy that brand of candy. They could leave it on the pillow at Matthew Suites hotels.

Matthew Sweet set list:
Time Capsule
Byrdgirl
I Wanted to Tell You
Winona
Evangeline
She Walks the Night
Someone to Pull the Trigger
We’re the Same
You Don’t Love Me
The Ugly Truth
Divine Intervention
I’ve Been Waiting
Girlfriend
—
Devil with the Green Eyes
Sick of Myself
—
Day for Night