Massholes leans in to the Lawrence townie experience 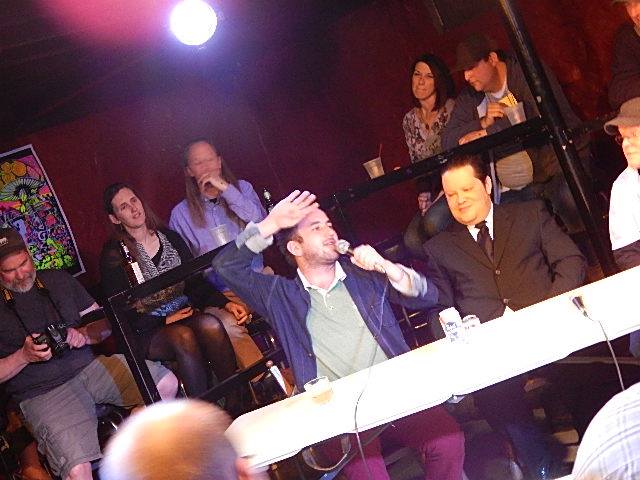 Over the last five years, Massholes, the occasional comedic quiz show from Lawrence’s Card Table Productions, has provided reliable laughs by lampooning some of the absurdities of Lawrence’s townie culture. The panel show pits two teams of local comedians against each other in a competition for “Mayor of Lawrence.”

It’s about, host Will Averill says, “what Lawrence is, and what it’s not, and what it should be—and kvetching about that.”

Averill goes on: “I think it’s good to have a broad scope of the ever-changing cultural landscape of Lawrence. Between the restaurant craze, which is ever-present in this town, and the music scene, which is always bouncing up and down and everywhere in this town, and those few city commission-watching nerds, there’s a whole lot of variables that constantly update, and this is just one way to stay on top of it.”

Viewed in the right context, Massholes really can offer a helpful crash course on the city’s goings-on. As Averill notes, once the Lawrence Journal-World’s paywall went up, it became a lot harder to access articles online. So he started drawing his material from a broader pool of sources: personal conversations with people in the know, driving around town looking for interesting sights, Facebook groups like LFK For Dummies or MAN !!!! LOOK AT THIS THING I SAW IN LAWRENCE, KANSAS !!! 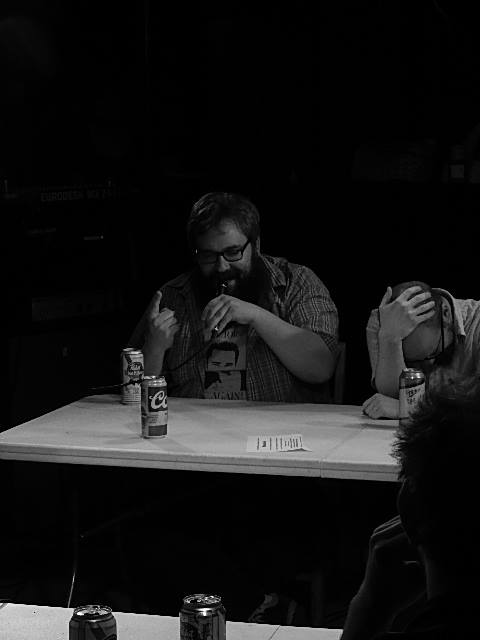 Friday’s Massholes show at Maceli’s is likely to delve into the recent controversy surrounding The Hub, a luxury housing development downtown that’s caused quite a stir this year. Averill calls it “the best thing to happen to Lawrence in a good, long while,” though not necessarily because he supports the development. Rather, he likes the conversations it has started in the community—and, presumably, the fact that it’s good material for Massholes. Road construction in Lawrence will also likely be a topic at the show. “The other day, I played a game with my wife called ‘Can you get from one side of the city to the other without seeing a traffic cone?’” he says. “And it’s nearly impossible.” Then there’s the new Casey’s on Sixth Street—a topic of tremendous interest recently, particularly on social media.

Averill’s take: “It’s weird. We want to be an individual community with a very unique outlook, and we really promote things like the arts, but we also don’t really support artists that much. But then we get excited about a Casey’s General Store.” (Don’t get him wrong: he likes the Casey’s pizza. He just wishes independent businesses downtown got the same level of attention.)

Averill, a Lawrencian born and bred, fits the townie definition to a T. But, I wonder, how do you become a True Townie? A real Masshole?

“I’ve started to ease up on my seven-year law, but I think it’s got to be a little longer than college,” he says. “Longer than four years. I think you have to have a favorite local band and restaurant, favorite coffee shop. Once you’ve got a place you’re not planning to leave, then you can start dipping your foot in the townie pool.”