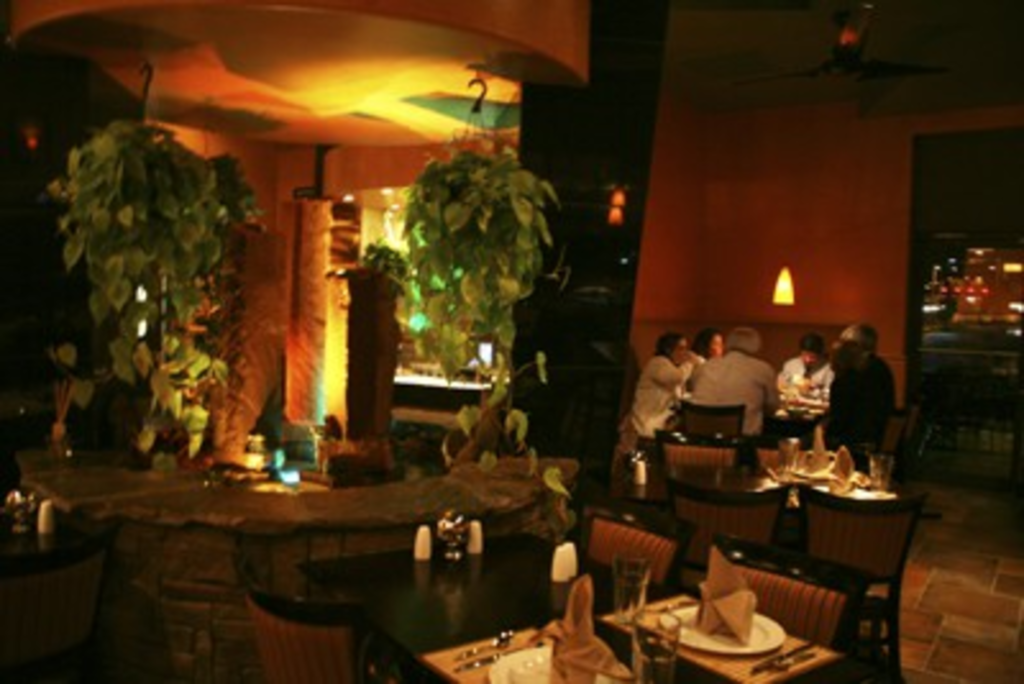 The story, if I heard it right, was that a gentleman walked into an Indian restaurant in Johnson County and offered to buy it. The restaurant’s owner didn’t believe the offer or was insulted by it or just wasn’t interested in selling — no one telling the story has agreed on that point. By all accounts, though, the owner didn’t sell his restaurant.

But the gentleman, a 31-year-old Indian-born software executive, wasn’t the least bit frustrated. He turned around and made an offer to restaurateur Max Chao, who had been struggling with his Ohana Hawaiian Grill on 91st Street. Chao sold his business to the software exec (who doesn’t want publicity about himself, Chao says), and the two hit it off so well that the buyer hired Chao as part of the package.

That’s why the charismatic Chao, a Chinese native of Korea, is now the mana­ger of the new Masalas Authentic Indian Diner. It’s located in the Ohana Hawaiian Grill’s old spot but looks nothing like it.

“We gutted it,” Chao says. “And they spent a half a million dollars on the interior.”

A half a million is a lot of vindaloo, baby, but the place looks terrific: handblown Italian-glass light fixtures; lush upholstery; beautiful tile floors; and the biggest, shiniest, most elaborate buffet setup in the city. “Top of the line,” Chao says proudly.

So why in the hell, I asked Chao, is it called a diner? The first time I saw the sign, I thought, A diner? Can I get a chocolate malt in there? No malts, it turns out, though the place does serve up a rich, thick mango lassi. “The owner likes the word diner,” Chao explained. I like it, too, but it’s a little too understated for the glamorous Masalas, which is probably the metro’s most elegant Indian restaurant.

It’s so elegant, in fact, that I was a bit surprised by the reasonable prices. But adding all the extra things that I like so much — the appetizers, breads and desserts — can make for kind of a hefty bill at the end.

“But you’re worth it!” said my ultra-positive friend Linda, unfolding a taupe cloth napkin in her lap. Along with Bob, I had brought Linda and her husband, Richard, to Masalas on my second visit to the restaurant. I wasn’t able to actually eat there the first time I ventured in, several weeks ago, when the place was packed on a Sunday afternoon. Chao’s wife, Kim, was working as a hostess and threw up her hands when I asked how long the wait would be. “An hour!” she said. “We just opened, and the Indian community has been very supportive!”

I decided to go back later. But my timing was off again last week when I arrived on the night of Diwali, the “Festival of Lights” celebrated by Hindus, Jains, Sikhs and Buddhists. Most of the tables were already reserved, but one sweet little booth in the back of the dining room hadn’t been claimed. We sat right down.

“What a great design!” Linda said. She had just ordered a lassi from Jason, our very proper Mexican waiter. From our vantage point, we could see the beautiful bubbling fountain, the dramatic lighting, the discreetly hidden bar. Like its namesake — a combination of two or three spices or a blend of 10 or more ingredients — Masalas boasts many different design concepts, and the menu features dishes I’ve not seen before, such as fried egg pakoras. “These would be great for breakfast,” Richard said as he bit into a hard-boiled egg coated in a soft, battered crust. “As a starter, I’m not so sure.”

These eggs-in-a-blanket were underwhelming, even when we dipped them in accompanying condiments: a sweet tamarind sauce, a fiery tomato chutney and a disappointingly bland cilantro chutney. It didn’t matter, because the chili chicken — bits of chicken breast sautéed in hot chiles and Indian spices — was one of the most delicious things I’d ever tasted. Chao said it’s one of Masalas’ signature dishes: “When it goes on the lunch buffet, it’s gone right away.” I understood why.

We shared a number of excellent dishes that night: butter chicken bubbling under a blanket of rich tomato-cream sauce, a kick-ass hot shrimp masala, and my favorite vegetarian dish — soft malai kofta dumplings simmering in a delicately seasoned curry cream. I was delighted with the tangy, sweet-hot chicken mango pattia in a fresh-tasting sauce of mango, tomato and onion. Wonderful!

“What really surprises me is that every dish tastes distinctive and different,” Linda said. She spooned a bit of cool coconut chutney on a wedge of tandoori-baked garlic naan. “Sometimes at Indian restaurants, everything looks and tastes alike.”

I agreed, though I opted not to share the pistachio kulfi for dessert. Pistachio ice cream, in my book, tastes the same in any culture, and I’m not into it. “We have mango, too,” the waiter said. I ate more bread instead.

A few nights later, I went back with Truman and Debbie. Truman was a little more animated than usual and gushed over the décor: “It’s very contempo Mumbai, darling.”

Debbie dipped shards of papery, light papadum wafers into tamarind sauce and shook her head when the waitress offered us some mushroom soup “complimentary of the house.” I also said no, but she brought three small cups anyway. “It tastes just like Campbell’s cream of mushroom,” Truman whispered, before proclaiming that to be a good thing.

Actually, it was boring. But you couldn’t say that about any of the other dishes, including the medu vada, savory fried lentil doughnuts that we all loved — especially slathered with tomato chutney. And we tore into the gigantic herb dosa, a lacy crêpe for dipping in the bowl of peppery sambal. “We make that from scratch,” Chao boasted. “Our chefs even roast all their own spices.”

Chao’s chefs also won me over with their tofu dishes. Debbie’s tofu vegetable curry was first-rate (even if the “vegetables” were sliced carrots), and the pillowy tofu cubes absorbed the punch of the tomato-curry sauce. I wasn’t so thrilled with my goat biryani — the divinely seasoned rice was laden with more bits of bone than goat meat. Chao told me that it’s a delicacy: I was supposed to suck the marrow out of the bones. But there are some things I simply won’t suck, especially in public!

Truman, though, sucked down most of the spicy chicken chetinad and was eager for something sweet. “Is there anything chocolate?” he asked the waitress. She looked scandalized. Masalas’ menu has the usual choices for dessert: carrot halwa pudding, little gulab jamun balls in sugary sauce, and rice pudding. Truman loves rice pudding but not Masalas’.

OK, not everything is perfect at Masalas. But the place comes close.

“If you would just run across the parking lot to Whole Foods and get some of those chocolate cakes,” Truman told Chao, “I’d eat here a lot.”