Martin City Brewing Co. is about to send its beer to a bar near you 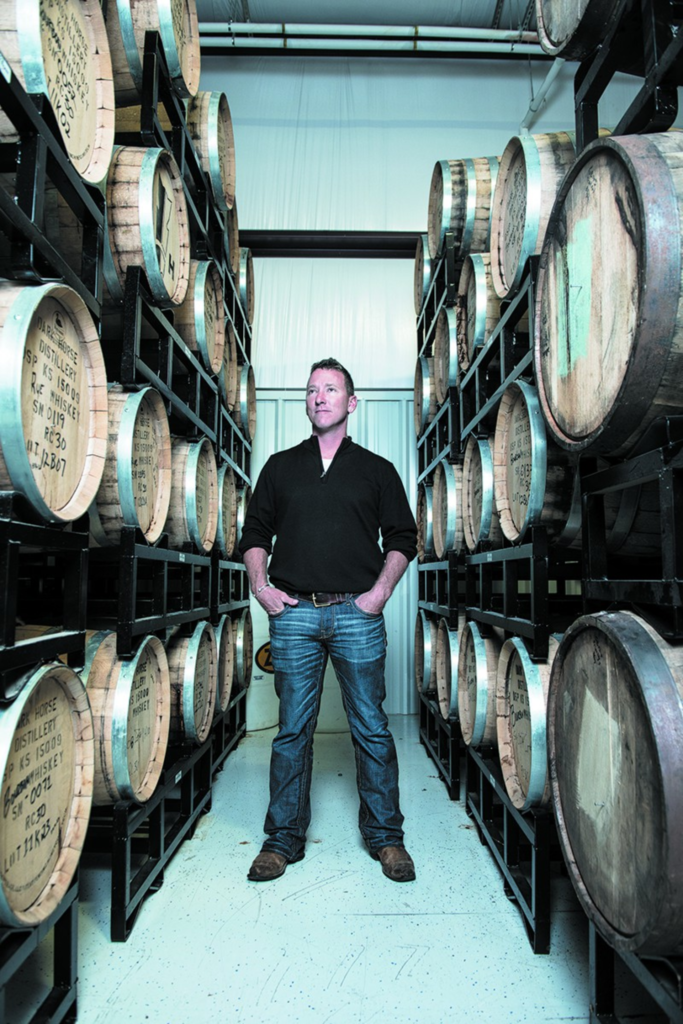 Soon, you won’t have to go to Martin City to drink Martin City Brewing Co. beer. The company is set to begin distributing on both sides of the state line, via Central State Beverage, by early November. Exact locations are still being worked out, but it’s a safe bet that wherever there’s a good selection of craft beers, you’ll find MCBC’s Abbey and blonde, and a rotation of seasonals.

“Those are going to be our flagships,” says co-owner Matt Moore of the Abbey and the blonde, “but we’re going to let the market decide. The other beers that will be going out at the same time will be our Saison No. 3, our Saison with peaches, our black IPA, our coffee stout, and the bitter.”

Martin City is the second of the metro’s new wave of brewers to begin distributing its beers in Kansas City. KC Bier Co., which opened in February, started sending kegs to neighboring Waldo bars in March, then expanded to the Johnson County side of the state line in August.

“This is the game plan,” MCBC’s Moore says. “We have a big enough system to adequately supply the market. This is what we’ve been planning for three or four or five years now.”

Moore says the distribution list is a work in progress.

“We have a list, and Central States has a list, and we’re trying to blend those together,” he says. “I know there is a list of people out there who really want our beer, and those people should be at the front of the list. In the coming month, I’ll have a much better answer to give you where we’ll be on. You’re not going to find it at Applebee’s. It’s not going to be on every place you go in town.”

The date circled on Moore’s calendar for MCBC’s initial rollout is Tuesday, November 4.

“It will be kegs only through the winter,” he says. “We’re hoping to get packaged in stores by springtime, but we’ll have to see how it goes.”

When Moore talks about packaging, he’s talking about 750 ml bomber bottles and cans.

“We’ll be working with a mobile cannery until we have a canning line,” he says.

Moore is pretty confident that his brewhouse is ready to meet the demand. If not, MCBC is ready to expand.

“Yeah, absolutely,” he says. “We’ve acquired another space down the road — about 10,000 square feet. There’s no plan to move the brewery over there, but there’s storage capacity if need be. But we’re in a trying-to-sell-beer mode as for the next three to six months. If we can’t keep up, or trying to make the market push us to expansion, we won’t put that cart in front of the horse.”

Moore admits that not all of his 15 beers have been hits so far. But he’s willing to let beer drinkers decide what they like.

“Some have been big winners. Some of ’em, not so much,” he says. “And some of ’em were big winners as far as our opinion, and the people who came in, it wasn’t their opinion. It’s going to be market-driven. If the market isn’t prepared for something, we’re not going to shove it down their throats.

“We’re going to be pushing the envelope the best we can,” Moore says. “We’ve got another 20 barrels arriving here in two weeks. We’re going to start doing some fermenting in the barrels, getting some of the wild stuff going. It just takes time. We have a few barrels of our sour-cherry Abbey, but it takes another six months before it’s ready. It’s kind of a wait-and-see.”