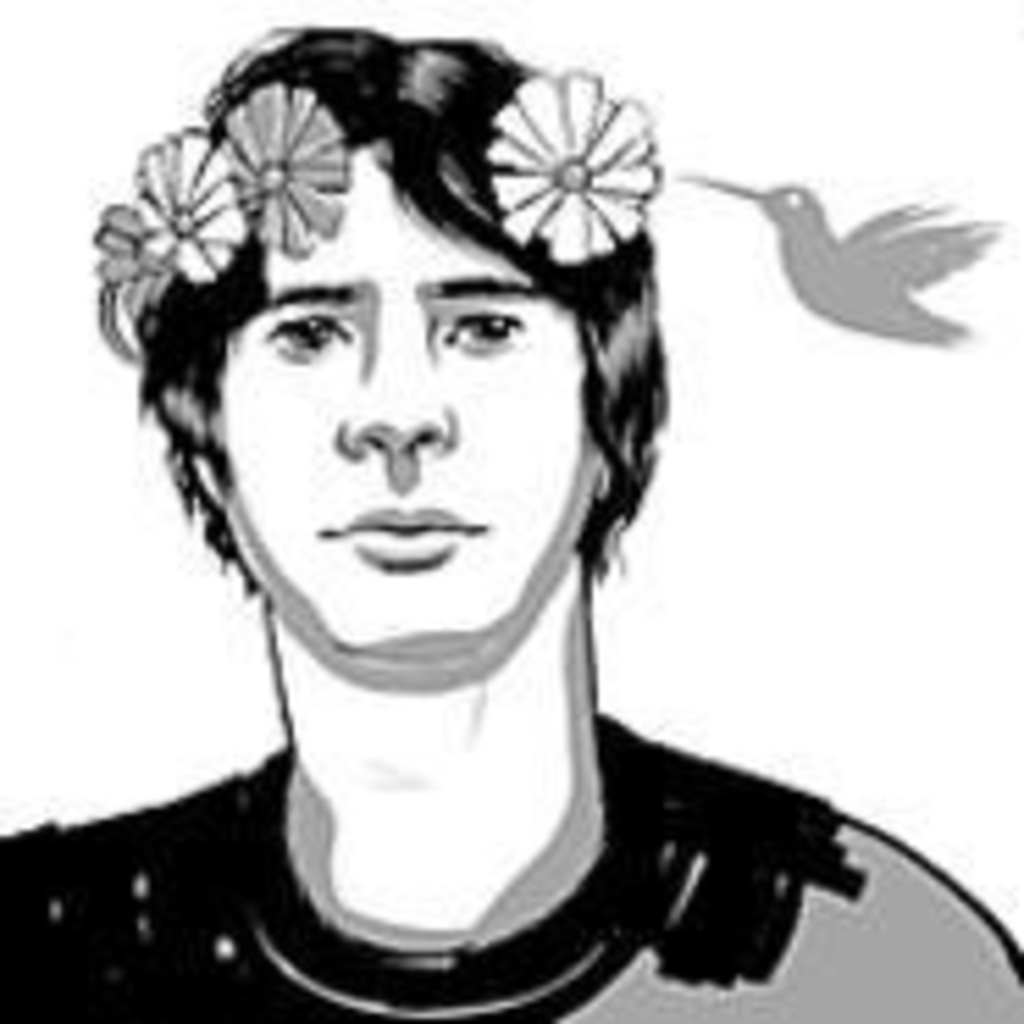 In 2004, the line between indie and mainstream rock disintegrated even faster than Britney Spears’ quickie Vegas marriage. Vinyl obsessives mingled with white-hat-wearing fratheads at Modest Mouse shows, Taking Back Sunday debuted at No. 3 on the Billboard album chart, and Death Cab for Cutie earned O.C.-sanctioned buzz and a major-label record deal. Angular invaders from the U.K., sensitive troubadours and boys wearing makeup further complicated the pop landscape for the testosterone-and-tattooed vanguard. Cringe if you must, but eclectic is just about the only word to describe it all.

1. Franz Ferdinand, Franz Ferdinand (Epic/Domino). By veering between homoerotic posturing and hedonistic sloganeering in the grand tradition of Bowie, Franz Ferdinand reintroduces sly gender ambiguity into rock. Few bands, after all, possess the ability to make stockbrokers shake their Dockers-clad booties alongside L-train-bound fashionistas. But these U.K. sartorial dreamboats and crown princes of the blogosphere do — and they also drop-kick post-punk swagger into the mainstream with a strutting debut openly indebted to iconic cult figures such as Wire and Gang of Four.

2. The Futureheads, The Futureheads (Sire/Startime International). It’s a modern phenomenon that British bands inspired by American trends tend to bury their limey heritage under layers of grungy guitar and accent-free screams. Not so for Sunderland, England’s Futureheads, who resemble the Jam and “This Is Pop?”-era XTC crammed into a sweaty high school gym, pumping their fists to Fugazi. This self-titled debut is a study in post-hardcore economy, cannibalizing songs to their bare bones with whip-cracking punk barbs and martial drumbeats.

3. R.E.M. , Around the Sun (Warner Bros.). The copies of 1994’s Monster gathering dust in the used bins at record shops the world over are a reminder that big, fuzzy rockers were never R.E.M.’s forte. Instead, the trio shines on understated albums like Around the Sun, which rediscovers the creative focus absent from its recent discs. This is an album that yields subtle pleasures when experienced through headphones; strap ’em on and you’re rewarded with cotton-candy orchestration, waterfalls of harmonies, and Michael Stipe’s views on love and politics, which, though much more direct than your average rock lyrics, are thankfully still open to interpretation.

5. The Faint, Wet From Birth (Saddle Creek). At a time when bands wielding synthesizers and programmed beats are about as rebellious as a lower-back tattoo on a sorority chick, the Faint still manages to seem subversive. Birth drags Bauhaus-bred manifestos into the seedy disco underbelly, and if it’s not as immediately seductive as 2001’s Danse Macabre, it more than makes up for it with a keener sense of new-wave history. Hints of Joy Division, Duran Duran, Depeche Mode and even Cameo appear. Word up.

6. Rogue Wave, Out of the Shadow (Sub Pop). One-man melody machine Zach Rogue originally self-released Shadow in 2003. After cobbling together a band, though, he inked a deal to reissue the disc on Sub Pop — which was no doubt thrilled to have a suitable place holder for the Shins on its release schedule. But whereas the latter band is all pop quirkiness, Rogue Wave sounds as misty and otherworldly as an English countryside. Keyboards swirl and fizz, and Rogue’s psychedelic vocals drench the songs with ghostly foreboding. The result? Shadow is a better Elliott Smith record than the late songwriter’s farewell effort released this year.

7. Avril Lavigne, Under My Skin (Arista). She may have ditched her Dickies for Doc Martens and a tutu, but Lavigne is no skate-punk prima donna. And Under My Skin is a rarity among teen-starlet sophomore albums: a progression of her core sound on which Lavigne never seems to be trying too hard to prove how much she’s matured. Which is why the feisty Canuck can get away with the minor-chord jag “Forgotten” even as she continues to bash out self-esteem-swelling Top 40 for ass-kicking Cinderellas.

8. Taking Back Sunday, Where You Want to Be (Victory). Their concerts still resemble an adolescent game of 7 minutes in heaven — all emotion and intensity, no technique — but in the studio, the members of Taking Back Sunday have learned the fine art of emo seduction. This is sugarcoated rock soaked in metallic power pop, Hüsker Dü-style, then alchemized into screamo by the twin vocal laser beams of Adam Lazzara and Fred Mascherino. What really stands out, though, are the lyrics, which forgo typical Hot Topic mall-rat whines for nuggets of wisdom usually found scribbled only in girls’ bathroom stalls. My best side was your worst invention, anybody?

9. Snow Patrol, Final Straw (A&M). In the wrong hands, lyrics about relationships tend to take on a black-or-white dichotomy — love or heartbreak — that reduces them to WB melodrama. Final Straw, on the other hand, thoughtfully explores the everyday minutiae involved in warts-and-all courtship: deception, shyness, ecstasy and uncertainty, for starters. The intelligent verbal sparring is matched with twee-on-testosterone riffs, percussive flourishes, new-wave grooviness and grungy Sebadoh-isms — the latter largely thanks to Gary Lightbody’s uncanny vocal resemblance to Lou Barlow.

10. Various Artists, Garden State Soundtrack (Epic). Even if you didn’t see the movie — a group hug to adrift, self-medicating twentysomethings — you can still find transcendence in its tunes. A Big Chill soundtrack for the iPod generation, Garden State captures the humbling romantic desperation and frustrated ennui of post-college living. Classic folk ditties by Nick Drake and Simon and Garfunkel anchor more modern examples of poetic vulnerability: Iron & Wine deconstructs the Postal Service with breathy melancholia, Frou Frou trip-hops through a tribal electronica freefall, and — oh, yes — the Shins just might change your life with their coffeehouse strummer “New Slang.”