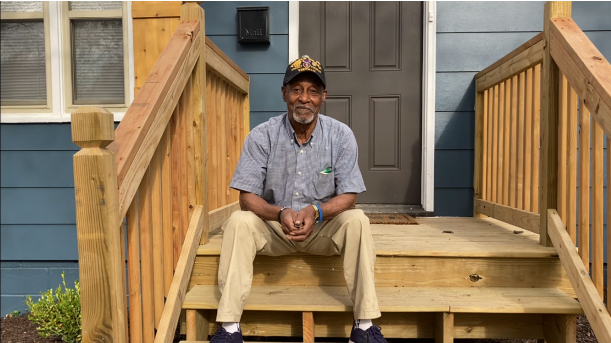 Community land trusts officially began in Georgia in 1969 as part of the southern civil rights movement. They provided affordable housing to people who were racially and economically discriminated against (often one in the same). But by the ‘70s, only a few remained and in rural areas. The first urban CLT began in the 1980s and the number of CLTs across the U.S. has steadily increased to today. Now there are over 260 land trusts in 46 states, D.C., and Puerto Rico.

One of those is the Marlborough Community Land Trust, which began after a decade of work by the Marlborough Community Coalition to create more equitable housing conditions in the area. The neighborhood is one in Southeast Kansas City that is affected by the grim legacy of redlining. It is defined by 71st Street on the north, Bruce R. Watkins Drive on the east, East 85th Street on the south, and Troost Avenue on the west.

In 2019, after years of research into the CLT model, the Marlborough Community Coalition incorporated MCLT and began work on their first house.

CLTs are different from other low-income housing solutions in many important ways. The parcels of land are held by a single nonprofit organization and are permanently removed from the market. The ground leases last for a long time and are inheritable and mortgageable.

Another important aspect of CLTs is their commitment to preserving the permanent affordability of homes, independent of market swings. This means that gentrification on the part of absentee landlords or real estate developers cannot take hold of the community within the CLT. This is especially important to Rebecca McQuillen, executive director of the Marlborough Community Land Trust.

“I think that, at least for a neighborhood like Marlborough, part of the beauty of it really shines when the market tanks and you have people able to stay in their homes—not losing their wealth to foreclosure,” McQuillen says. “The foreclosure rate with the CLT model is extremely low. So then you have people riding through the rough times with a partnership, and you have a whole community coming out on the other side without a massive loss of wealth.”

The reason homeowners and residents are able to survive rollercoaster-like fluctuations in the housing market and maintain the affordability of housing prices in the face of development and gentrification is dual ownership. Under dual ownership, MCLT sells the house to a homeowner but continues ownership of the land on which the house sits. MCLT then leases the land to the homebuyer in a ground lease. This means that homebuyer will receive a percentage of equity in the home but the home price will not increase quickly. The ground lease and gradual price increases ensure that the home will always be owned by a low-income person.

“From the bottom of my heart, I love my neighbors,” says McQuillen. “They’re just these amazing people. This is the first home that my husband and I’ve owned. I just couldn’t imagine having better, nicer, kinder, more wonderful people. I just love it. They’re our first-ever neighbors. I absolutely love all the residents of the community.” 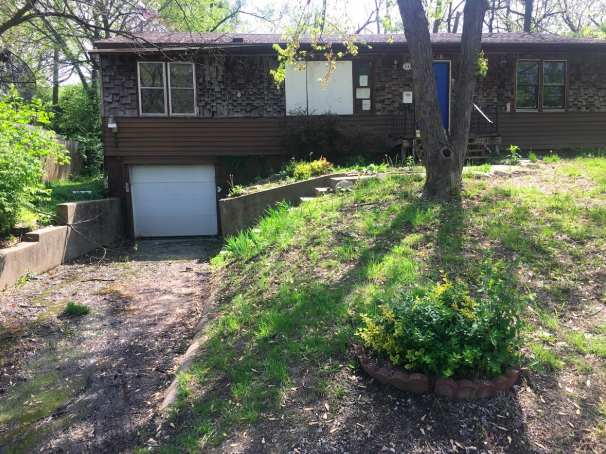 After Ost-Everley’s death, her house went unoccupied and eventually fell into disrepair. It had a sewer backup issue, and raw sewage was flowing across the driveway and even across the street. MCLT bought the property and refurbished it. On January 29, Betty’s old house became MCLT’s first perpetually affordable house.

Bonner, a 74-year-old veteran, jumped at the chance to buy his friend’s house. To him, it represented a continuance of her memory as well as the chance to become a first-time homeowner.

“I’m 74 years old, and I’m buying a home,” Bonner says. “We’re enjoying it. I’m just overjoyed that I got the chance to buy this house, not only because I’ve been here in the neighborhood for a long time. But I think Betty would rather I have it than someone not from the neighborhood, because I plan on taking care of it, improving on it, whenever I can. I’m sure this is what she would have wanted.”

The act of restoring a neighborhood advocate’s house to become a symbol of economic stability and affordability was an emotional one for all involved. 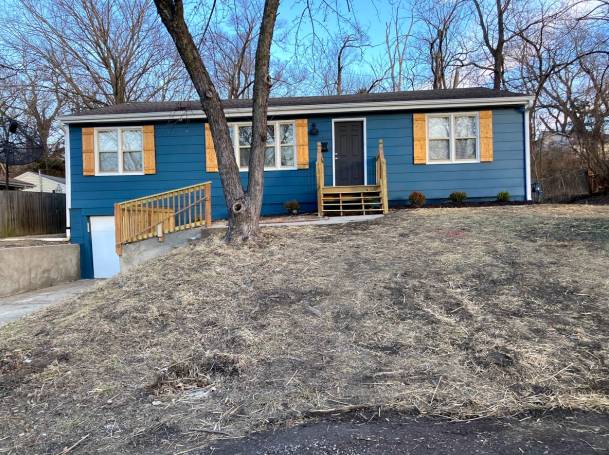 “I think the thing that’s most exciting to me about the first Marlborough Community Land Trust sale is we were able to use a neighborhood contractor and sell the home to somebody who had lived in the neighborhood for a long time,” McQuillen says. “It sort of really exemplified in a small capital, while we’re trying to allow long term tenants to be able to buy into the community where they’re living, and not have to disrupt the stability of their family in order to buy a home, but also be able to buy a house that’s really great and safe for their family. So nobody has to change schools, nobody has to recreate that support network that’s so often our neighbors.”

Bonner’s three granddaughters live with him. Buying the house from MCLT means they have more room in the new house. It also means they would also be able to stay with their friends at the same school they’ve been attending. Without the community land trust model, a low-income homebuyer like Bonner likely would have been forced to continue renting or move to a different neighborhood.

“My oldest granddaughter cried. She literally cried and said ‘Thank you, papa, thank you.’ Because all of her friends are here,” says Bonner. “They didn’t have a lot of friends until they moved here. They’ve gotten to know the neighbors, everybody knows them. When I told them that they were going to be still staying in the neighborhood, they all just jumped for joy.”

A team of volunteers, in conjunction with Blue Ridge Bank Lessen contracts and the H&R Block Foundation, refurbished the house and were able to price it at 50% of the area’s median income. Ensuring that Marlborough stays perpetually affordable for neighborhood and low-income residents.

For Bonner, that means low-income families such as his are able to fully participate in their neighborhoods—adding equity to their homes as well as creating better opportunities for their futures.

“It means that opportunity for low-income families, such as mine, to own their own home,” Bonner says. “My hat is off to them. I’ll do whatever it takes to keep them going, they can always count on me. I will always have something good to say about Marlborough Community Land Trusts.”

McQuillen can already see the success of MCLT from their first home sale. For her and the other members of the land trust, success doesn’t end with this first home sale. They plan to continue to show the self-sustaining growth of land trusts as they continue to meet the growing needs of the Marlborough neighborhood. McQuillen also hopes that MCLT’s success serves as an example for others—one that can benefit the city at large if adopted on a larger scale.

“I’m hopeful that we’re able to start really meeting the demand,” says McQuillen. “If we can create these vital partnerships with other organizations building affordable housing, then we’re [not only] able to meet the supply of this generation, but also look long term and realize that in five years, 10 years, there’s going to be maybe a different set of homebuyers looking to buy the house and be able to serve that generation too. So it’s not done right now. It’s really forward-thinking. I want to be prepared to serve as many people as are interested in buying into the CLT.”

The Marlborough Community Land Trust has another house that is ready to come on the market, as well as two infill houses they can start building on. They also have pending applications for 10 more infill houses. These houses are an example of how self-sustaining the land trust model is. For the MCLT, it means taking control of their neighborhood and ensuring everyone has equal access to housing.