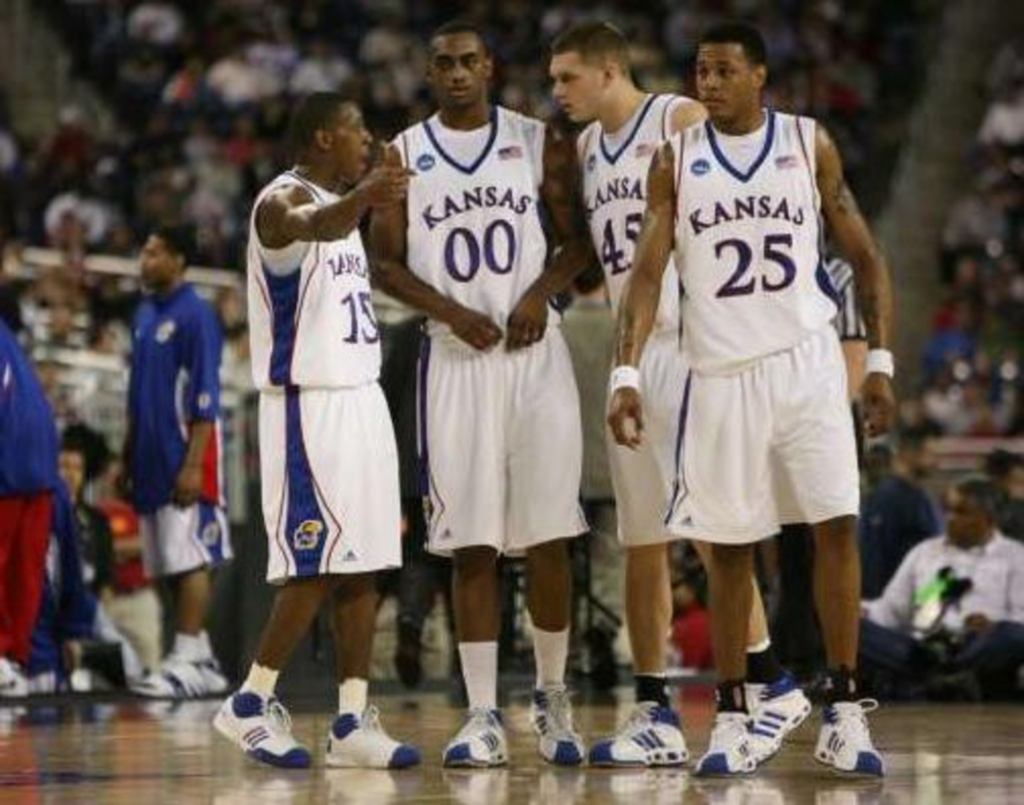 According to ESPN, former Jayhawks Mario Chalmers and Darrell Arthur were booted from an NBA rookie program on Wednesday after allegedly being caught in their hotel rooms with marijuana.

It’s a surprising story. Not because Chalmers and Arthur brought the University of Kansas a national championship. What’s odd is that the NBA cares.

Considering current and former players have attested to the widespread smoking of pot, it almost seems like there’s something missing from ESPN’s story. Perhaps what led to the violation wasn’t that they were smoking a bit of grass but the way in which they were smoking it.

Arthur and Chalmers, just out of college as they are, could’ve been wasting their weed in rolling papers instead of a pot-conserving water bowl. An NBA official could’ve stumbled upon the scene and fined them $20,000 apiece for flagrant disregard of the bud, something that’s probably a rulebook violation in the pros.

Or perhaps it was their alleged lonely method of smoking out. No entourage? No bitches? No group of teammates puffing smoke out of a cracked window so housekeeping didn’t detect the smell?

There’s always the possibility of a source-sharing violation. The two were lighting up at the Doral Arrowwood resort in Rye Brook, New York. Can you imagine how hard it would be to find a source in a tiny town like Rye Brook? Maybe they found a valet or the dude at the smoothie place. And they just smoke it up, just the two of them, while surrounded by pot-loving NBA players?

Not cool, Mario and Darrell. Not cool.